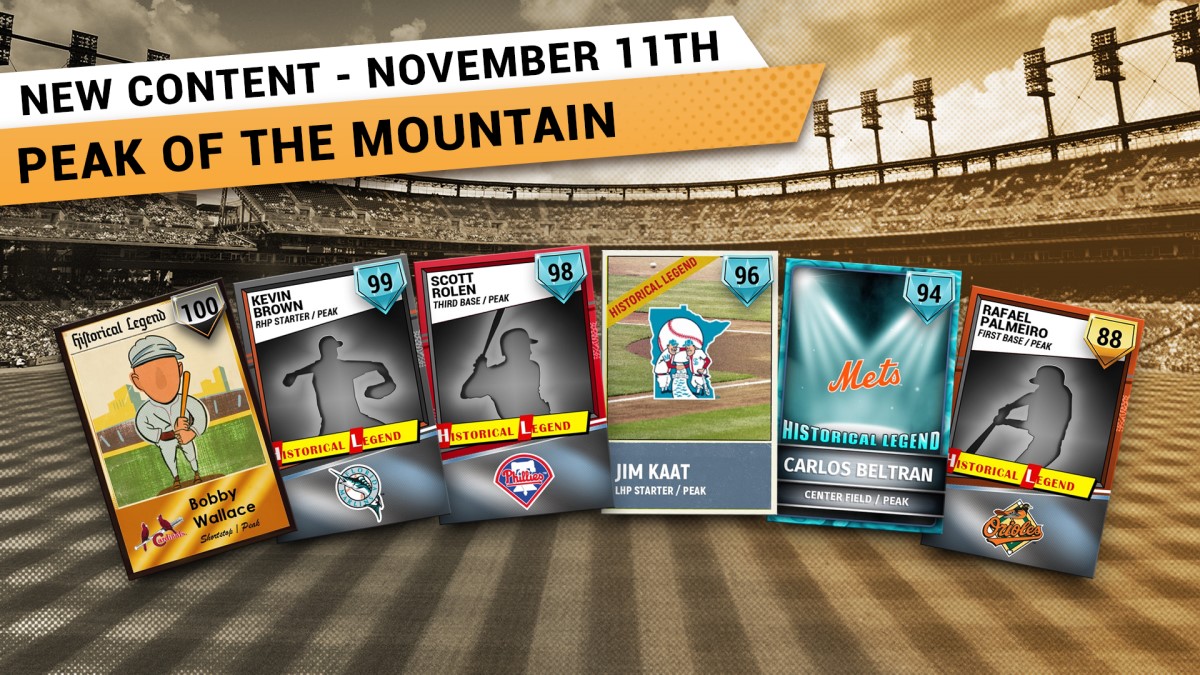 Some Major League Baseball legends are well-known, while others have faded somewhat from the public consciousness over the decades. This week, we highlight six incredible players at the peak of their performance, ranging from Gold to Diamond to Perfect. It’s an amazing set of new content that is sure to help round out your Perfect Team roster – just in time for Perfect Team Tournaments!

Plus! Giant news – the Perfect Team Tournaments mode is now live in Public Beta! Grab the latest version of Out of the Park Baseball 20 for your first chance to experience the massive new addition to our game since Perfect Team over a year ago.

If you’ve been on the fence about Out of the Park Baseball 20, it’s now just $19.99 for the whole offseason! You can get it directly from the OOTP website, from Steam, or from Origin.

MLB’s Peak of the Mountain

The OOTP Now Podcast: Life with the Trenton Thunder

Every Tuesday brings a new episode of OOTP Now, the popular podcast produced by the Out of the Park Developments crew. This week, host Rich Grisham chatted with the Trenton Thunder’s Jon Mozes all about helping run the New York Yankees’ AA farm club. It’s a fantastic episode with all sorts of fascinating stories about life in the high minors.

Every Thursday brings a new episode of The Kevin Kennedy Show, brought to you by Out of the Park Baseball. Rich Grisham talks baseball with MLB player, manager, and announcer Kevin Kennedy, and no topic is off limits! This past week, the two went in-depth on all the managerial hirings and who has the best chance to be successful.

OOTP’s This Week In Perfect Team: MLB’s Best Mustaches!
Public Beta For Perfect Team Tournaments Available For Out of the Park Baseball 20