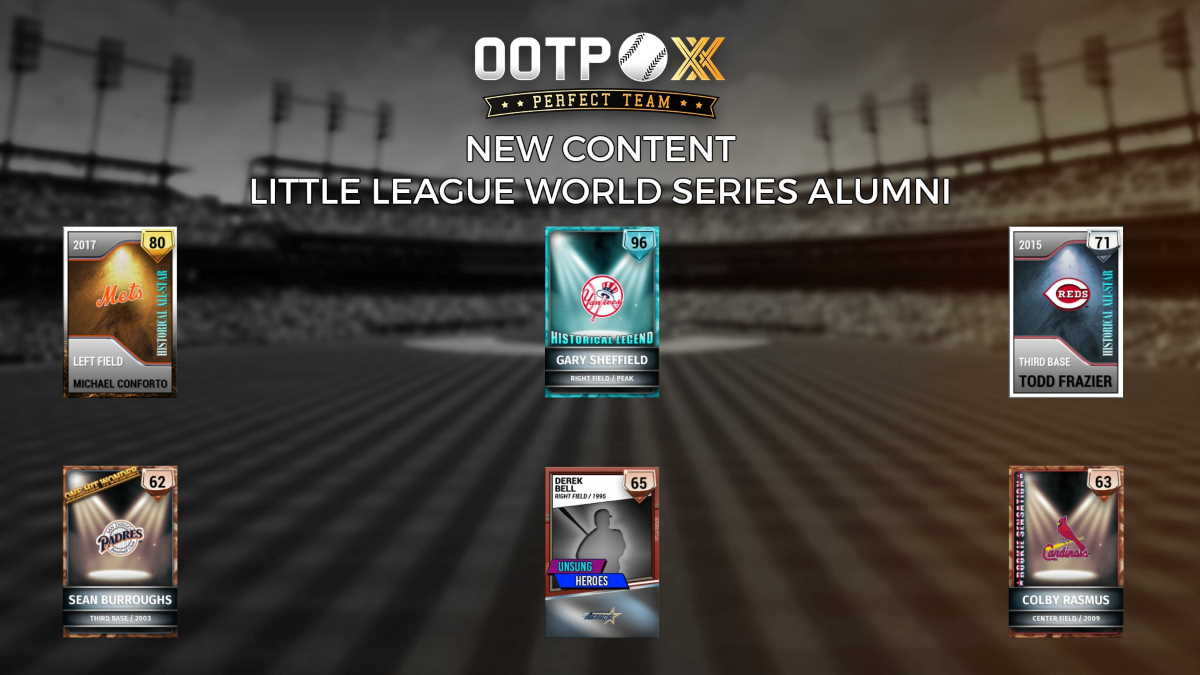 The 2019 Little League World Series tournament has gotten underway in South Williamsport, PA, so This Week in Perfect Team host Kris Jardine thought it was a perfect time to introduce 6 new cards featuring alumni from past tournaments. There’s a good chance a couple kids from this year’s edition could find themselves in the big leagues in 15 years or so.

You can catch up on the newest episode of This Week in Perfect Team on YouTube, and you can watch future TWiPT episodes live every Monday at 9 PM ET at Twitch.tv/ootpdevelopments.

One of the great things about Perfect Team is the fact that you can sign up, rip your starter packs, and join the fun any time. To see what all the fuss is about, pick up Out of the Park Baseball 20, which is available now on Steam and through the OOTP Developments website.

Meanwhile, Rich Grisham, host of the popular OOTP Now podcast, brought Jardine onto this week’s episode to talk about the MLB pennant races, which have started to heat up in some unexpected ways. For example, the Mets and Indians have both gone on winning streaks and become contenders, and Grisham and Jardine talk about that and more. They also chat about the latest Perfect Team content.

How’s your Perfect Team doing in your league’s pennant race? Rip a few packs and see if you can snag the right players to put you in the right position for the playoffs! See you next week!