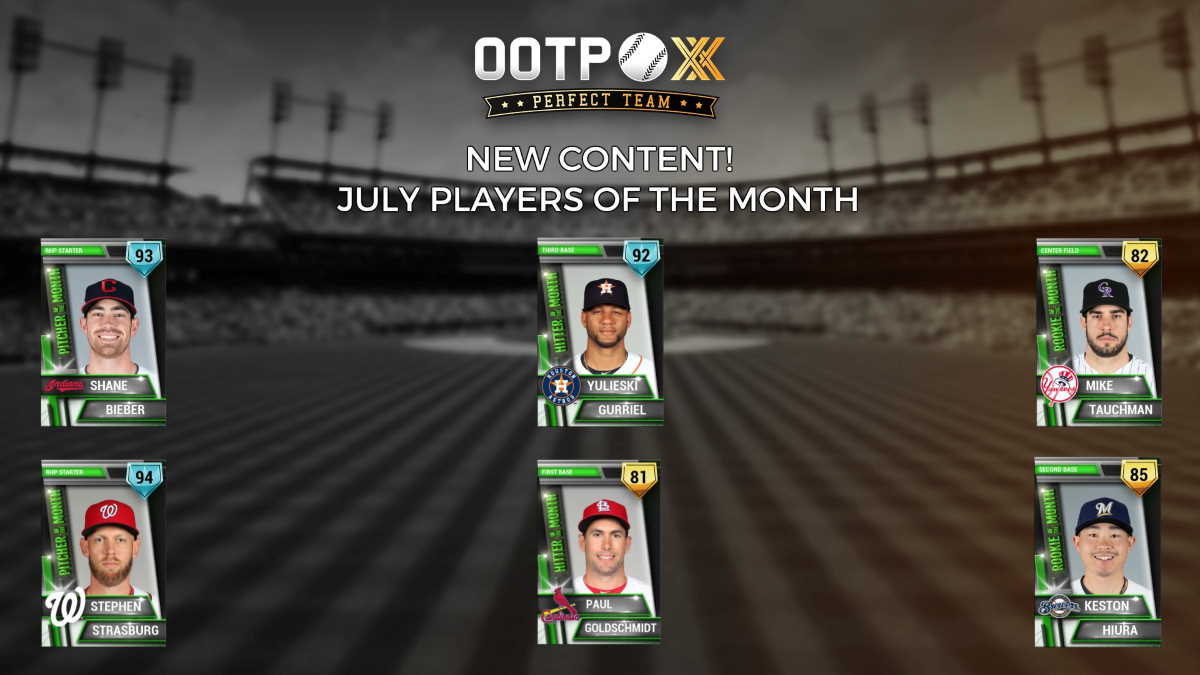 One of the many great things about Out of the Park Baseball’s Perfect Team is that there are seemingly endless ways to add new cards to the game. This Week in Perfect Team host Kris Jardine showcased two of them on Monday night when he unveiled new cards honoring July’s Players of the Month in Major League Baseball, as well as a group of Future Legends.

You can catch up on the newest episode of This Week in Perfect Team on YouTube, and you can see future TWiPT episodes live every Monday at 9 PM ET at Twitch.tv/ootpdevelopments.

July 2019 Players of the Month 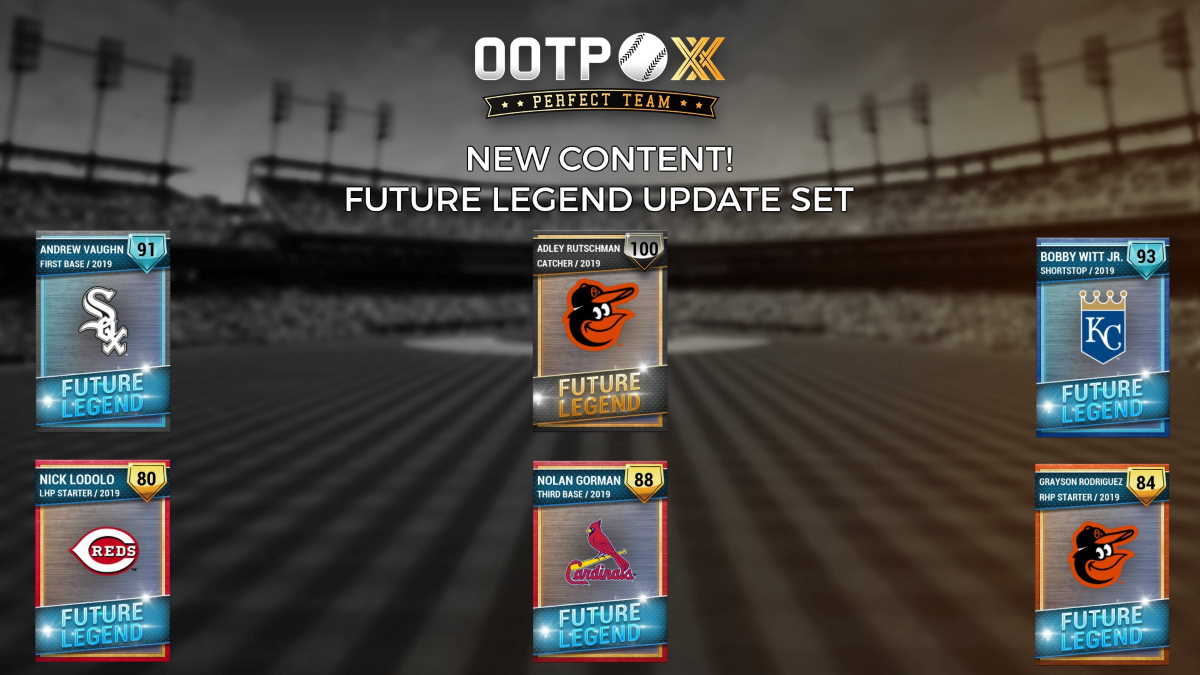 The OOTP Now Podcast: Getting Into Franchise Hockey Manager

This week’s episode of the popular OOTP Now podcast shifted gears as host Rich Grisham welcomed Franchise Hockey Manager 5 streamer Greg Stewart, who has spent time on the media and development sides of the gaming industry. He streams FHM 5 every other Saturday, drawing on his deep NHL knowledge to keep his audience entertained.

Grisham talked about all that as well as Stewart’s 1991-92 Pittsburgh Penguins sim. If you’re chomping at the bit for some hockey action too, you can grab FHM 5 on Steam or at the OOTP Developments site for just $19.99.

That was a lot of stuff going on this week. After you get caught up, we hope you get a chance to rip a few packs in Perfect Team! See you next week!