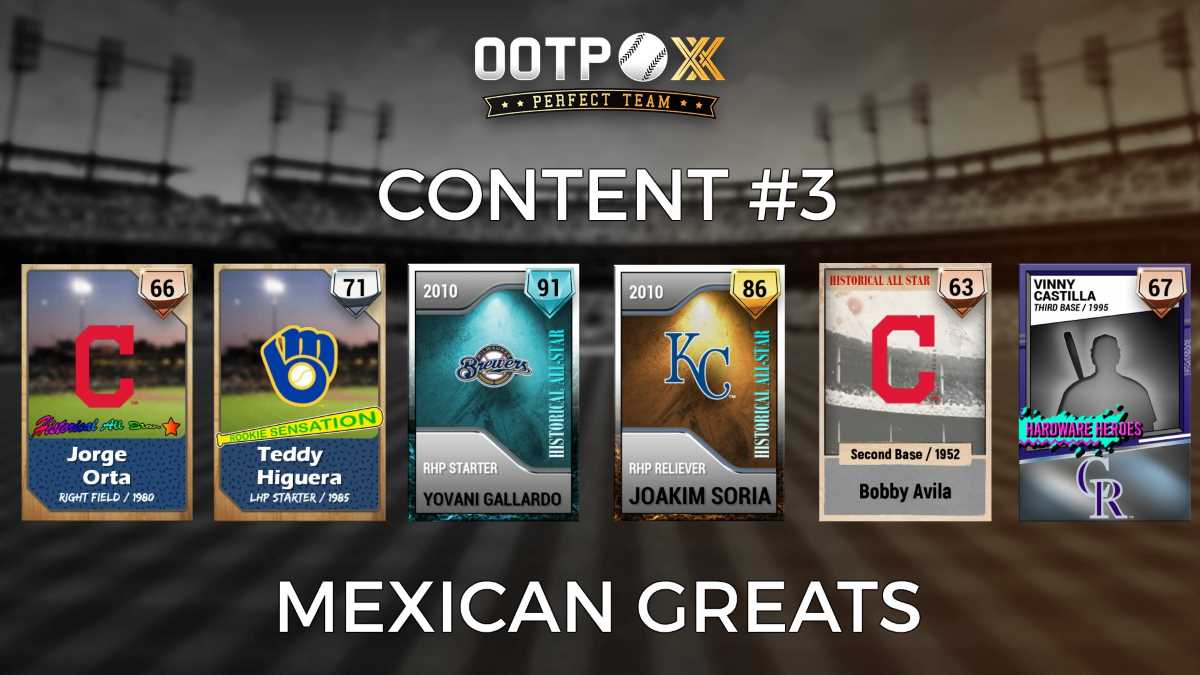 With Major League Baseball’s Mexico Series continuing this weekend as the St. Louis Cardinals take on the Cincinnati Reds in Monterrey, the latest edition of This Week in Perfect Team (TWiPT) used the event as inspiration six of MLB’s Mexican greats.

OOTP Developments’ Perfect Team Community Manager Kris Jardine, who hosts TWiPT, also recapped all of the Season 2 action in Out of the Park Baseball’s Perfect Team, including the first 60 home run campaign in PT 20. He also discussed the April 8th live roster update in OOTP 20, which adjusted the ratings of hundreds of players based on how they’ve played since Opening Day.

You can check out the replay on YouTube and catch future episodes live every Monday at 9 PM ET at Twitch.tv/ootpdevelopments.

Live Services is a great new feature in OOTP 20 that lets you start a new season on a specific date and have the game reflect up-to-date rosters, standings, stats and player ratings. You can also update the player ratings in a current game based on their real world performances. It’s perfect for seeing if you can keep a team’s hot start going or turn around a disappointing first few weeks of the season.

Here are the 6 new cards revealed by Jardine this week:

Meanwhile, the latest episode of the OOTP Now podcast featured host Rich Grisham discussing the main trends in this nascent 2019 season with writer Paul Sporer. Grisham also imparts his new approach to Perfect Team and brings in Jardine and OOTP Community Lead T.J. Lauerman to discuss the latest TWiPT as well as Lauerman’s Redbirds Rising series, which broadcasts on the OOTP Developments Twitch channel on Tuesdays at 9 PM Eastern.

How are you doing in Perfect Team so far this year? We hope you have plenty of packs to rip as you seek the perfect cards to help your team reach the Perfect Leagues!