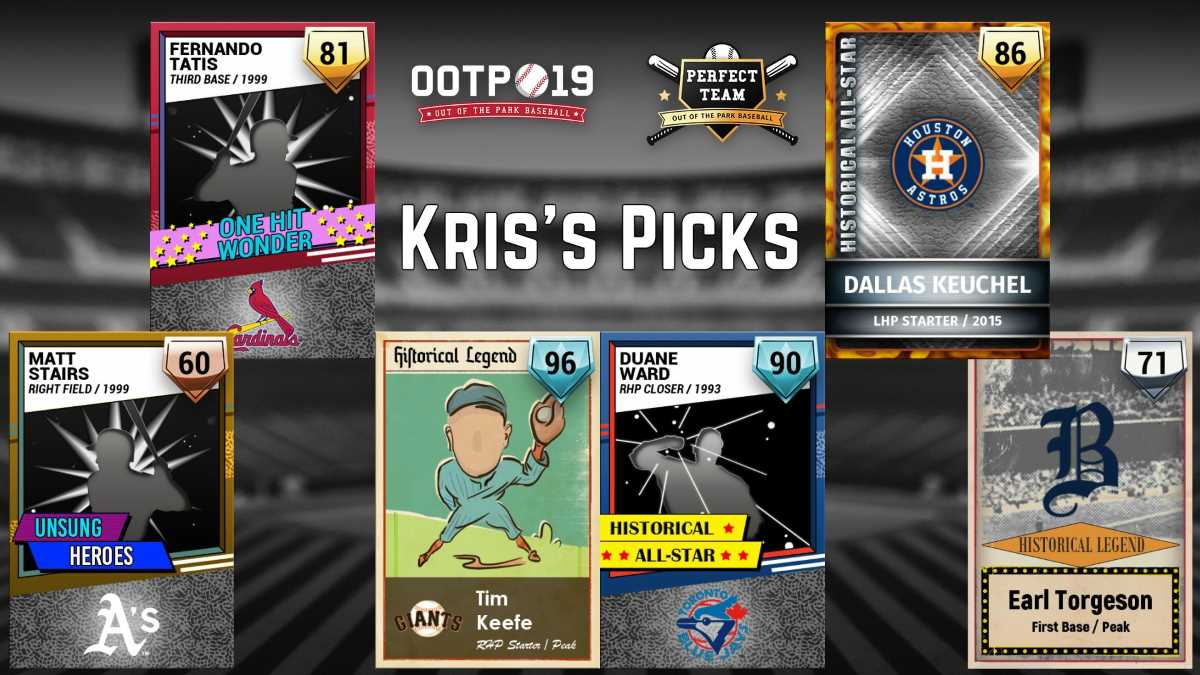 This week, Perfect Team Community Manager Kris Jardine was on the company’s Twitch channel to unveil six new Perfect Team cards that fit into a personal theme: a celebration of his birthday on Jan. 1. He noted that four of the cards featured players also born on Jan. 1, while the other two were players that held personal significance for him.

You can catch the replay on the OOTP YouTube channel. In addition to showing off the six new Perfect Team cards, which made their debut in OOTP at the same time they were shown off in the Twitch stream, Jardine talked about pitcher ratings. Wondering what the Stuff, Movement, and Control ratings mean and which ones are more desirable for different pitching roles? Jardine explains it all.

The six new cards unveiled were:

How’s your team doing in Perfect Team? Maybe you’ll score one or more of these cards the next time you rip some packs!

We’ve got some other great news too! You can get Out of the Park Baseball for just $4.99 (that’s 75% off) now through January 3 during the Steam Winter Sale or directly from Out of the Park Developments! It’s the best way to start checking out Perfect Team and play the deepest, most fun strategy baseball game on the market. Read all about the sale right here!

Finally, be sure to also check out the latest episode in the OOTP Now podcast, featuring Franchise Hockey Manager producer Jeff Riddolls chatting with host and OOTP Developments CMO Rich Grisham about all the ways to play FHM 5, which is on sale during the Steam Winter Sale too. FHM 5 is also 75% off (it’s just $9.99!).

Jardine and OOTP Community Lead T.J. Lauerman also talked to Grisham about the thrill of victory and the agony of defeat in Perfect Team and answered listener questions.

Until next time, keep ripping those packs in search of your own personal Perfect Team!

Cancel reply
Comment on this article
Continue Reading
You may also like...
Related Topics:ootp, OOTP Perfect Team, out of the park baseball 19, perfect team, spotlight

Get 75% Off on Out of the Park Baseball 19 and Franchise Hockey Manager 5 Until January 3, 2019
OOTP This Week in Perfect Team: The First Batch of Community Requested Cards