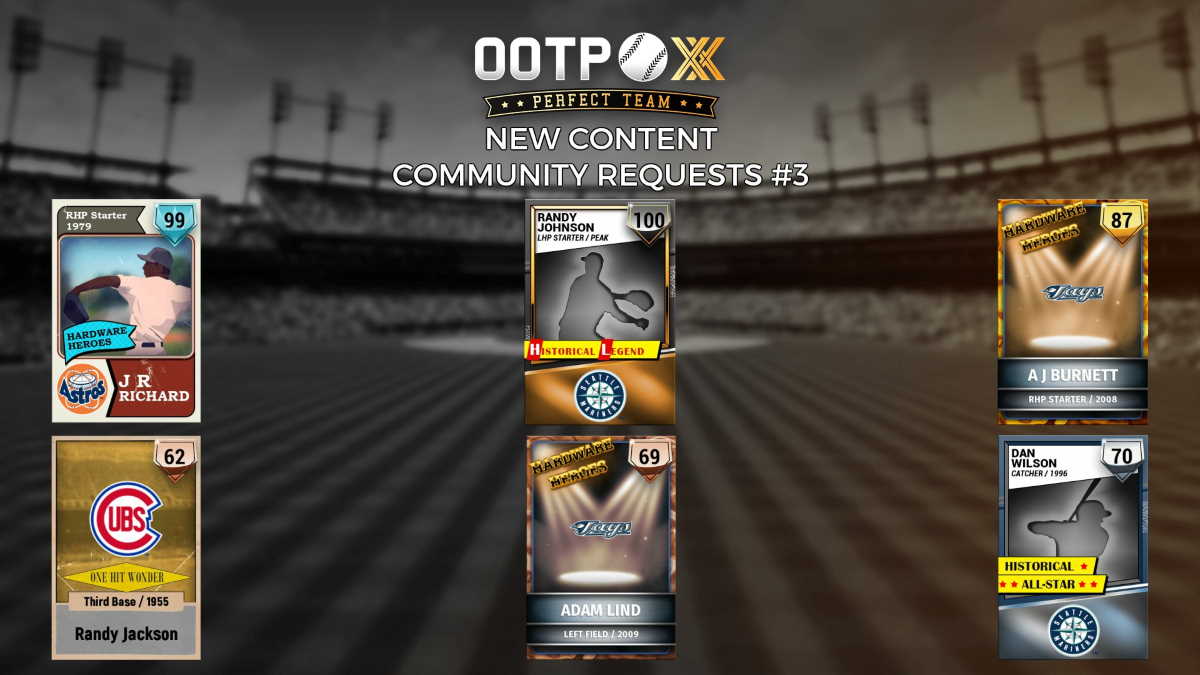 The Out of the Park Baseball crew is back from the All-Star Game in Cleveland and in the swing of new Perfect Team updates. This Week in Perfect Team host Kris Jardine used his show this week to introduce 6 new cards that feature the community’s top requests. If there are cards you want to see added to the game, fill out this Google Doc to make your request.

You can catch a replay of this week’s TWIPT episode on YouTube, and you can watch future airings live every Monday at 9 PM ET at Twitch.tv/ootpdevelopments. Next week, you can look forward to the new Perfect Team missions that will be added on Monday, July 22.

The OOTP Now Podcast: A Final Report From the All-Star Game

In this week’s episode of the popular OOTP Now podcast, host Rich Grisham was joined by This Week in Perfect Team host Kris Jardine for a discussion of everything that happened during the OOTP team’s time in Cleveland for the midsummer classic.

After you’re done catching up on This Week in Perfect team and OOTP Now, rip a few packs and see if you can find that Perfect Randy Johnson or another amazing card to add to your roster! See you next week!