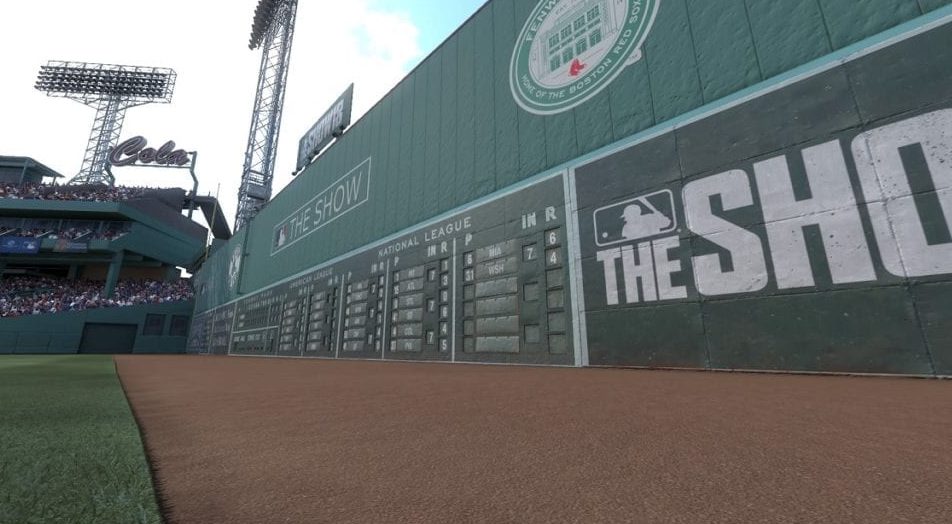 The little things. So real, it’s unreal. Both terms have been used and are proud statements for MLB The Show. The “little things” also tie into one of our favorite threads we like posting in the forums each year where people drop in and talk about little touches they’ve seen in the game that may otherwise go unnoticed. With that in mind, I wanted to take a look at nine “little things” I want to see in MLB 19 The Show. Some are a little more out there than others, but I think each has its place in the series moving forward.

1. Interactive Trivia During The Ballgame

During television broadcasts, you often see a trivia question appear. It may be something like, “who is the all-time home run leader for the Dodgers”, or “what team has won three World Series in a four-year span?” It would be very cool to have the ability to have an interactive trivia question after the third inning that lets you choose the answer. When you select your choice, you would not be given the answer until the sixth or seventh inning. A correct answer can translate into XP, or Stubs or some other type of reward. 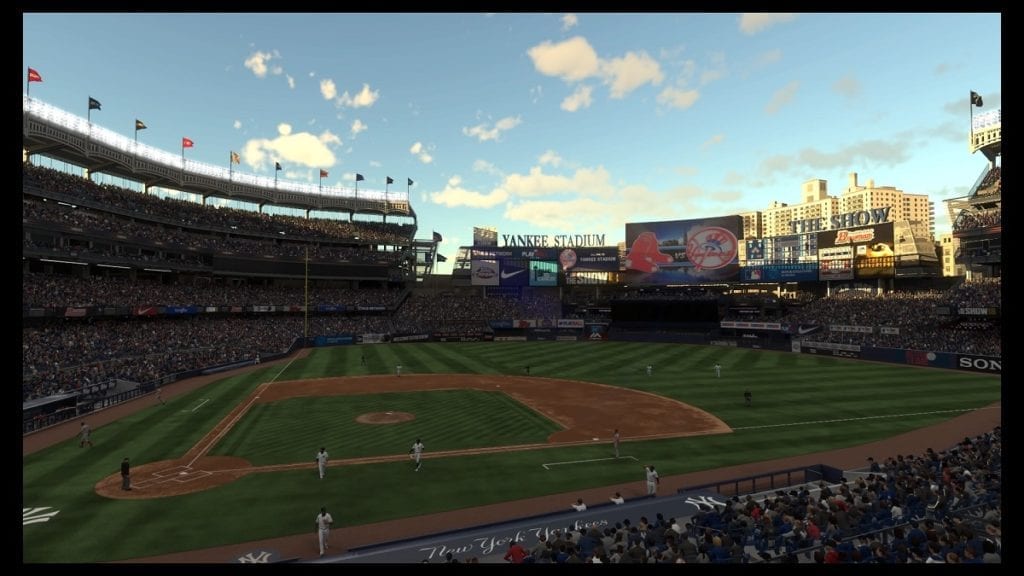 Baseball is all about stats. Statistics change as the situations change. For example, what is the batting average of a player against left-handed hitters? What is the batting average of player when runners are in scoring position? The same goes for pitchers. Does a certain pitcher have a proven history of working his way out of jams, or what’s his shutdown ability with runners in scoring position? What are a pitcher’s win-loss records when taking a lead past the fifth inning?

Give me all these. The more situational statistics the better. It may change the way you approach a 2-2 count with a runner on third. 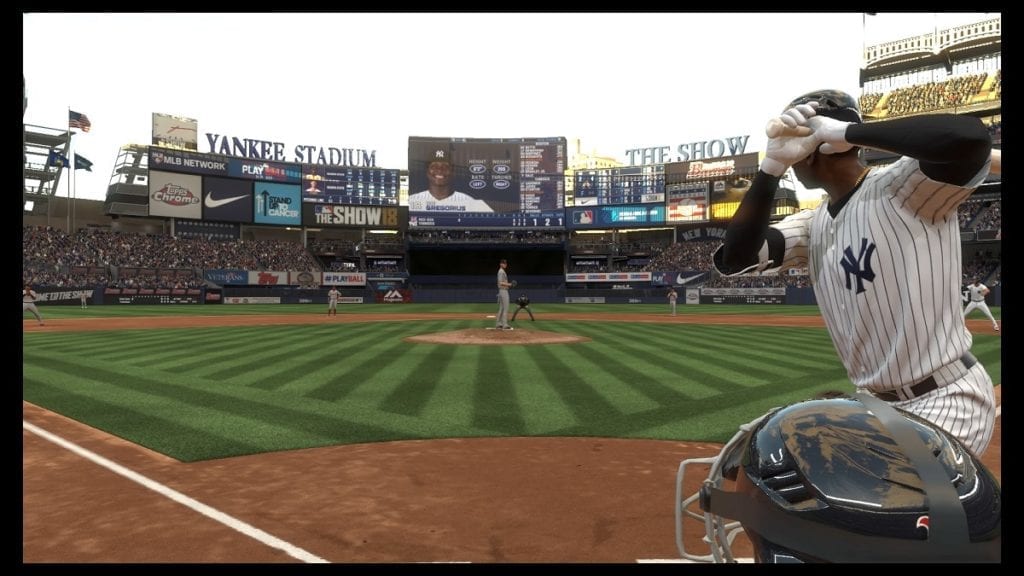 MLB games can sometimes be never-ending affairs, and weather can sometimes drastically change a 3-3 game in the eighth inning. You begin your game in the sun and shortly after the commentators begin speaking about thunderstorms rolling in toward the late innings. As you play through the game, you experience an increase in wind, rain and a variety of dark clouds. The wind begins to affect the flight of the deep fly balls into the outfield. The rain begins to pour, and screaming line drives into the gaps or down the lines hit the grass and slow up instantaneously on a rain-soaked field. What would normally be a double turned into a single. The change in conditions now disadvantages the team behind in the game. 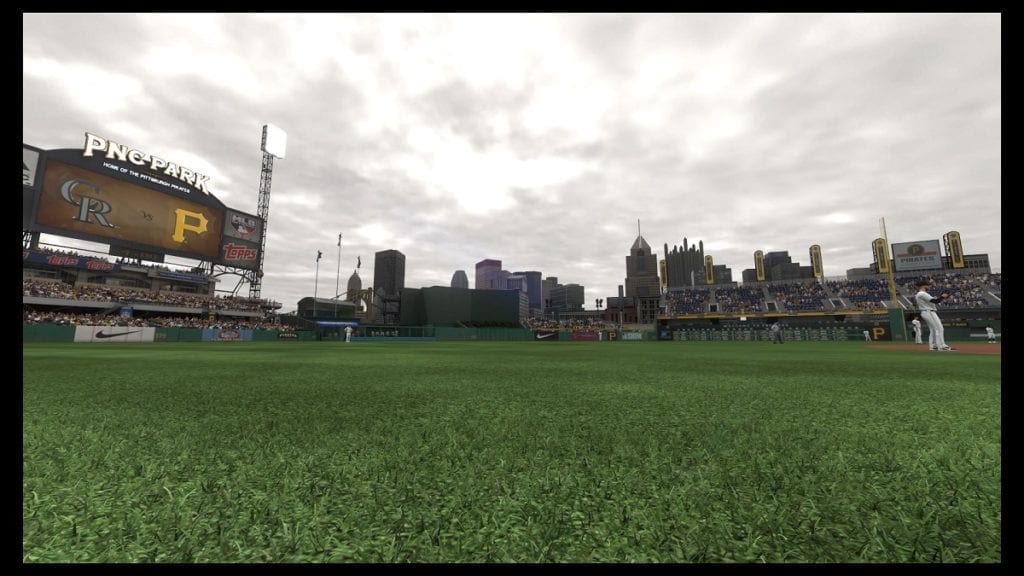 Baseball is known for bubble gum and sunflower seeds. They are everywhere in the dugout, including players spitting sunflowers all over the field. How cool would it be to see Jose Altuve spitting sunflower seeds over at second base in between pitches, or watching Didi Gregorius blow a bubble while he steps out to look at the third-base coach? 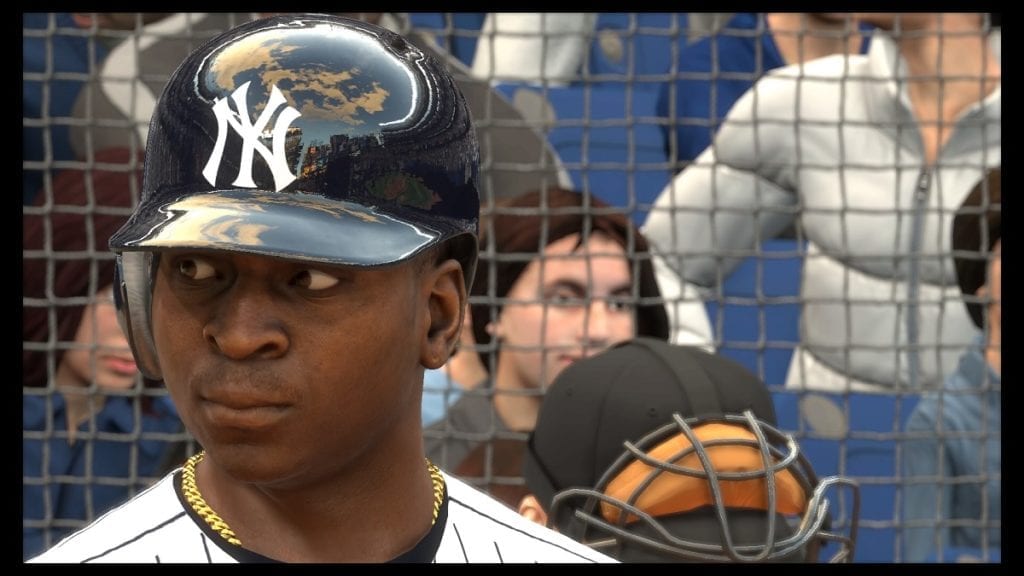 It seems to happen during every game, and in recent memory we had the fan interference controversy in the Red Sox-Astros series this past October. Can you imagine trying to close out a close game in the bottom of the ninth and a fan interferes with your ability to make an out down the foul line? This could be somewhat difficult in terms of adding this animation into a video game — and The Show has dabbled with this stuff in the past — but the addition could be great.

Each ballpark offers a different layout. Differentiating designs in ballparks may be utilized if the batting team can take advantage of it. For example, pulling hits toward the Green Monster in Boston. In situations where these could come into play, it would be awesome to hear the announcers commentate and play off those features. Another example is in Oakland where base hits side spinning down the lines can be taken advantage of because of the excessive room on the foul side of the chalk line. Announcers could even speak about the history of wind blowing in from right field during day games, etc. 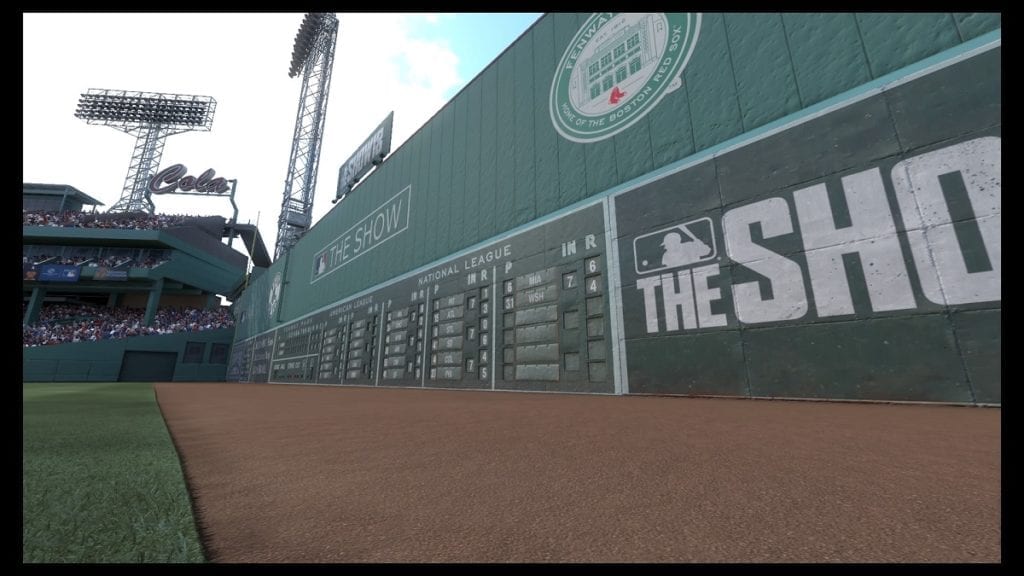 7. Autographs Before The Game

Autographs. A small detailed addition to Road to the Show. As you wait at the loading screen before you start your game, you can be signing autographs for fans using the PS4 controller touchpad. This could occur after finishing games as well. The better your player gets, the more autographs you sign and it could even translate into more XP.

Another distinct feature of attending a sporting event involves the videos being played on the JumboTron. Commercials, team videos and more are often seen on that big ol’ screen. You’ve also got things like the kiss cam in between innings or the dance cam. A small but realistic video on the JumboTron would be another detail that would bring a realistic environment to the game.

9. Players At The Top Of The Dugouts

During every MLB game, you see all the players sitting at the top of the dugout. They have their arms hanging over the rails, and in cold weather, you see them with hoodies over their heads. You see them spitting seeds, yelling at players and umpires, or even messing with each other. The same goes for those no-doubt home runs where you see the players pop off the benches and up onto the railing while losing their minds. 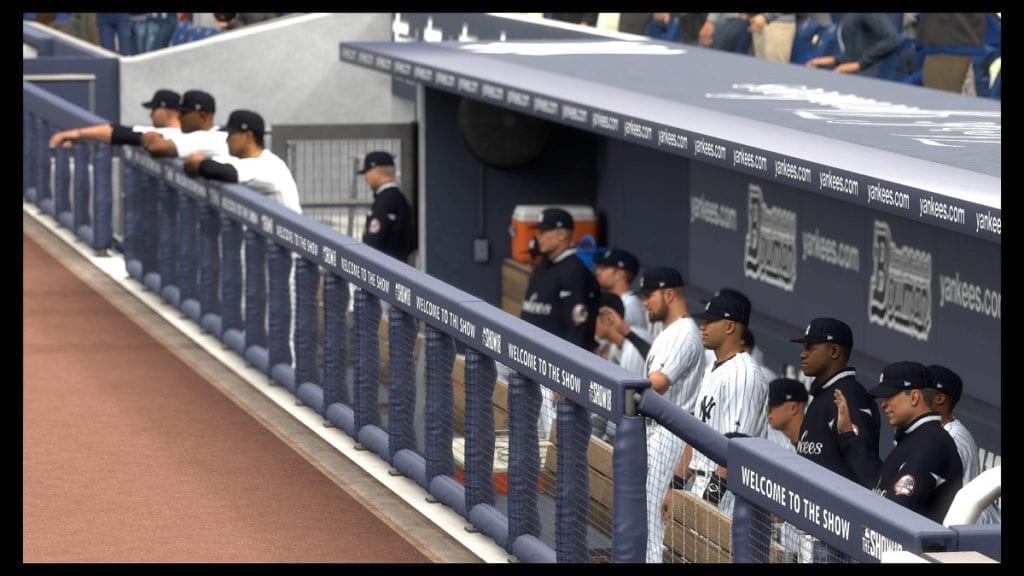 MLB The Show has been fantastic at including subtle realistic details in every new release of the game. Every little detail creates a fresh and fun experience when playing. Among the nine details outlined here, there are many more that can be added (including some that are being talked about on our forums right now). I can’t wait to look for more detailed additions in the release of MLB 19 The Show.