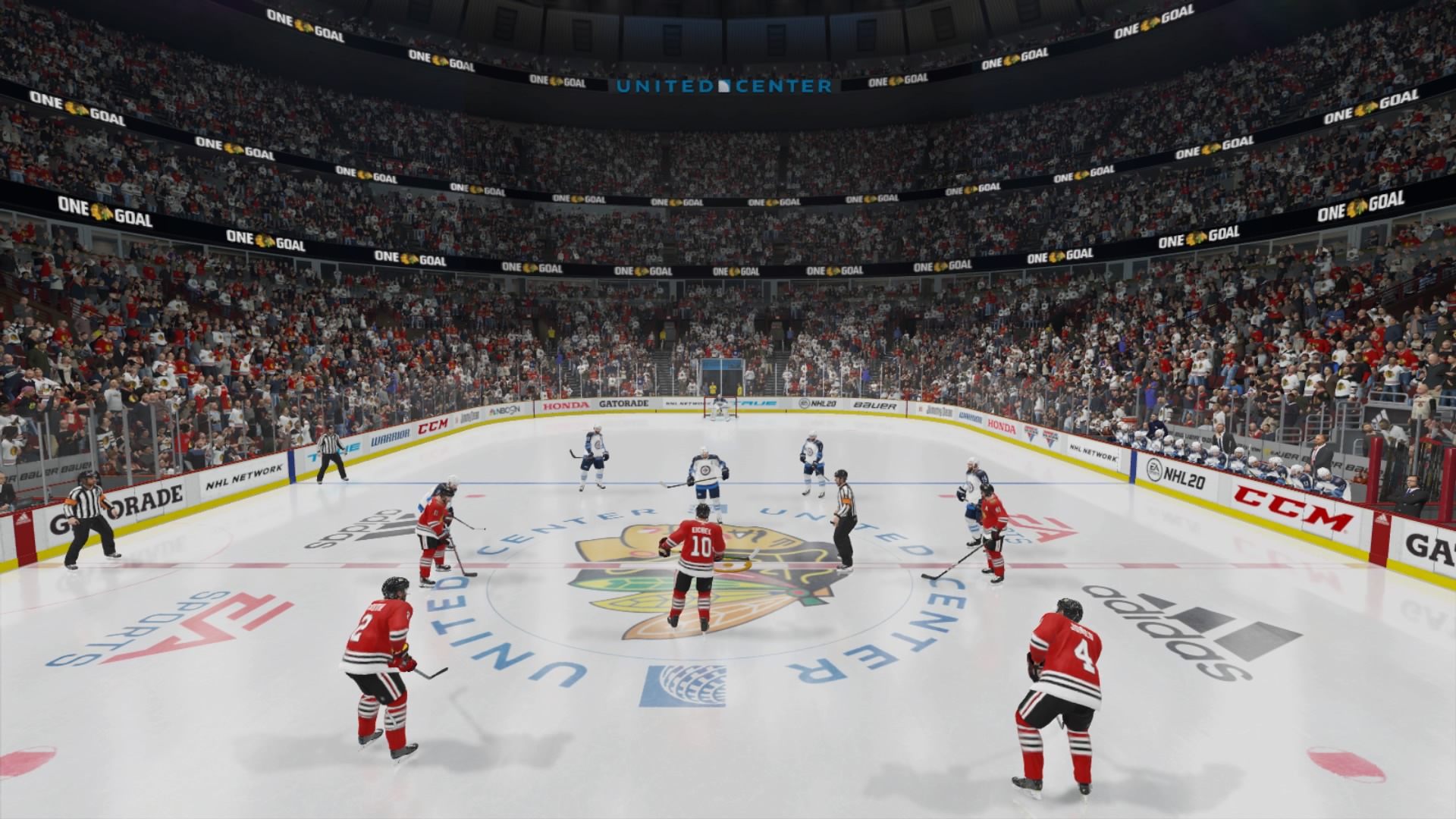 This week I’m back with my third and final NHL 21 wishlist. You can read part one of my NHL 21 wishlist here and part two here. I also want to reiterate before diving back in that my biggest gripe — and this has been the case for years — relates to the arcade-style gameplay. I personally would much rather have an excellent playing but poor looking game rather than an exceptional looking game that plays poorly. So with that tidbit of information in mind, my wishlist will not include any gameplay features. Instead, I will release a full in-depth article specifically focusing on my frustrations with its gameplay in the coming weeks.

Where are the box scores? A major, major negative and particular pet peeve of mine, especially in franchise mode, is the nonexistent box score feature that all other sports games have. It is hard to figure out why such an important feature would still not be included in the game after all these years. Honestly, there is no excuse and EA should be put on notice for failing to include the ability to go back to your previously played games and check out the box scores. 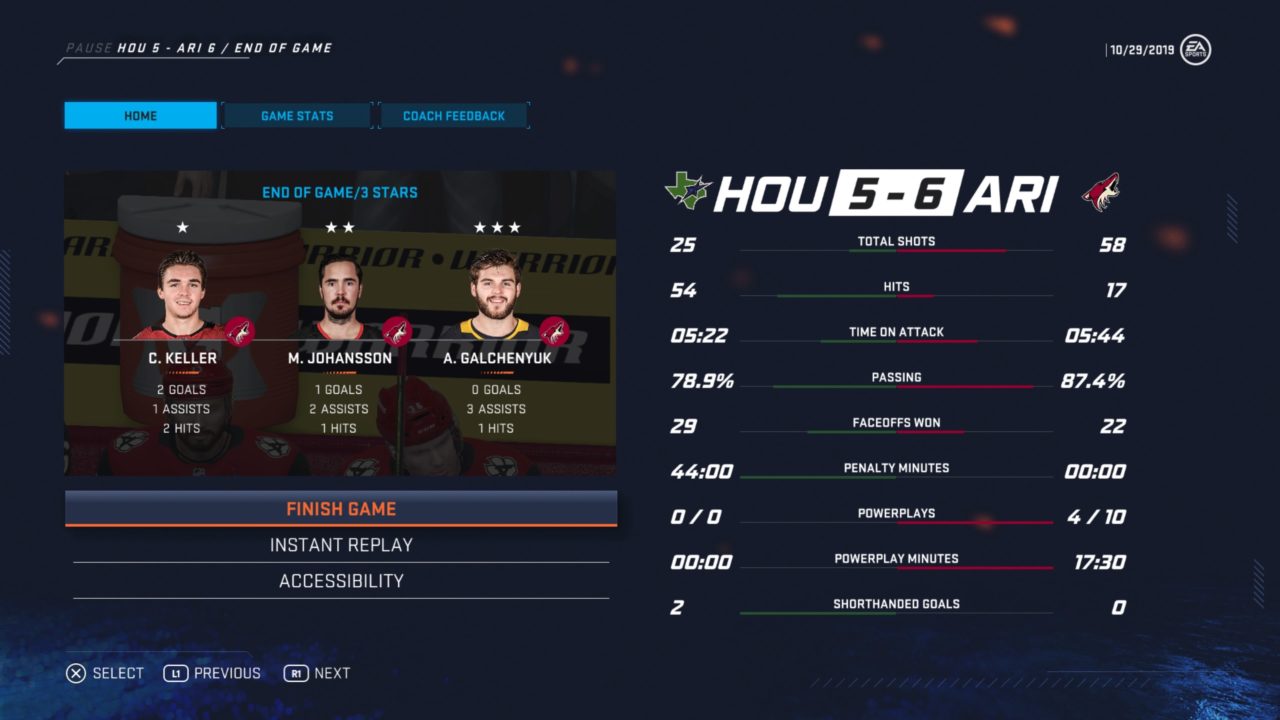 Box scores play such an integral role in sports games. It gives you the added ability to further game plan against certain teams and/or players. Maybe you need to pay particularly close attention to a specific line or player who lit it up last game against you. Maybe the last time you played your next opponent you started your backup goaltender and therefore could possibly gain an edge by starting him again. Even more so, maybe it was an aggressive physical game and you want to make sure you add some grit to your lineup for different results this go around.

Adding to the absurdness is the fact that EA has spent the last two years focusing on improving the overall scouting system. The scouting system has scouting mechanics that fully assess players and provide insightful information. Fog of War is another element that adds a layer of pro scouting to keep you engaged with teams and players around the league. Fog of War will mask certain player attributes as the season progresses, which requires your pro scouts to be sent to watch teams and reveal updated info on the players you want to acquire through trades or free agency.

EA has really hyped all these new scouting features as added depth but yet they won’t add the ability to check box scores from previous games. Hello! That’s the basis of depth. It makes absolutely no sense.

When it comes to franchise mode in the NHL series, keeping up with what is going on around the league is pretty uneventful. Many times big stories or career milestones go unnoticed and are not even celebrated in NHL 20. There is not any feeling of connection or inclusion within your league. In the real NHL, news from just about every team seems to be breaking almost daily, but in NHL 20 the league really does not feel like it is a league with 31 teams/GMs. 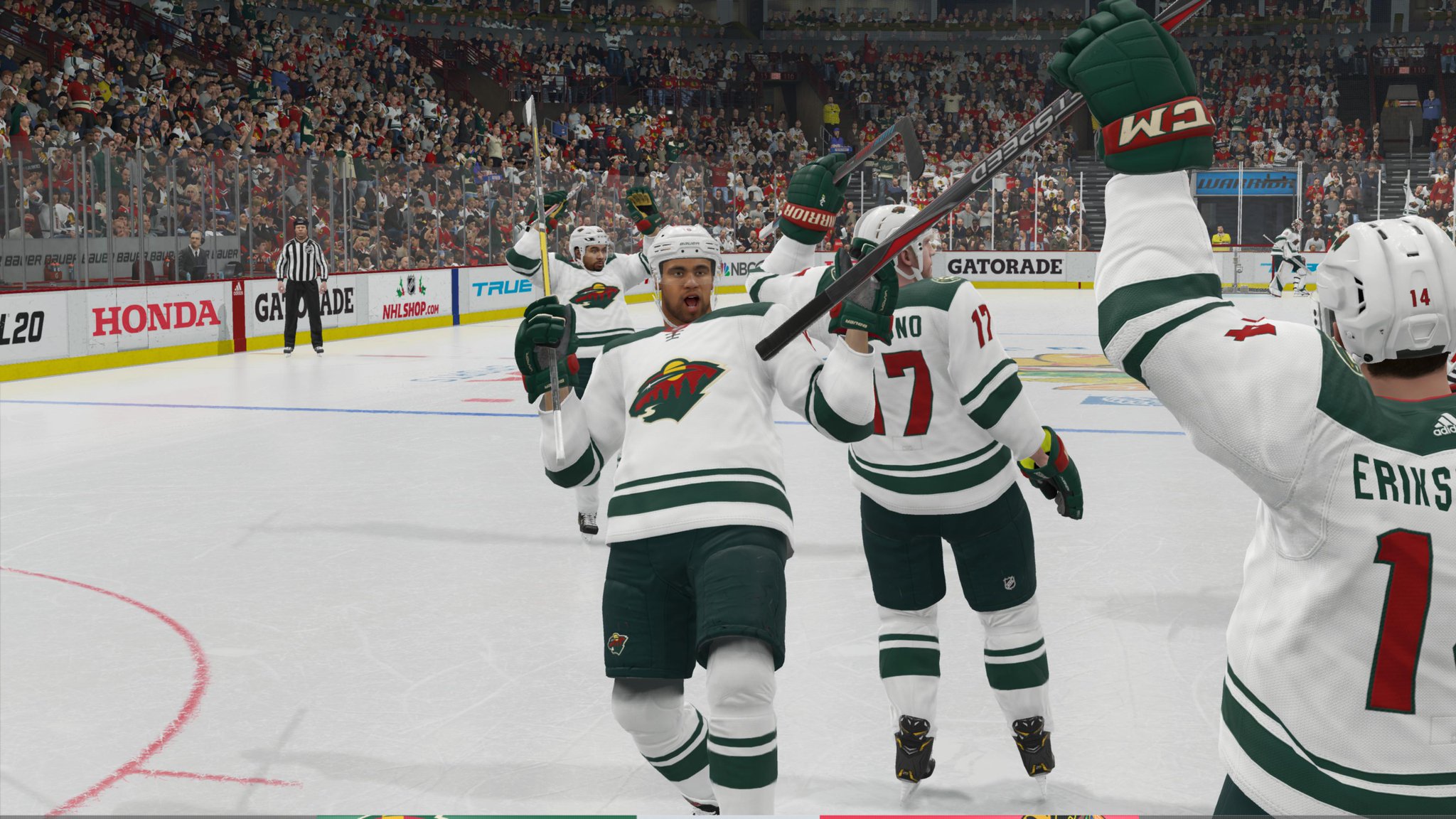 In fairness, over the last couple years EA has added more arena details customized to specific teams — like in San Jose when going on the power play the crowd does the shark chomp. However, to me most arenas and crowds feel the same. Arenas like the Madhouse on Madison in Chicago do not feel all that mad. Additionally, even in intense moments I do not feel any energy or excitement from within the arena. To be completely honest though, I do not not have great ideas in terms of how EA could enhance each team’s arena atmosphere beyond adding more team-specific details. I just know that no arena or situation feels special. Instead, it all just really feels basic and generic.

This is one that — despite a lot of NHL gamers asking for it every year — has gone unanswered for a number of years now. The last time EA released a PC version of the NHL game was over a decade ago, way back in September 2008 for NHL 09. It is hard to believe that 12 years have passed since the game was released on PC, and with that length of time in between releases it doesn’t seem like we will be getting a PC version anytime soon. Perhaps, we need to come to terms with the fact that the NHL series is not returning to PC and call it a day. This way maybe EA will surprise us? Yeah, probably not. 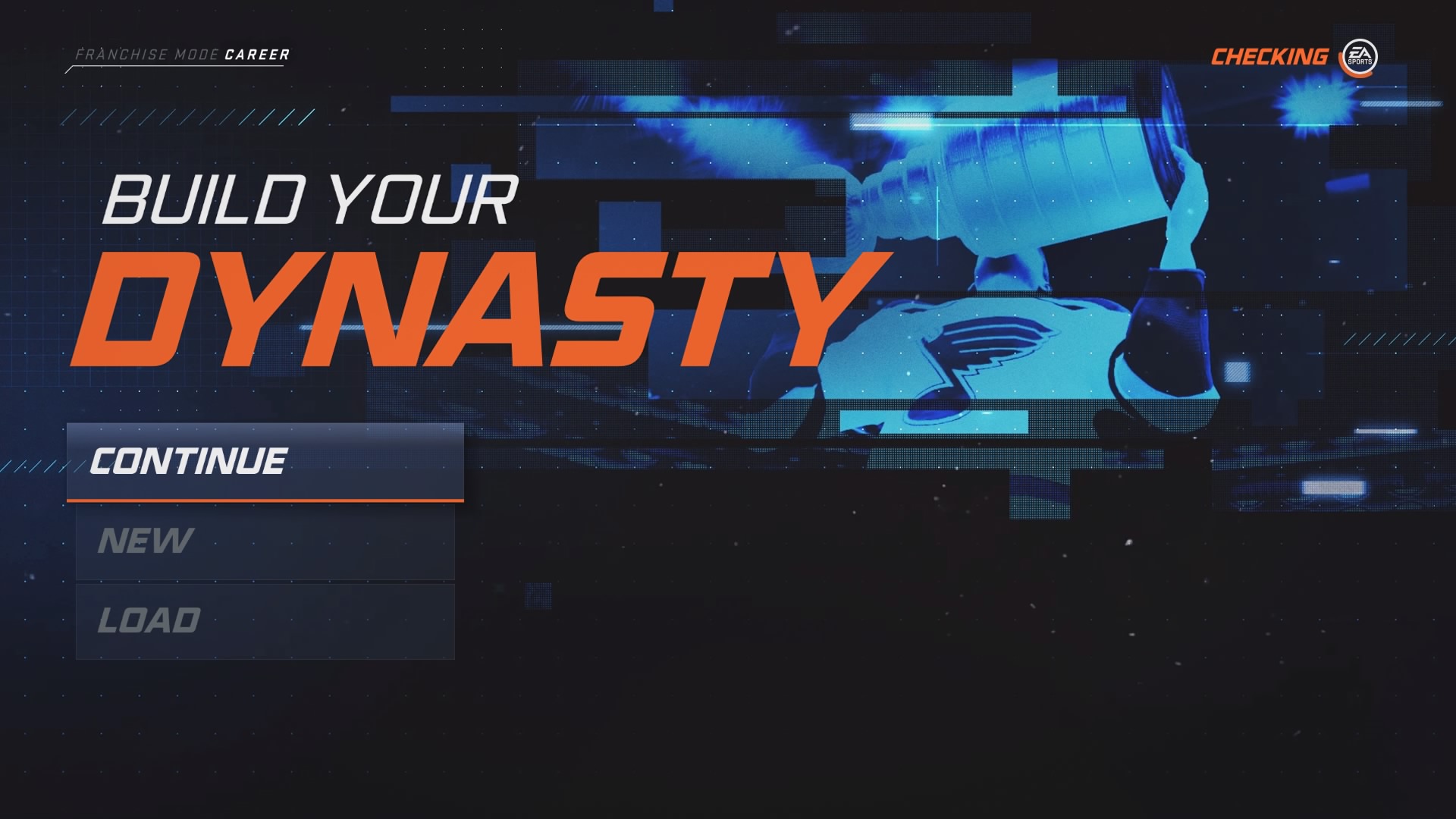 EA Sports games and soundtracks go hand in hand. Sadly, EA has not been able to put together a decent soundtrack in a couple years. In fairness, I do not know if that says more about EA or just the current landscape of the music industry. However, in the past (the way past now) EA did manage to put together some solid playlists. Bardown.com put together a list of their top 5 EA Sports NHL soundtracks and the most recent game to make the list was NHL 10, which is now a decade ago. Of course, this feature is not all that important in and of itself, and one that I do not need when so many other areas need work, but a really solid soundtrack does add enjoyment to a game. 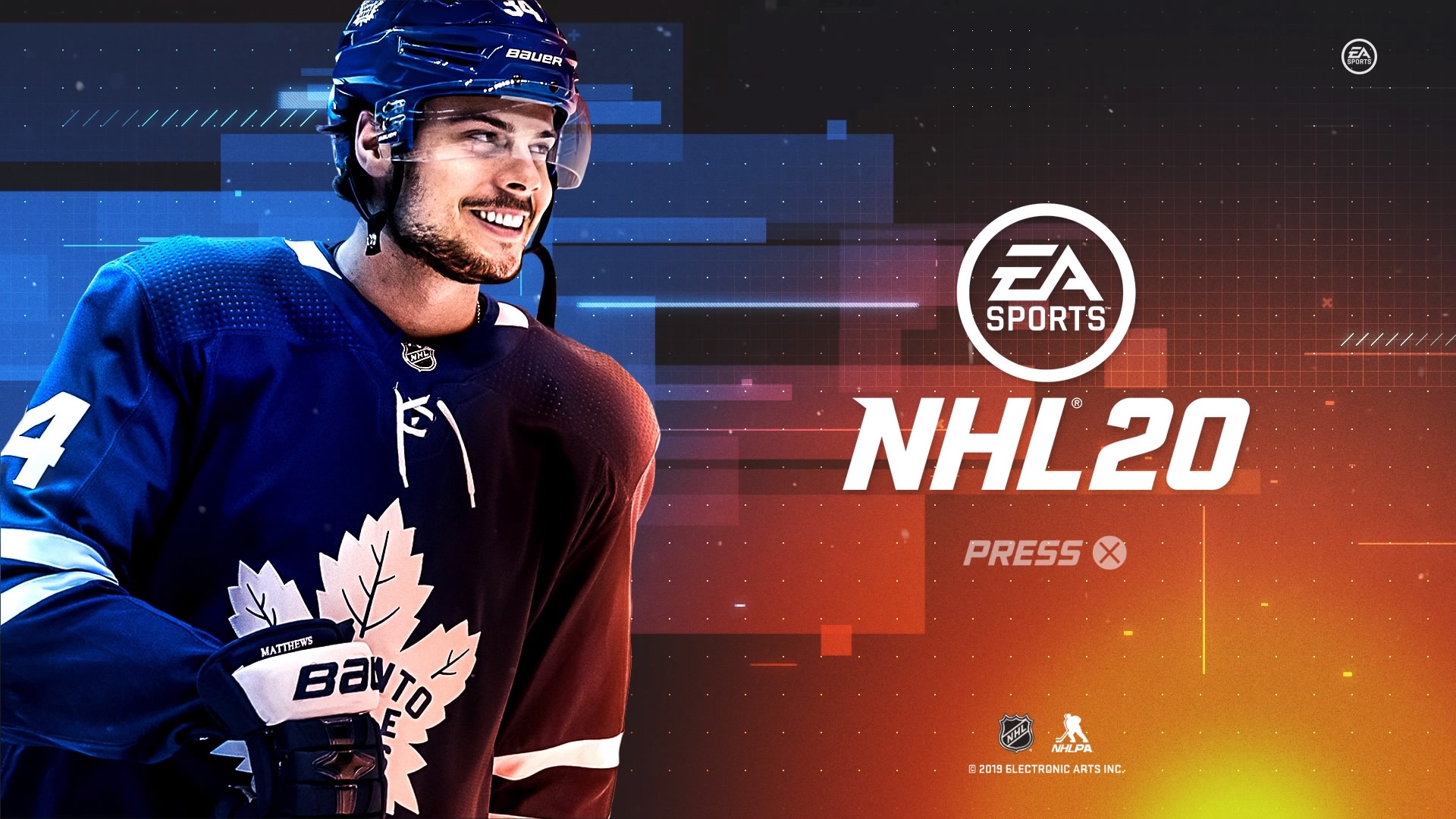 Speaking of a small feature that can really pack a punch, how about we talk about the lack of attention/hype when it comes to loading up NHL 20 or any recent NHL game for that matter. I realize that when we actually do get introduction videos, we all probably watch them once or twice then always skip over them like they do not exist. However, this is just is another example of the development team not caring. MLB The Show does a great job putting together an intro video that builds your excitement and exudes passion. Yes, I do skip it 99 percent of the time after seeing it once, but it still provides positive vibes when I look back on each version of the game.

Additionally, the NHL has long been perceived as a league where its star personalities are hardly ever showcased. A little intro video in the beginning could go a long way towards showcasing the hidden personalities of some of the league’s stars. Look at how cool these intros from the players were back in the day for 2003 and 2004. Furthermore, this intro video from NHL 2000 is probably my favorite intro video of all-time and still to this day gets me hyped.

What else does everyone want to see in NHL 21? Stay tuned for my series on the state of gameplay in the NHL series.