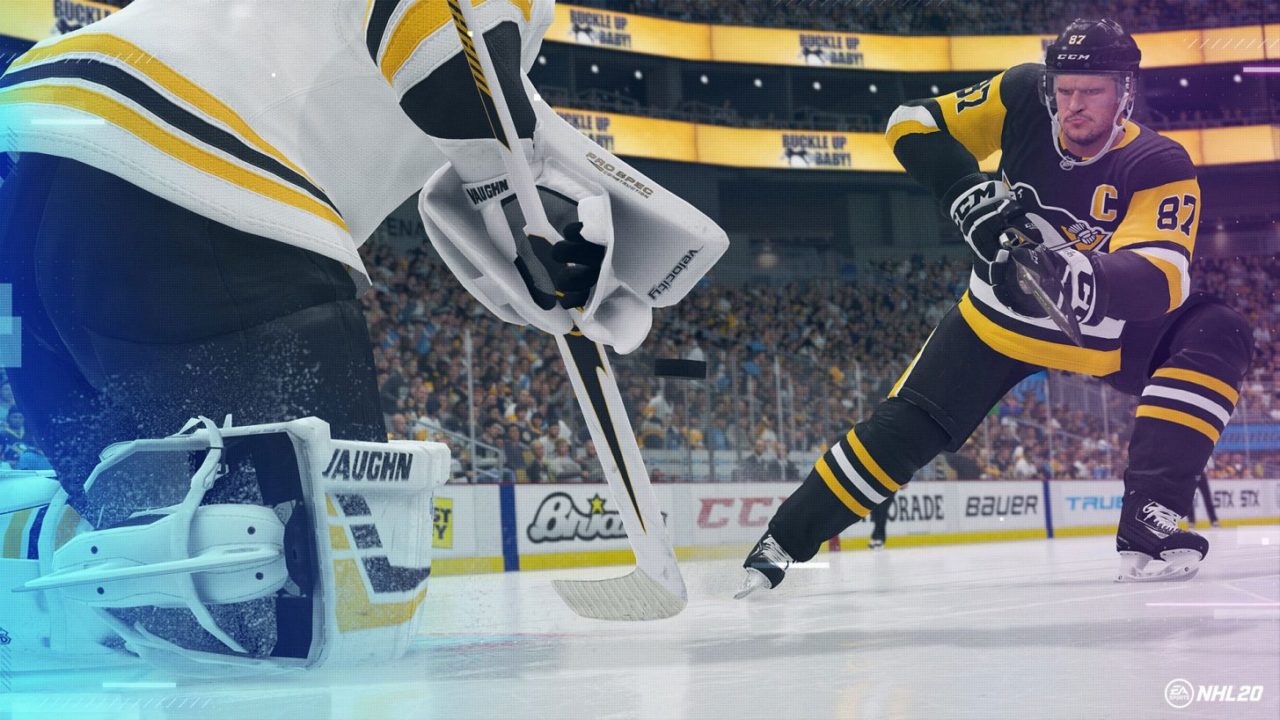 I spent a lot of time in part one, two and three of my NHL 21 wishlists discussing everything but gameplay. I did that because I wanted to focus solely on that component of the series in the final part of this NHL 21 wishlist series. It’s also because this sort of article fits right in with the start of playoff hockey. Beyond that, I just have some bones to pick with the gameplay and didn’t want anything else to be a distraction when talking about it for a wishlist article.

In short, the lack of realism and creativity has become too commonplace in the EA NHL series at times. It has driven myself and many others crazy for several years so it’s long overdue for some changes. Will we get that big change this year? Well, I don’t have the highest of hopes for massive overhauls at the end of a generation during a weird pandemic year. Regardless, I feel like the gameplay is a major topic that certainly needs to be discussed in depth.

First, before we dive right in, I want to first explain my point of view/where I’m coming from in regards to the gameplay in the NHL series. 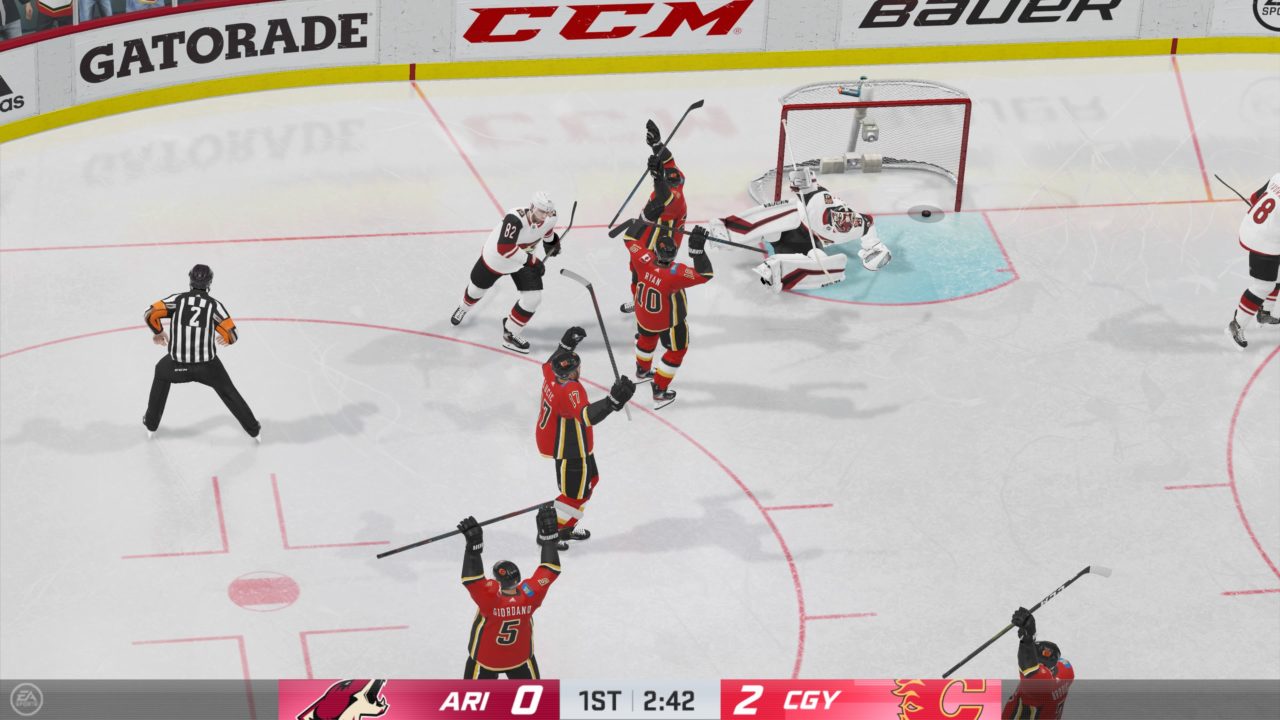 So, when I pick up my controller to get ready to play some EA NHL, I am only interested in a realistic gameplay experience. Perhaps that is where the problem begins, but I’m not looking to play the arcade modes that exist. Additionally, I am not interested in trying to “out glitch” my opponents in online play. When I play NHL, 99 percent of my time is spent on offline features like franchise mode or roster editing.

However, if you are someone who spends the majority of your time in the game doing the opposite of what I do there is nothing wrong with that. If you are looking for a fun up and down more arcade style of gameplay, then you are probably most likely more than happy with the current game. I am not intending to tell you that you are wrong. At the same time, I have talked to a significant amount of folks out there who feel similarly to myself.

To put it another way, I want to outmaneuver the CPU AI by making hockey plays. I do not want to just be a “gamer” going up and down the ice breaking into the zone the same way, defending the same way and simply just trying to figure out the easiest ways to score goals.

Furthermore, the tuning of sliders only does so much if anything to help improve the game in any realistic way. By no means do I believe that you need to play hockey at a high level (like I did for a shot while back in my 20s) to notice the lack of hockey AI that is present in the NHL series at times. Again, there is nothing inherently wrong with this game playing more like a subjectively fun arcade game than a hockey game with hockey plays/logic, but I want to look at it from that angle.

With that in mind, I’m first going to look at the neutral zone play and special teams in this article.

Oh, the dreaded neutral zone delays/retreats. Yes, you know, the ones where your defenders are in position, the CPU has control of the puck and skates side boards to side boards — sometimes on their own blue — until one of your CPU teammates moves out of position or sprints across the ice for no reason. This inevitably leads to opening up a lane into your zone, and sadness sometimes ensues from there.

We have painfully had to witness this exact same thing in various forms for a decade. I remember seeing the same thing happen in NHL 09! Never would a NHL team or player — outside of a 3-on-3 overtime maybe — do such a preposterous thing. Dump the puck and forecheck. Make a hockey play.

Speaking of things that have not changed in forever, I wonder when/if a relevant power play strategy will be added as a power play setup? Ever since I can remember, we have been forced to use one of the three pre-determined power play setups — overload, shooting or umbrella. However, in today’s NHL most teams use a setup that is similar to an umbrella, but it is slightly different, as a 1-3-1 power play.  In the EA NHL series, it is impossible to get your AI-controlled teammates to move into anything but their forced positions. It almost seems like everyone is being pushed and pulled by the same rope.

On top of that, how about another relatively new power play setup, but this one on the breakout. Again, in today’s NHL most if not all teams use a variation of a “slingshot”/drop pass breakout/zone entry. Everything that is missing with the power play has become an integral part of the NHL, and why EA would not want to add an integral part of hockey is beyond me.

Using another sport as an example of adapting to the times, with Madden, EA recently incorporated the ability to call RPOs, which has now become a common play option in the NFL over the last few years.

The above clip sees my team enter the zone on the power play with number 13 carrying the puck. Initially, you will see both Chicago Blackhawks defenders basically holding hands, then one skates away and then the other briefly follows. Additionally, watch my two CPU AI defenseman skate almost on top of each other thereby limiting my man advantage.

Below is a continuation:

In the clip below, watch my net front forward inexplicably back away from the net and into his teammate, rendering both of them virtually useless.

Finally, in the clip below, watch as I skate down the wall with the puck. From there, then watch how all three of my in-deep forwards panic and retreat thus moving away from the net, which leaves me with no passing options.

In the above clip: I am playing as the Philadelphia Flyers, and we are facing a 5-on-4 power play. The spotlight is on my defenseman (#53) who is CPU-controlled. I am controlling my center. Immediately after losing the faceoff, my defenseman (#53) inexplicably rushes out to pressure the puck and completely abandons his position.

In the above clip (as a continuation of the same power play), watch number 44 playing on the left side just stand there. Number 44 does not react to the play developing nor does he turn to position himself/stick in the passing lane. The Blackhawks player/passing lane he should have been defending ends up instead scoring the goal. Beyond that, watch number 14 on the right side drifting/standing so far out of the play while doing nothing — leaving me further short-handed.

Hockey is very much a read and react sport. However, in this series there is a lack of creativity on special teams, and there’s a lack of reading and reacting at your disposal. It is clear that all skaters are only able to fill in spots on the ice rather than jump into seams or holes to create. Furthermore, it feels like most times you can even predict when the CPU is about to score a goal or get a power play. It is almost like your entire playing experience is canned and thus predictable in certain instances.

Allowing creativity to flourish, and getting the AI out of some legacy gameplay loops would help a lot for freshening up the neutral zone and power play.

What are some of more frustrating gameplay issues you constantly see? Keep a look out for the next article detailing the offensive and defensive zone gameplay.