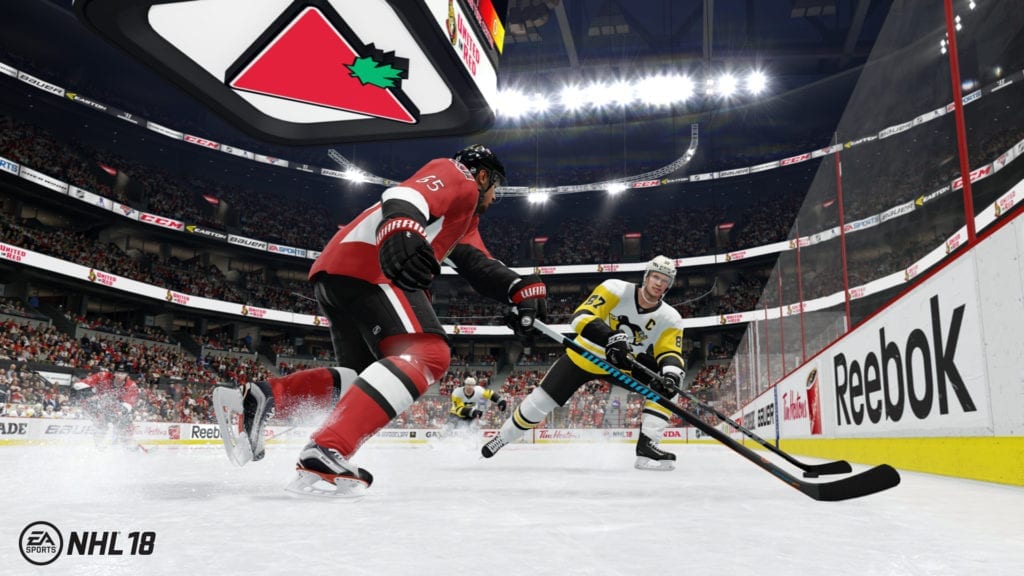 In examining the new features, modes and other pertinent details within NHL 18, these are what you’ll want to take away as you make your decision on whether the game for you is a buy now, buy later, or wait until next year.

The biggest addition to franchise mode this year is not just the inclusion of the new Vegas Golden Knights, but the entire expansion draft that comes along with it. Not only are you able to draft your team using Vegas, but you can also opt to start as a new 32nd team. This is a top enhancement to this year’s game, and it works quite well. If you’re a franchise mode fan, and you’ve always wanted to build an expansion team from the ground up, you’ll likely enjoy NHL 18.

I played a lot of HUT and EASHL last year, and overall the experience will feel very familiar this year. There are some tweaks to both modes, and if you enjoyed these modes last year, there’s nothing that should change that for NHL 18. At the same time, if you’re expecting to see things vastly different than before, you’re not likely to find much of it in these modes.

Continuing with the reoccurring theme of familiarity, Be a Pro seems to be about the same as last year, so whether or not you enjoyed that experience, just know you’ll be seeing more of the same.

I really like both of these additions to the game, and I’m happy to report they both work quite well, all the while not being overpowering.

Threes is arcadey, ridiculous and it’s a lot of fun. The NHL 18 team has found a very nice new mode to showcase their arcade gameplay. Threes may be the best new feature in this year’s title, and it’s a perfect break from your go-to game modes, or it is something you can immerse yourself in as you work through the Circuit.

While not new, these modes seem to differentiate themselves much more clearly this year. This is one of the most subtle changes to NHL 18, but it’s perhaps the most welcomed and functional. All three modes are different, and all lend themselves to the style of play you’re hoping to achieve based on that mode.

This familiar but not much new is a definite pattern in NHL 18, and while I’m enjoying the game, it is time for this series to start catching up to the other AAA titles in the sports genre. While hockey may not be the world’s most popular sport, there are plenty of people who do love it, and a country up north of close to 40 million who consider hockey a rite of passage. It’s time this game begins taking these next steps, and in a big way. I’m rooting for them.