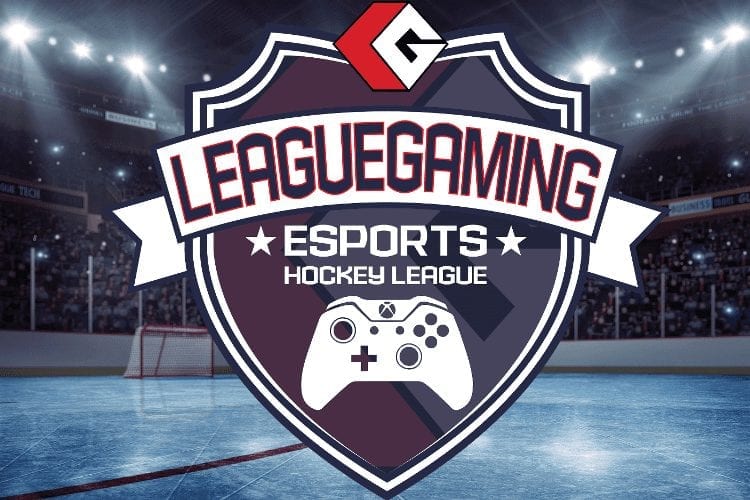 The strange thing is that I can’t even remember now how I actually found the website that would come to occupy so much of my time over the next few months. It’s possible I was searching for a grassroots MLB The Show league in the wake of the game’s online franchise mode being discontinued. Or perhaps I was once again trying to get back into the world of NBA 2K online leagues despite the fact that I could never seem to fully enjoy 2K’s online play and had already quit a few such leagues in the past due to frustration. I even might have been randomly browsing online forums and stumbled inadvertently onto a post from some stranger who had no idea he was about to alter the course of my sports gaming future forever. Regardless of how it actually happened, I was in no way consciously looking for something like League Gaming Hockey when I stumbled across it, but then again, in some ways it was the kind of league I had been trying to find my whole life.

While the world of League Gaming (or LG, as it’s commonly known) was entirely new to me, I quickly learned it wasn’t nearly as new to a lot of others. Founded initially in 2003 as a community to play NHL 2K3, the website has grown and expanded over the years to encompass a variety of leagues across many different sports titles and consoles. From basketball to soccer to Rocket League, LG has established itself as a place where sports gaming communities assemble to pit their skills against each other in organized competitive play. But true to its origins, the most popular leagues on LG still revolve around the NHL series, where they have found a way in recent years to harness the full potential of EASHL’s 6-on-6 action by ensuring that their leagues have the same kind of organization, depth and passion you would expect from any real professional hockey league.

Because the league has been around for so long now and has implemented a lengthy set of evolving rules and regulations designed to safe-guard against any and all attempts by teams and players to gain unfair advantages, the league is sure to be a little overwhelming and disorienting at first to the uninitiated. Just like its real-life counterpart, an LG hockey league is divided into different levels of play, requiring players to work their way up from CHL to AHL and then hopefully to the premier NHL level. Upon signing up for season 7, I was eventually able to gather that it was imperative as a newcomer to sign up for open scouting games that are posted regularly on the site. These are organized by teams looking for prospects that they might want to bid on against other teams in order to gain the rights to that player prior to the start of the season.

I only managed to find time to play in a couple of scouting games but, between these and skirting the league rules a little by shamelessly pleading for bids in the league’s “shoutbox” (a dedicated free-for-all chat that can veer wildly from juvenile humor to heated trash talk), I successfully landed a solitary bid at the league minimum salary of $500,000. And just like that, I was a member of the Edmonton Oil Kings and my AHL/NHL rights were soon after acquired by the San Jose Barracuda. After a few respectable performances in games with the Oil Kings, I was then offered an additional $500,000 contract for the following season. I was feeling pretty good about myself to be honest; I wasn’t sure how well other newcomers had fared in this league, but I was taking it by storm and almost certainly on a fast track to the NHL. And then I received a notification on my phone from my LG app that put a sudden halt to my seemingly meteoric rise: I had been traded.

As if this wasn’t enough of a blow to my fragile ego, it would end up being just the first of several trades for me in my rookie season. I bounced from the Oil Kings to the Rouyn-Noranda Huskies, and then from the Huskies to the Regina Pats, and finally from the Pats to the Peterborough Petes. In each case, I was given little to no explanation as to why exactly I was being traded, but I recognized that this was a business (or at least, a simulation of a business) and there was no time for questions when there was hockey to be played.

I settled in nicely on my new Petes team, fulfilling the role of conservative defenseman who would take few chances in the offensive end while providing reliable support in front of the net and unafraid of doing the dirty work in the corners. As the season progressed, the team improved together as we got to know each other a little better both on and off the ice, learning what tendencies to expect from certain players — and who was most likely to be inebriated for any given game. We would go on to surprise many in the playoffs, eventually falling to the Mississauga Steel Heads in the seventh and final game of our quarterfinal series, after narrowly missing out on a chance to end the series in overtime of game 6. For my own part, I was particularly proud of a shut-down performance I had in a game 5 2-1 victory in which I earned praise from my teammates for stifling a powerful Steel Heads offense that would then go on to win CHL’s most coveted prize, the Memorial Cup.

That’s not to suggest that my experiences with the league have been entirely positive. After enjoying my time in season 7, I decided with little hesitation to return for season 8. Because I was now eligible to be drafted by an NHL team, I signed myself up for as many scouting games as possible in the offseason and had all my hard work pay off when I was selected late in the draft by the Tampa Bay Lightning. I’d earned the chance to play at the highest level; my time had come.

But, of course, it wasn’t quite so easy. With absolutely no communication prior to the season starting, I learned that the Lightning not only didn’t want me to be part of their NHL team but they also didn’t want me to be part of their AHL affiliate, the Syracuse Crunch, either. So there I was, not only unable to play in NHL or AHL games but also I had been left off a CHL roster as well and therefore had been marooned with nowhere to play. Had I been too ambitious? Maybe I should have listened to my Petes’ GM, a wise soul who knew better than me how the league worked, when he had told me to keep my head down in the offseason. Luckily, opportunity would present itself from the bowels of ineptitude when the Crunch got off to a horrendous start to the season and decided to call on me for a few games here and there. With a little luck, I’ll be on the team’s active roster in another week or two, and perhaps in time I will make my NHL debut yet.

When the NHL series decided to dip their toe into the esports realm this year, there were many people who were critical of their decision to use a 1-on-1 format rather than focusing on the EASHL’s more dynamic 6-on-6 gameplay. EA would be smart to consider expanding to the EASHL format in the future, and would be even smarter to look at LG’s hockey leagues as something of a template for how this can be done with as much ingenuity and depth as possible. While it’s no secret that the NHL series doesn’t have the kind of budget to rival those of Madden or FIFA (or NBA 2K, for that matter), that hardly means there’s a lack of enthusiasm from the community, judging from the popularity of LG. If and when EA does decide to branch out to a 6-on-6 esports format, I have little doubt that many of the NHL players who are plucked from obscurity to become future stars of the league will have cut their teeth in LG, honing and developing many of the skills there that would ultimately help mold them into professional players.

NHL 18 Available Now in The Vault For EA Access Subscribers