Writer’s note: This is the second piece in a four-part series on the 2017-18 NHL season where a second team has been added into the expansion fold alongside the Vegas Golden Knights: the Quebec Nordiques. I’m covering the year from the beginning of the 2017-18 season to just after free agency in the 2018 off-season. The majority of the season is simmed, games against the top-tier teams are played, and I’ll play one playoff game each round if the Nordiques make it through in their inaugural season. See the first piece here.

When we last left off, the Quebec Nordiques were revived and rebranded with a fresh take on the team’s historic legacy. I also, in tandem, created the Granby Huskies as the AHL affiliate for the Nordiques. Granby lost their QMJHL team in 1997 when it was relocated to Sydney, Nova Scotia. It seemed fitting to create my affiliate team there. I created a Nordiques team that looked good but needed to compile a roster to take the ice.

Before getting to that, it’s necessary to show readers my realignment of the league. With Vegas gaining expansion and becoming the 31st team in the league, adding a 32nd team in Quebec created a balance in the conferences in both the West and East. The way that I laid out the league is something that has been a topic of discussion when it has come to expansion talks for Quebec, Seattle and any other city that the rumor mill brought up.

I wanted to go about realigning the league in a way I felt would make the most sense based on the location of teams. In the Eastern Conference’s Atlantic Division, my realignment would see the Battle for Quebec reborn between the Quebec Nordiques and the Montreal Canadiens, as well as four of the eight Canadian NHL teams facing off against each other. The Western Conference’s Pacific Division would be home to the Vegas Golden Knights. Here’s a look at what I did:

Drafting Up A Roster

After being greeted by the owner, I was immediately thrown into the fire. The first order of business was to draft up a roster through the expansion draft. I found out before partaking in the expansion draft that I was the lucky recipient of the number one overall draft pick in the upcoming NHL Entry Draft thanks to the Draft Lottery.

In choosing players to build up my roster, I wanted to use a few approaches: best available, best potential, and as best a mix of both youth and experience I could get. I worked through the expansion draft and came up with a final roster with a good youth/veteran mix, as well as some younger players with good potential. Here’s the team I ended up with after the expansion draft (players are listed in order by team they were drafted from):

Not too shabby for what I felt was going to be a pretty good expansion squad. Like any new franchise, the Nordiques would be considered as a rebuild project, but the team owner felt that based on the initial roster I drafted we were “Hopeful” to make playoffs. I had some good initial pieces on the roster and due to the bevy of defensemen available during the expansion draft, I felt I also had some good trade pieces. Once I finished the expansion draft, I had to switch gears and get ready for the NHL Entry Draft. Having the first overall pick had me feeling the pressure quickly as I had limited information about the upcoming draft participants.

Forever a believer (almost to a fault) in the potential system that NHL 18 has, I went with the suggested player for my first overall draft pick taking Elias Pettersson. Having Elite potential and an overall of 67, he looked to be a star of the future for Les Nords. The joy quickly turned to slight anger with myself as the second overall pick by the New Jersey Devils was Nico Hischier who also had Elite potential but was NHL ready with a 78 overall. He was going to instantly make an impact for his new team and was my gut choice originally. As I got into the second round and having made my second team pick, taking Canadian Maxime Comtois, I figured it’d be best to get aggressive and look to make a few roster moves to improve my squad. I tried to trade New Jersey for the stud they selected second overall (the guy I should have taken first) and failed miserably, trying to trade three first-round picks in the process. After that failed attempt, I looked at some other options to improve the roster before the preseason.

The Quebec Nordiques wasted no time in trying to improve their still untested roster. During the second round of the NHL Entry Draft, they made several trade moves after making their second-round pick, looking to improve in the areas that they felt were weaknesses. 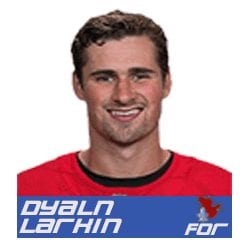 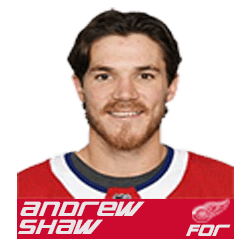 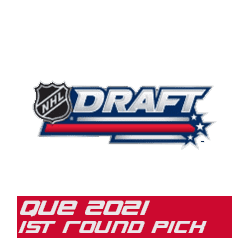 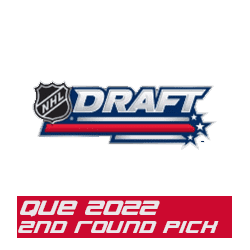 Quebec also made a deal with its fellow expansion franchise in Las Vegas, sending one of the many defensemen on the roster for some forward experience. 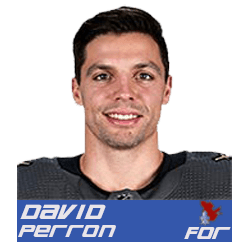 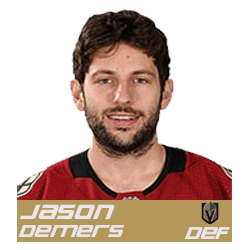 In their final trade of the evening, the Nordiques offloaded another defenseman that had a substantial salary on their books in order to grab a player that could still contribute and had great veteran experience. 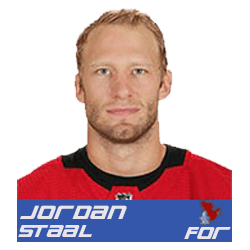 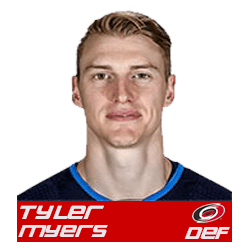 With these draft day trades, the Nordiques felt they were putting themselves in a good position to be a formidable team from the first drop of the puck in the Videotron Centre.

After The Draft: Rookie And Free Agent Signings

After finishing off the remaining rounds of the NHL Entry Draft and attempting to find more diamonds in the rough, I looked forward to free agency. My final draft product came out like this:

Player signings were next. I signed all my rookies to entry-level contracts, then proceeded onto the free agency pool. Among my free agency pickups were right wingers Evgenii Dadonov, Jaromir Jagr, the forever young 45-year old, and center Roman Lyubimov. I also made several other free agent signings to bolster my AHL team, as I wanted to create winning teams throughout the whole system.

After all was said and done, I finally had what I felt was a solid final NHL roster. Here was the makeup of my retooled, re-imagined Quebec Nordiques team: 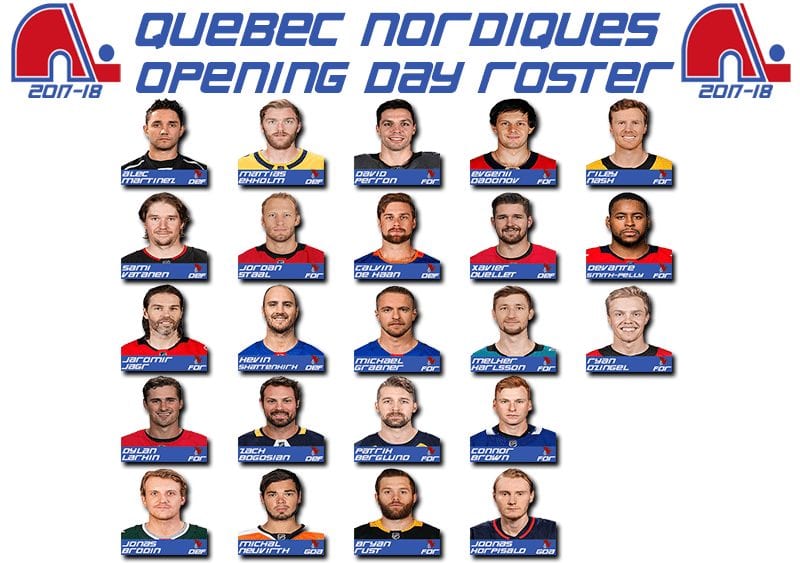 Now that my team was finally complete, and the NHL and AHL rosters were set, it was time to get down to the nitty gritty. It was time to play some hockey. How do you feel about the roster I’ve composed? Do you feel some of my early moves were too hasty and potentially costly (in terms of the draft picks given), or did I make the right decisions to start with a dark horse team? Tune in to part three to see how the Nordiques play through the first half of their inaugural NHL season!