While we’re still about year away from eFootball PES 2022 on the PS5 and Xbox Series X it feels right to start by tracking back through the two eras of HD PES that came before it. If you missed my look back at the FIFA next-gen launches, you can also scope that out here.

In hindsight, the PS2 seemed like the golden era for sports games. While NFL 2K5 certainly stole the limelight, PES dominated FIFA at the time with PES 5 & 6, widely considered to be the best PES’ to-date. Ultra-responsive controls, enhanced AI, fun gameplay and Player ID that was far ahead of its time defined PES 6 on the PS2.

So what happened when we moved over to the PS3/Xbox 360 for PES 2008? Well, for starters, the leap in technology meant a huge graphical upgrade. The boxy, heavy pixelated player models from the PS2 era were replaced by more accurate player models, namely player faces that were best seen during some of the new cutscenes.

While the new Adaptive Team AI wasn’t as good as advertised, the individual playing styles we had grown to love were still mostly intact. With the extra year, Konami spent a good chunk of the development cycle rebuilding the beloved Master League mode. With Edit Mode back in full swing for PES 2008, Konami added the ability to create a custom team to play with in Master League. Overall, PES 2008 was a solid title on the PS3/Xbox 360, but as the gaming landscape started to migrate over to online gaming, footy gamers starting heading over to FIFA in droves due to licenses and better online experiences. 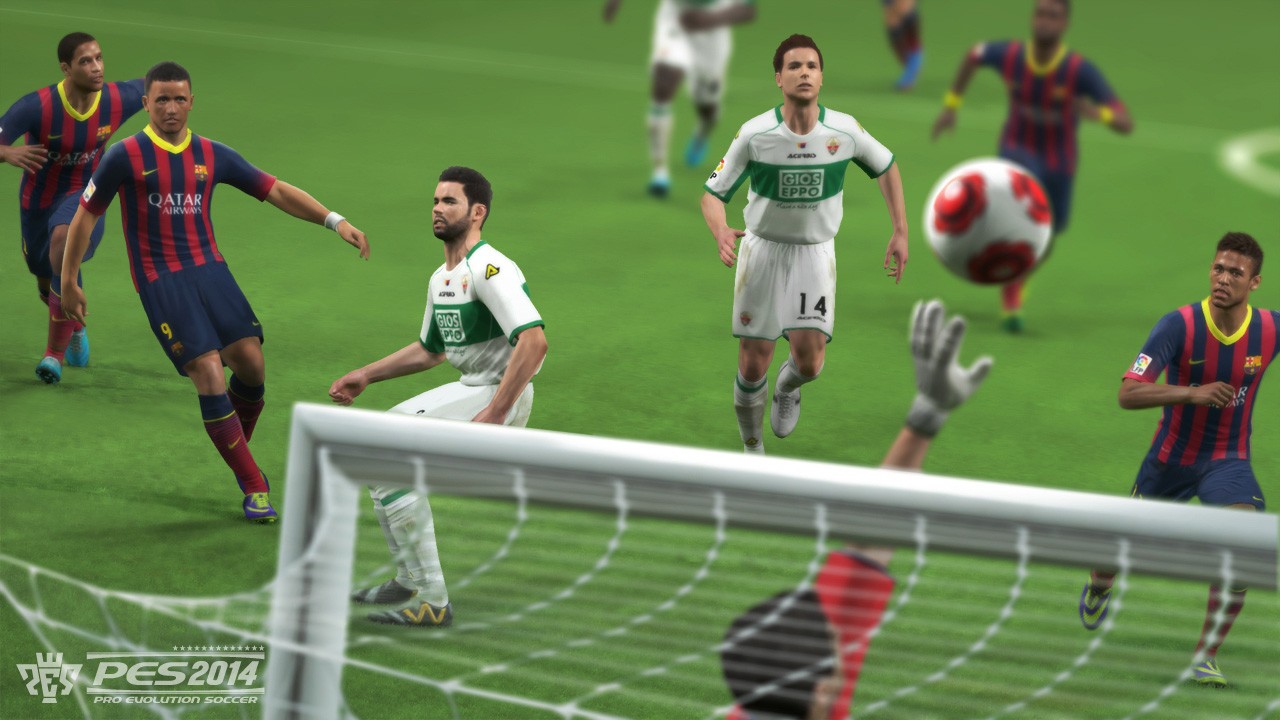 By the time the PS4/Xbox One were announced, PES had seen its stranglehold on the footy gaming genre slip away to EA’s FIFA franchise. Targeting the world’s most popular leagues (English Premier League, German Bundesliga, etc.) and capitalizing off a strong online environment, FIFA simply dominated the PS3/Xbox 360 with help from Ultimate Team. While PES was still popular among its loyalists, Konami struggled adapting to this new era of online gaming and instead tried to focus on the fundamentals of soccer, namely gameplay.

2014 was a landmark year for PES as the developers looked to capitalize off Konami’s most popular franchise, Metal Gear and its Fox Engine. On its release, PES 2014 was about as raw as you could get. While the visuals were outstanding for its time, Konami struggled to initially get a grip on the new MASS physics engine, which resulted in some hilarious albeit frustrating moments.

Konami would eventually iron out a lot of the kinks with PES 2014 through numerous patches, but by then, most of us had moved on to the PS4/Xbox One where FIFA 14 simply blew us away with new visuals while Master League had then become extremely stale.

Fast forward to PES 2015 and Konami was again at a crossroads. The gameplay-first mantra that spoke to PES’ roots was no longer good enough. Fans, especially those new to the sport taking advantage of soccer’s explosion here in the US, naturally gravitated towards the pick-up-and-play FIFA that contained nearly all of the major licenses. Further complicating things were the lack of option files on the Xbox One as Microsoft clamped down on its image import restrictions.

In response to FIFA’s Ultimate Team (FUT), PES introduced MyClub, its card-trading game aimed at giving FUT a run for its money. While a few new modes were introduced, PES 2015 suffered a bit from arcade-ish gameplay that left many, including myself, to wonder about the direction of the game. Luckily, after a couple years PES got back to its gameplay roots, ultimately culminating with eFootball PES 2021 Season Update, which marked a return to solid action on the pitch despite being a transition year to ensure the launch of PES 2022 goes smoothly.

It’s still early days on the PES 2022 front, but with Konami finishing off this current-gen cycle with a bang, the expectations for PES 2022 are going to be high. While there’s still a lot of uncertainty floating around, we do know that PES will utilize the latest version of the Unreal Engine (version #5). With an enhanced level of detail (LOD), the Unreal Engine should benefit PES immensely in the area of stadiums, specifically crowd details. The “Lumen” component, which according to Wiki helps with lighting, should add some more realism to the dynamic lighting and shadows that can be off-putting at times in PES 2021.

Transferring to a new engine on a new console would usually worry me but Konami has been here before. Looking back at the two previous transition years (2007 and 2014), we should have seen the “Season Update” coming. I was originally skeptical, as the gameplay at the end of 2020 wasn’t good enough to justify a roster update, but I was proven wrong. With almost another full year to come to terms with the new hardware, I would expect a revamped Master League and better online architecture. For as good as the gameplay is in eFootball PES 2021 Season Update, playing online means navigating through endless screens before finally getting to a lobby where you can play with your friends.

Lastly, with faster load times available on next-gen, PES 2022 should see monumental increases when loading Option Files, booting the game up (seriously how many notifications and announcements does Konami bombard us with?), and hopefully in-match cutaways, particularly when the ball goes out of play for a throw-in.

What are you expectations for next-gen PES 2022?