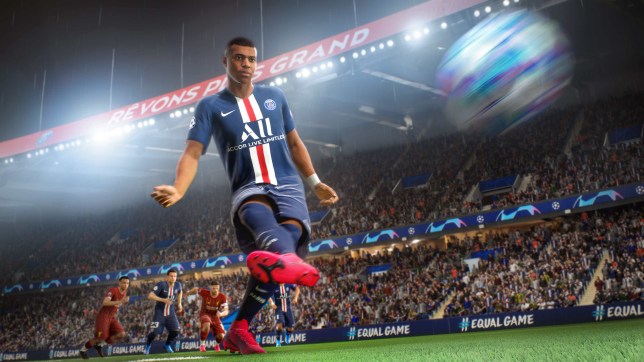 With the announcement that FIFA 21 won’t be here in time for the launch of the PS5/Xbox Series X, it feels right to start by tracking back through the two eras of HD FIFA that came before it.

When we go back and look at the leap from FIFA 06 to FIFA 07 on the Xbox 360/PS3, we have to take into account the one-year head start the Xbox 360 had in terms of release date. Depending on what your console of preference was, your experience probably differed greatly. For those of us who embraced the Xbox 360, we really got the short end of the stick. Long before the license war we’re seeing now, FIFA 07 on the Xbox 360 was a huge disappointment (and that was after FIFA 06: Road To The FIFA World Cup was also terrible).

Even though the “Impact Engine” would help to turn the tides for EA’s FIFA series on the 360/PS3, the first iteration came at a huge price, namely the fact that FIFA 07 on the 360 only contained seven leagues, down quite a few from FIFA 06. While career mode (called Manager Mode back then) was very bare bones compared to nowadays, there were a couple cool features like being able to upgrade your staff (positional coaches included) as well as your stadium.

The gameplay really benefited from the Impact Engine as better ball physics, player movement and animations received a serious face lift. FIFA would eventually get it together and start the dominance of the soccer market, but it would take until FIFA 08 to iron out all of the kinks and maximize the new technology afforded them by the more powerful systems.

By 2013, FIFA had taken over. While PES struggled to regain its PS2 form, FIFA absolutely exploded on the Xbox 360/PS3, helped of course by the addition of Ultimate Team and the explosion of soccer in the US. With the very powerful PS4/Xbox One on the horizon, FIFA 14 harnessed the additional power to deliver one of the better footy experiences on this current generation of consoles. Enhanced visuals, textures, stadiums and player faces/models helped to create the best looking footy game at the time with the help of a new engine, Ignite.

The upgrades weren’t solely limited to the cosmetic side of the game. Things like Custom Team Tactics (CTT), which didn’t work very well on the Xbox 360/PS3 for FIFA 14 worked on next gen and provided us with much needed variety when it came to the AI. Apart from this year, the old FIFA career mode mantra of “all the teams play the same” really didn’t apply, which spoke volumes about how well FIFA 14 played on the Xbox One. To this day, if you ask many players what their favorite FIFA game of this generation was, they will say FIFA 14.

In addition, while FIFA 07 lost some licenses as EA transitioned from the PS2/Xbox era to PS3/Xbox 360, next-gen FIFA 14 was virtually the same game in terms of features, with all of the licenses carrying over. Neither career mode saves nor Ultimate Team builds carried over but restarting them was well worth it.

What To Expect From Next-Gen FIFA 21?

It took a while, but news regarding FIFA 21 on the PS5/Xbox Series X has finally started to creep out . While graphical upgrades are to be expected, FIFA’s default camera is zoomed out to a level that can make it hard to see the graphical enhancements. Regardless, areas such the crowd and stadium details before, during and after matches need some serious love. For all of its gameplay faults, FIFA 21’s presentation was pretty good so it’s encouraging to see the audio side get some attention. I’d still love the ability to upload custom chants, something we could do in the Xbox 360 days, but overall FIFA 21 is a good sounding game that should be even better come December.

After seeing the NBA 2K21 next-gen trailer, I have to admit that my expectations have been raised. One area alone, foot planting, is something I have been clamoring for in FIFA for a while, But if we’re being honest, I don’t expect it to happen in next-gen FIFA 21, FIFA 22, FIFA 23 — you get the point. The “Gameday Immersion” is something I’m excited to see in FIFA 21 after seeing the NBA 2K 21 trailer and how awesome the environment was. The crowd, commentators, and stadium just seemed alive. Too often in FIFA, even with all of its licenses, big matches don’t feel very big. This new Gameday Immersion, as well as the “Off-the-Ball Humanization,” could really add to the overall experience.

What do you expect from next-gen FIFA 21 at this point?