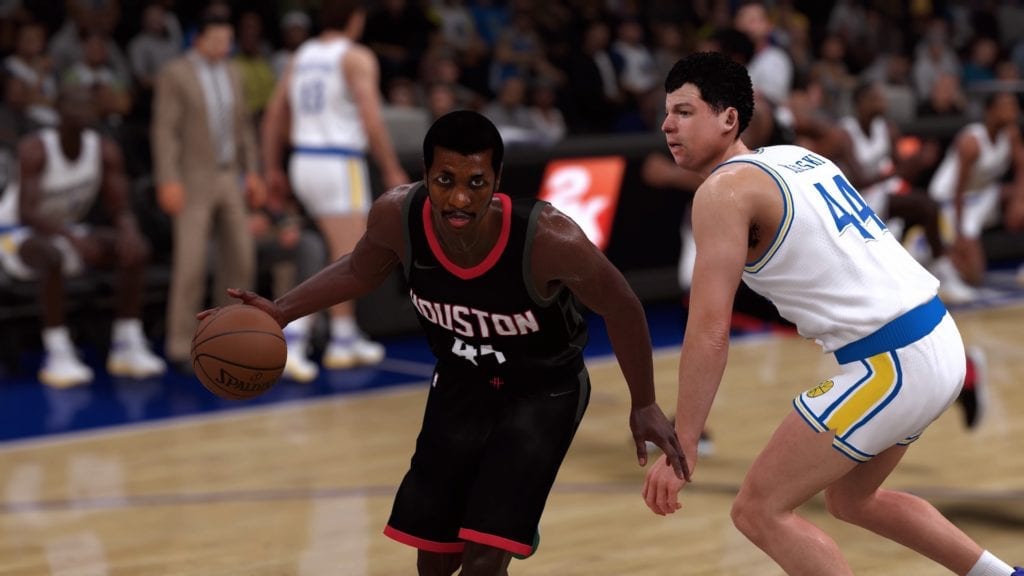 Sometimes you can’t get the cards or players that you want. Maybe it’s bad luck with packs, or insane auction house prices, or just that the players you want aren’t available. Either way, it can be frustrating. On the other hand, though, it’s one of the coolest things about MyTeam — you’re forced to branch out and try new players. 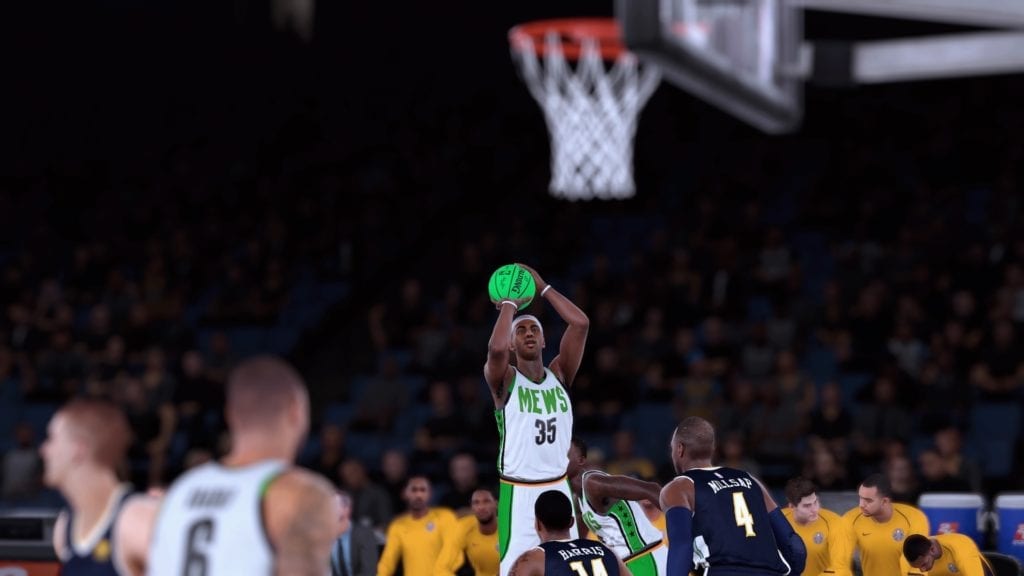 This is Darrell Griffith. I consider myself a basketball junkie, but going into 2K18 I had never heard of him.

Through circumstance (the Jazz collection was relatively cheap) and need (my sights are set on Mark Eaton, the Jazz historic collection reward), I found myself acquiring Darrell early on. Well, I’m now a fan. I’ve even recently gone out of my way to read about him and find footage of him playing, because basically Darrell is amazing and I wanted to learn more. This has been the case for a few other players too — some of which I had at least heard of, but didn’t really know how special they were as basketball players until I got invested in them through this game.

How cool is that? 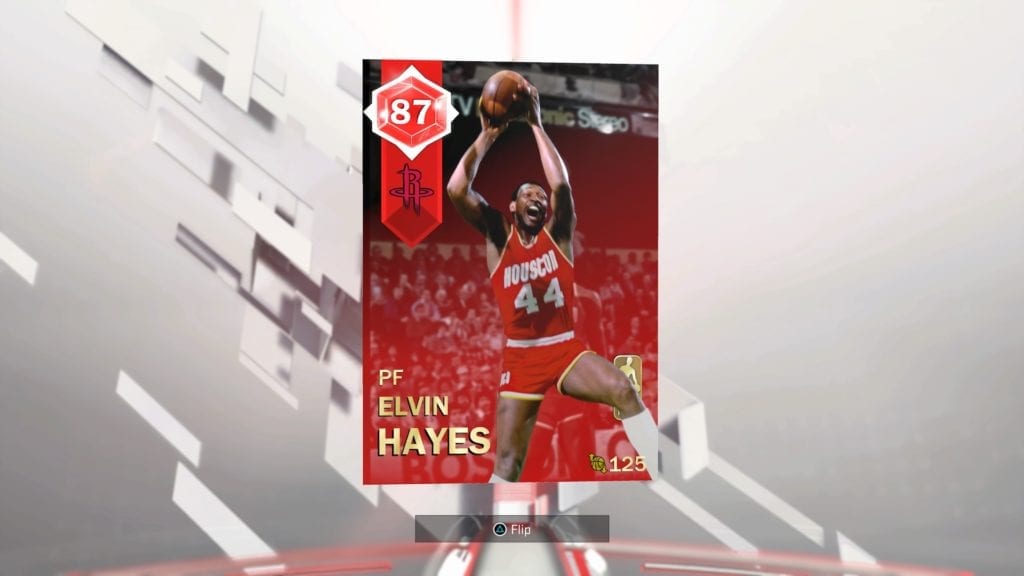 As a Rockets fan, I’ve always known the name Elvin Hayes. But like Darrell Griffith, because of the time period he played (before I was born), Elvin has been a bit of a blind spot for me.

Elvin Hayes is one of many new Throwback Thursday players, and I threw down my MT savings to buy him outright. If you do the same, don’t regret it for an instant. Yes he’s small for a power forward, and yes he can’t shoot 3s or free throws, but man is he effective in the post, on the glass, and on defense. The icing on the cake, though, is his athleticism. He can grab a rebound, run the break, and destroy slower and weaker victims with a vicious dunk. It’s awesome! And I feel more connected to my hometown Rockets now, which is the greatest gift of all. 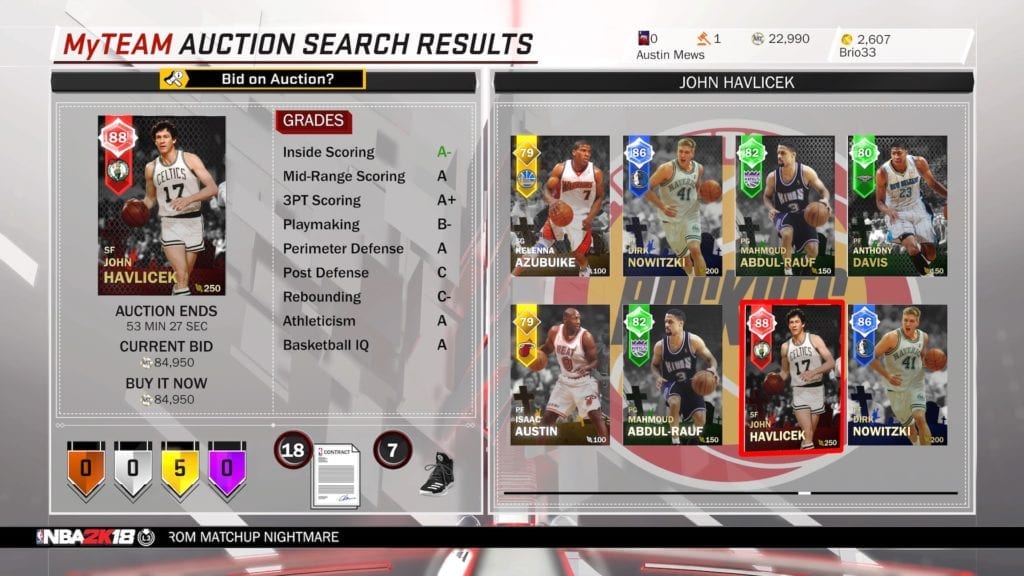 Other new content includes the Matchup Nightmare Pack. Here you’ll find “unicorn” players like Dirk and Anthony Davis when they were younger that cause opposing teams to rethink their strategy. A ruby Yao Ming is the reward for completing this collection…and good luck with that.

Then of course we have new challenges… 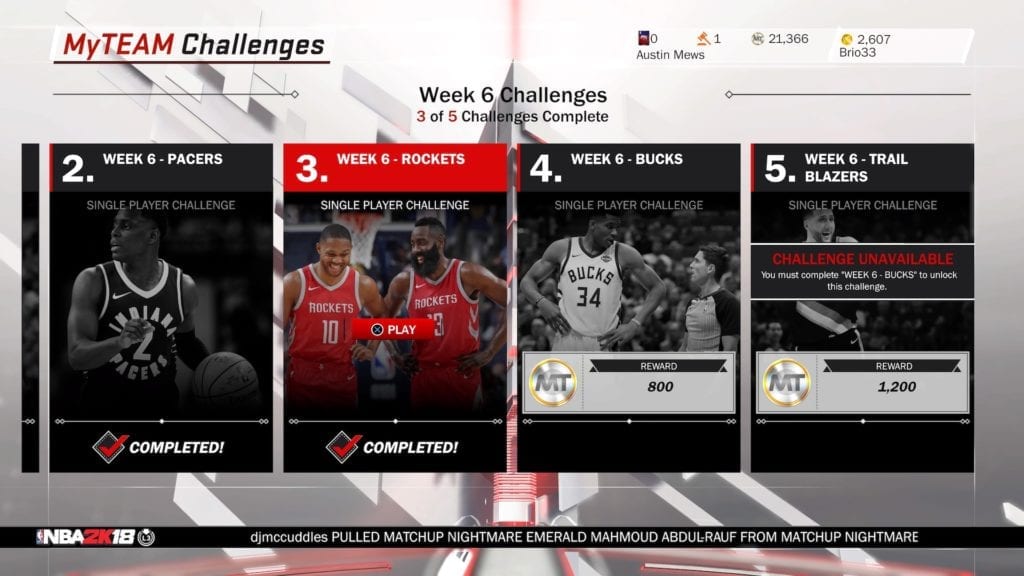 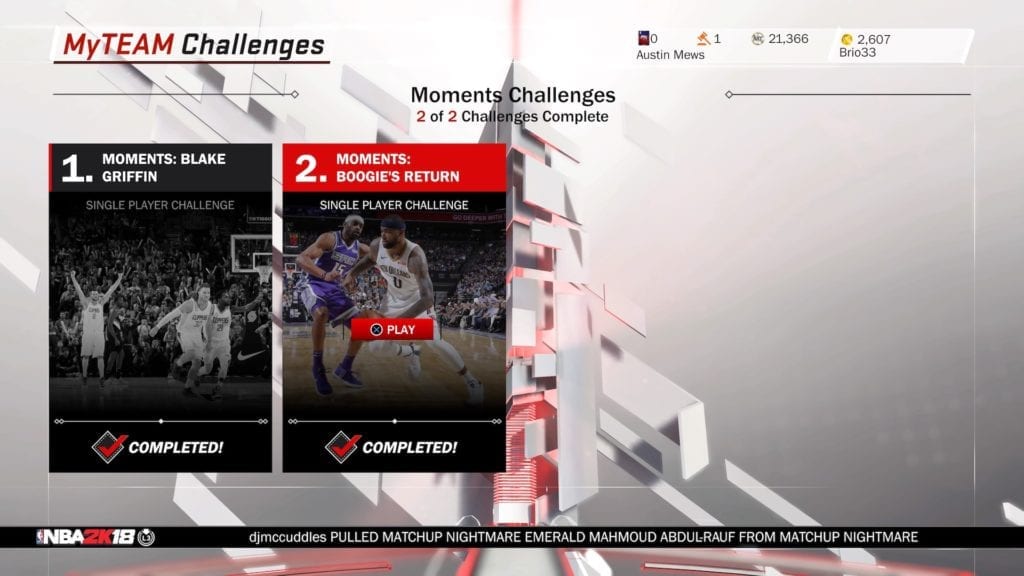 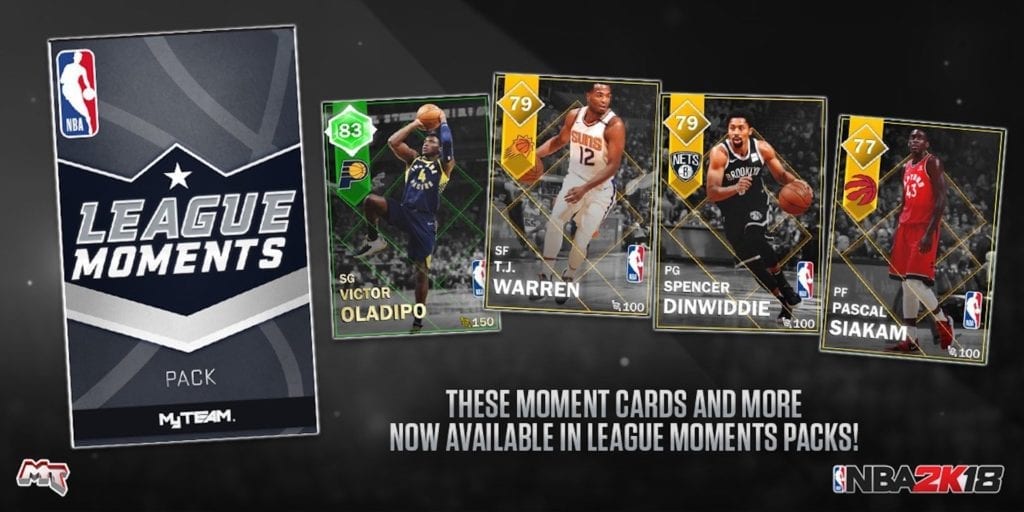 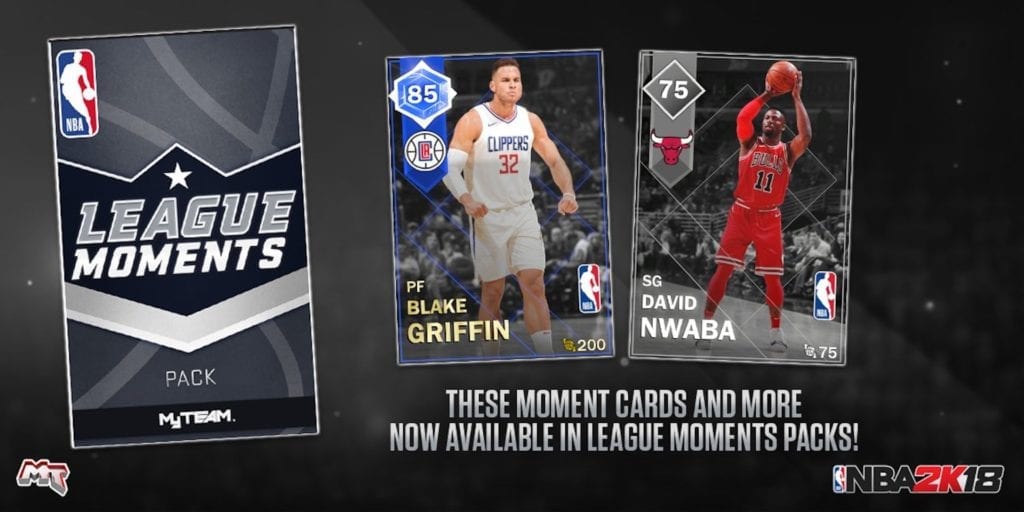 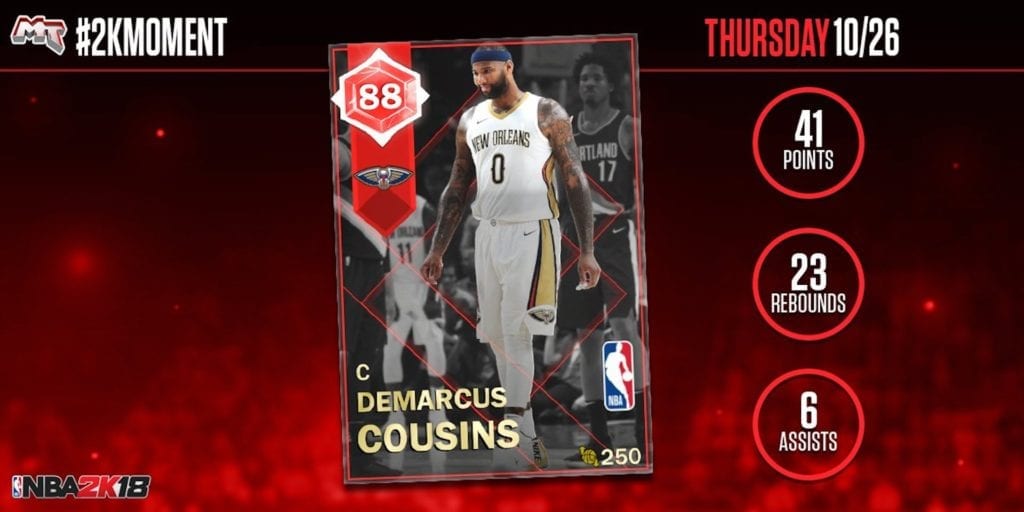 I’ve actually been buying a few silver and gold Moments cards recently, as I’m trying to find some lower-tier players that I feel comfortable with. If you’ve gotten far into a team’s schedule challenge, you’ll know why. I recently used three gold players plus a bunch of silvers to beat the all-time Rockets team, on Superstar, and my best player that game was actually the silver Kyle Kuzma Moments card from last week. I’m not a Lakers fan so I wasn’t familiar with him, but I am now. 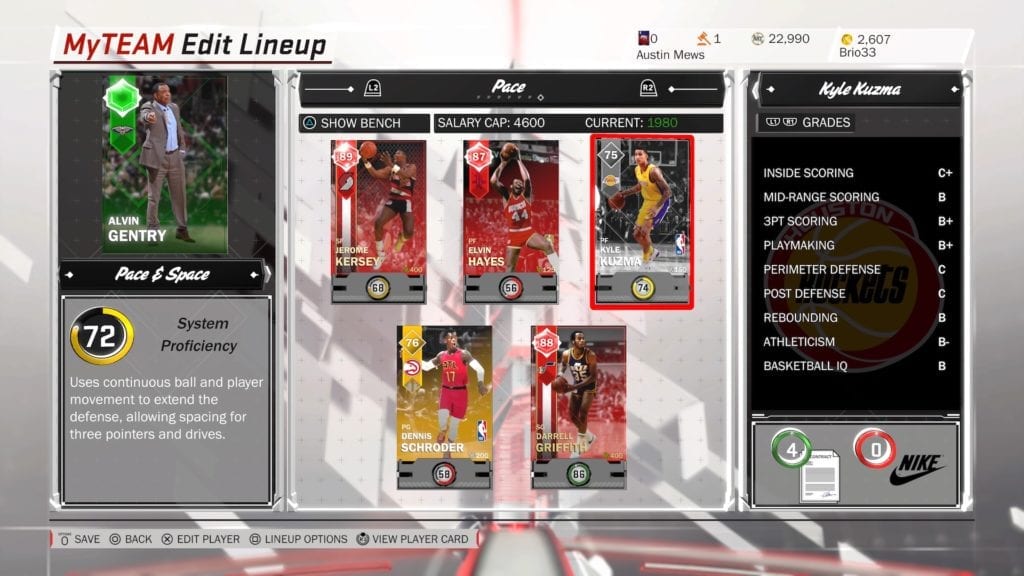 So to bring this full circle, the picture above has a few players that I’ve gotten to know and appreciate through 2K18. Just a reminder that as NBA fans, our education is never truly complete.