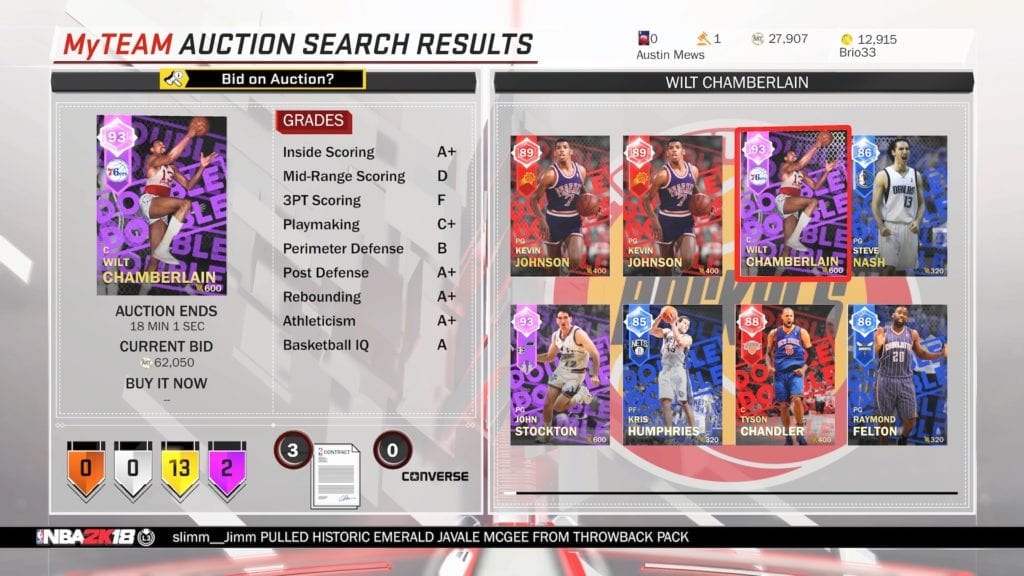 After a short hiatus, there is a new Premium Pack called Double Double. It features a group of players known for (shocker) double doubles, with the completion goal being a scoring and rebounding beast named Dwight Howard. 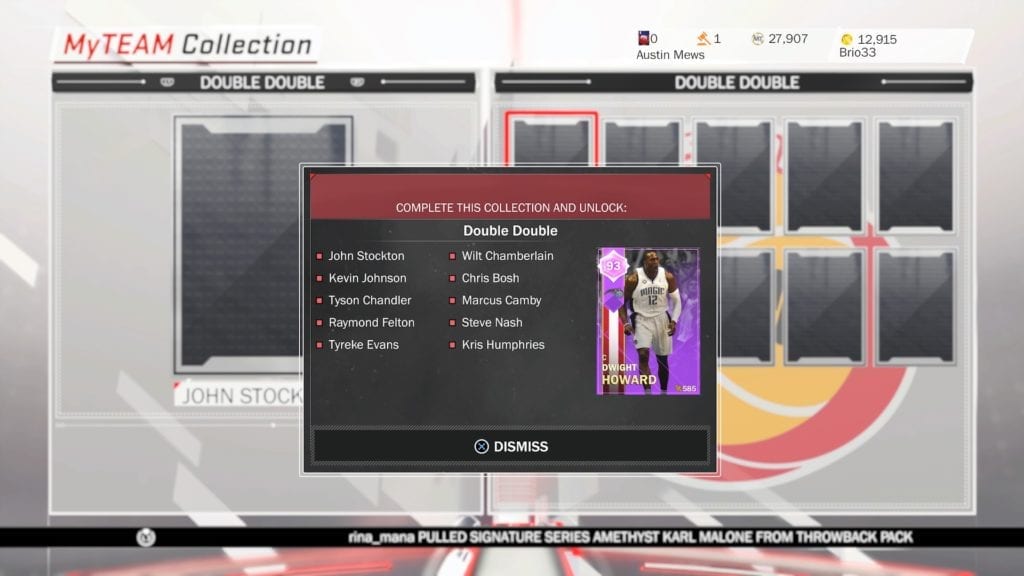 There are a couple of interesting tidbits about this pack. The first is that it is apparently possible to get two players in one pack. 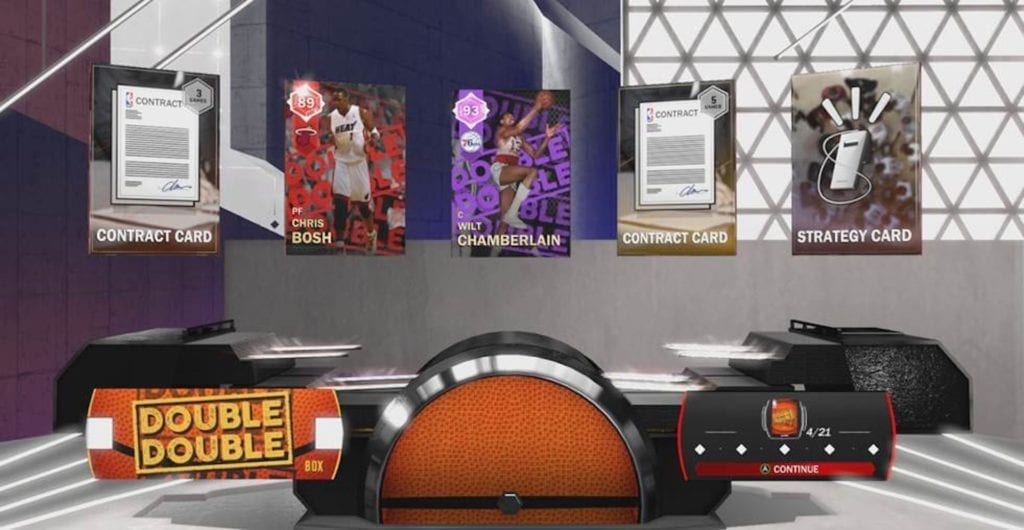 The second tidbit is that the amethyst John Stockton has a dynamic duo with a Signature Series card that also came out last week. Can you guess who that duo partner is? 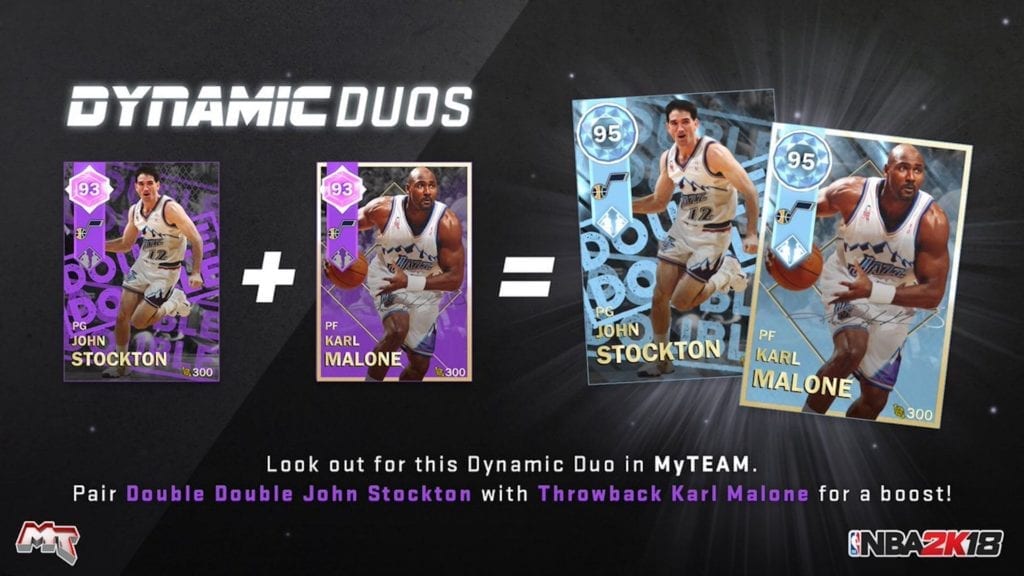 Duh, who else! And yes, using these two gentlemen together elevates them both into diamond territory. Awesome.

I wish this was the start of a trend. I want to see other reward cards, specifically the rubies I got from completing team collections, get dynamic duos. How cool would it be if Rex Chapman and Jamal Mashburn became a duo because of their Kentucky connection? 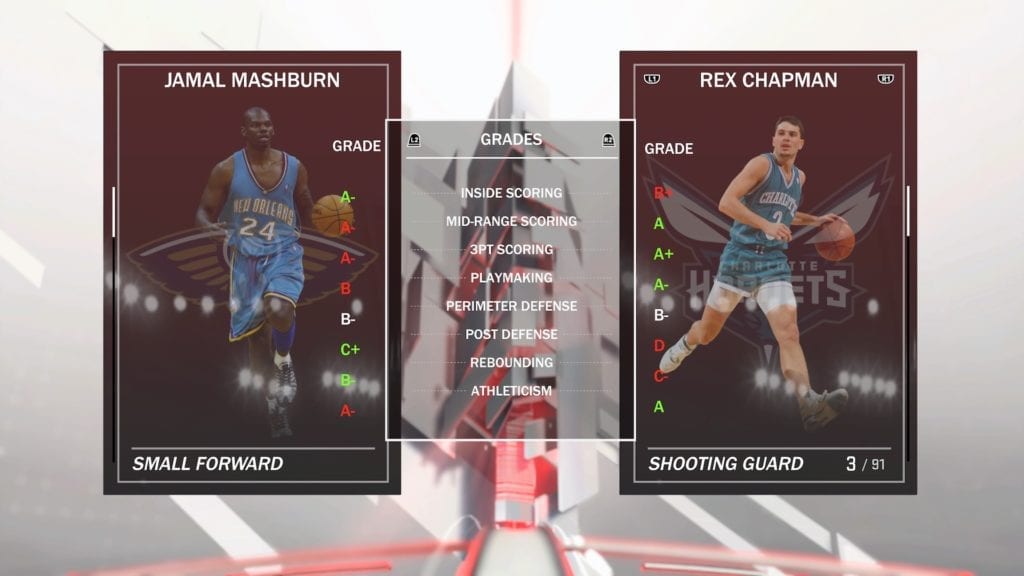 Or maybe Kings completion reward Jason Williams could be a duo with one of the Darryl Dawkins historic cards. Why, you ask? Because of their nicknames (White Chocolate and Chocolate Thunder) of course.

The sky’s the limit here, but basically it would give me a fresh reason to play some of the players I’ve had sitting on the bench for a while. 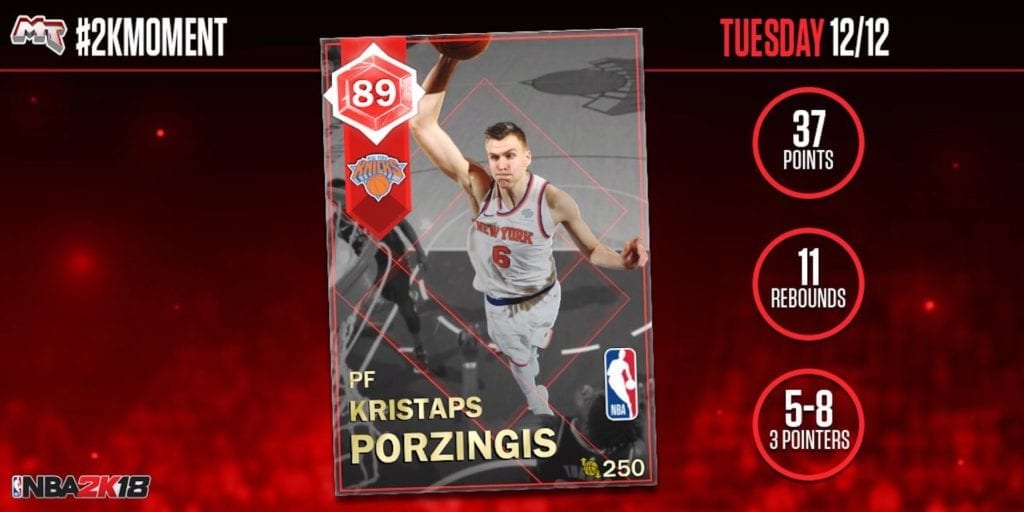 There has been a sprinkling of Moments Cards over the last week, but this Porzingis ruby is only one I really want. I’ve really enjoyed using his gold card, and this upgrade looks amazing. It’s also impressive that this is his third Moments Card so far this season — obviously Knicks fans have a reason to be optimistic as Kristaps is looking more and more like a legitimate franchise player each day (he’s not injured). 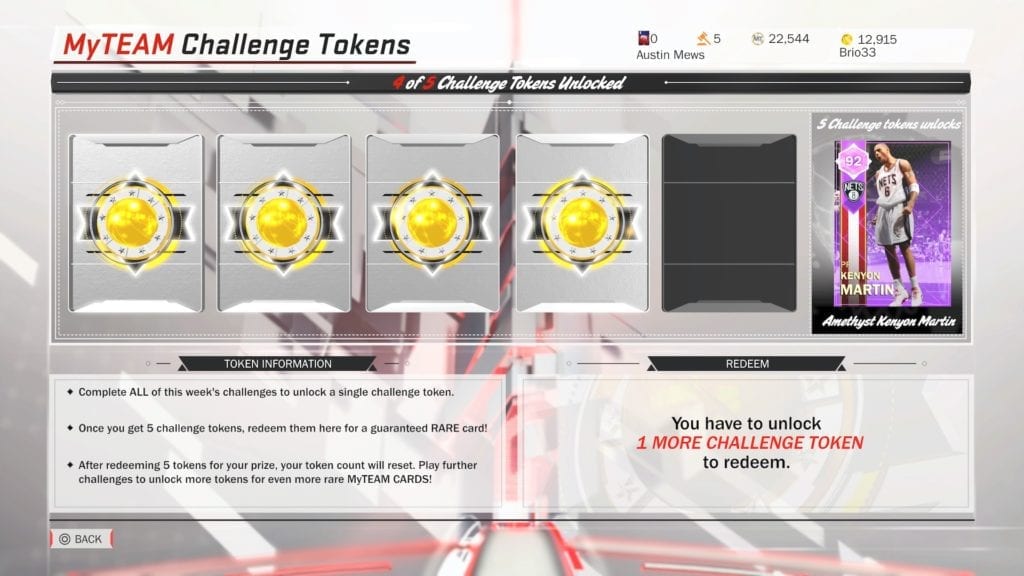 And this week’s challenges bring us one step closer to the amethyst Kenyon Martin. Actually, this upcoming Friday will be his unveiling. So until then, I think everyone’s fingers will be crossed, hopeful that the next card available via challenge token will be someone truly amazing.

If it were up to me, I’d like to see 2K take a page out of the TV show Lost‘s playbook.

Sure, everyone loves a good throwback player, but what if we started getting cards based on the theoretical future development of certain younger players. A “flash forward” if you will. Like an amethyst Devin Booker perhaps, from 2020 when he inevitably gets tired of his dysfunctional Suns team and heads to LA to be a Hollywood star with Lonzo Ball and Brandon Ingram? Or maybe a diamond Myles Turner, after he heads home to Texas to play alongside an aging (fellow Longhorn) LaMarcus Aldridge? Coach Popovich turns Myles into a Tim Duncan for the modern age, spearheading a new Spurs dynasty.

Who knows, anything is possible!