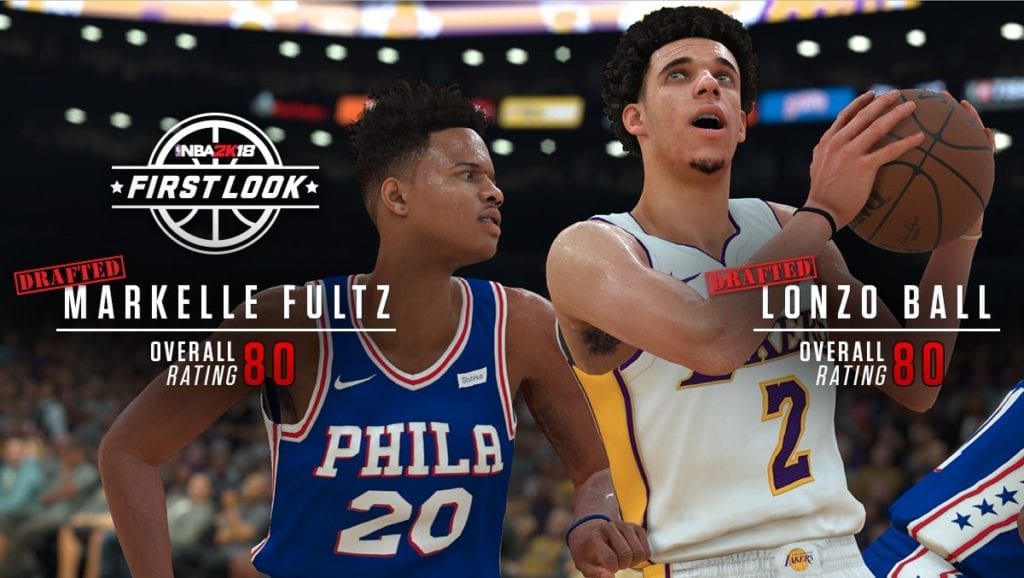 2K has released another NBA 2K18 screenshot, this one featuring Lonzo Ball in his Nike Los Angeles Lakers uniform, along with another look at the #1 pick of the 2017 NBA draft, Markelle Fultz (Overall 80) in his Nike Philadelphia 76ers uniform. Check out the first Markelle Fultz screenshot here, just in case you missed it.