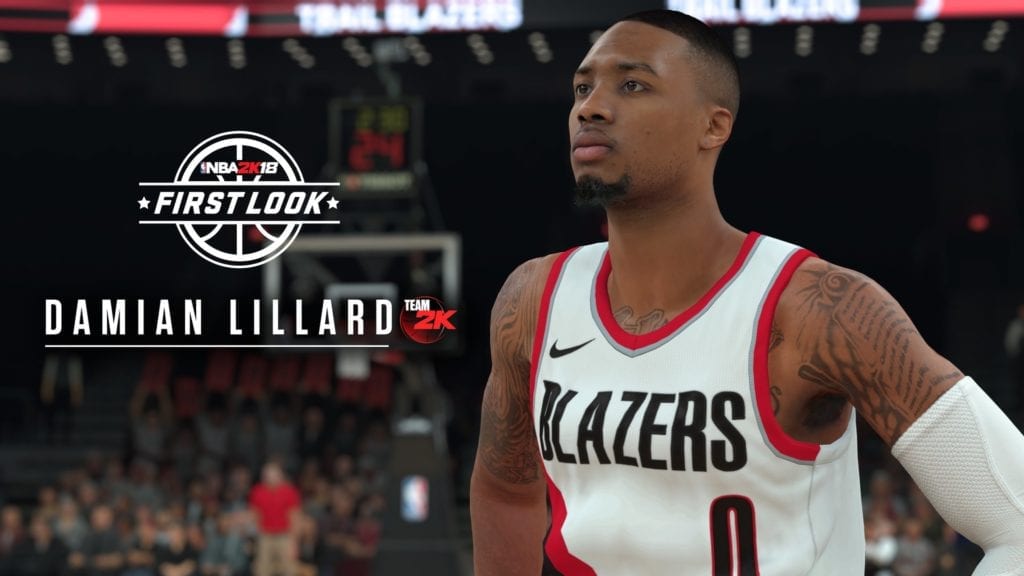 2K has just released an NBA 2K18 screenshot featuring Damian Lillard in his Nike Portland Trail Blazers uniform. For those of you that might have missed it, his overall rating is 89. All other NBA 2K18 player ratings, that have been released so far, can be seen here.

Below are links to other NBA 2K18 screenshots that have been officially released.