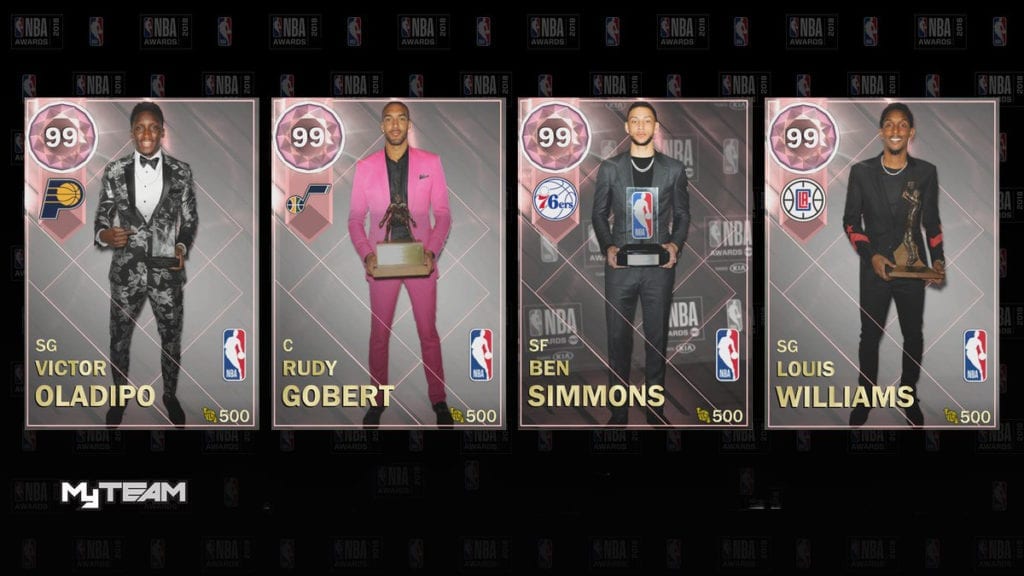 Award-winner cards are here, and if we’re being honest, the only one that looks like a must-get is Ben Simmons. He’s already got a 98-rated diamond (more on that later) and a 94-rated amythest, so there’s a lot of Ben to go around.

If you were lucky enough to catch the locker codes, you could have gotten versions of these cards where the players are in their fancy suits and holding their awards. But the versions below are now in Playoff Moments packs (aka in the auction house), and are otherwise the same. 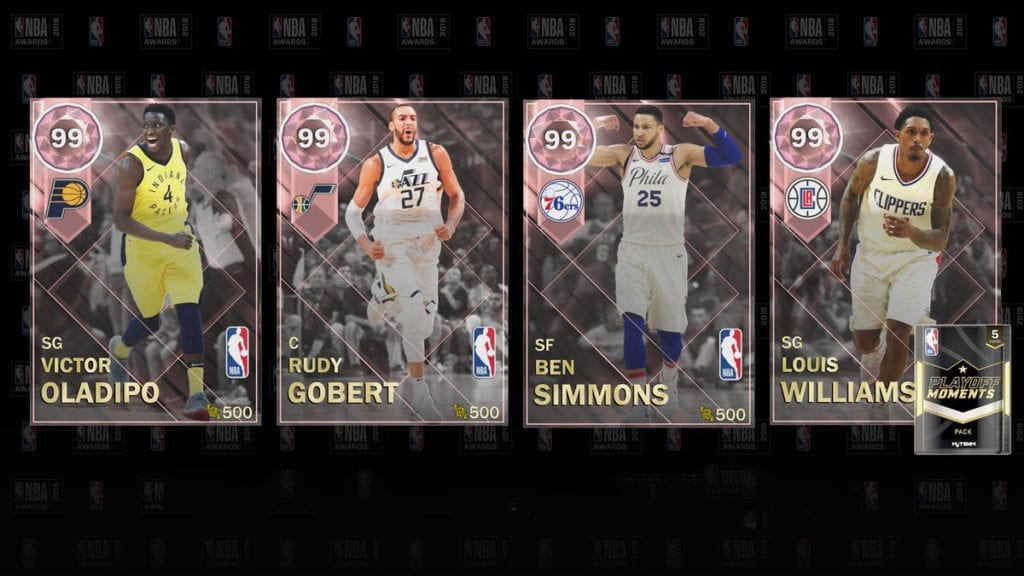 I actually opened a couple of packs and got the Oladipo, which I’ve been happy with. Or I should say, was happy with, until I sold him for 50K. I’m trying to get my hands on the Throwback pink diamond Tracy McGrady, and am extremely close to having enough MT.

One more Throwback market crash should do the trick… 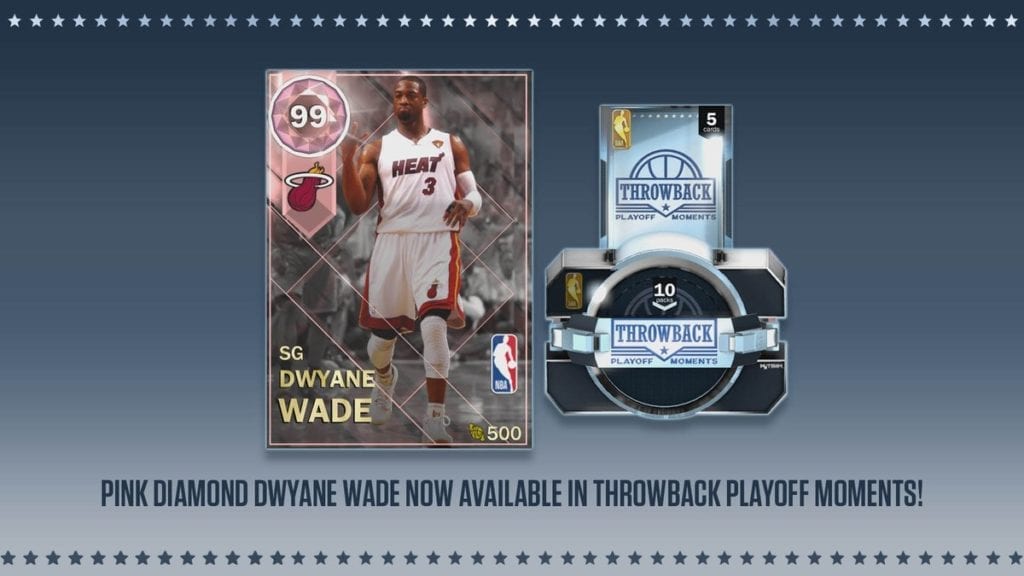 This pink diamond D-Wade just came out and is already BIN, which is a bit surprising. Unfortunately it didn’t seem to affect the market very much either. Tracy is hovering around 110-120 MT, so perhaps one more Throwback market crash will get him low enough for me to pounce.

And hopefully we’ll see something new this week! 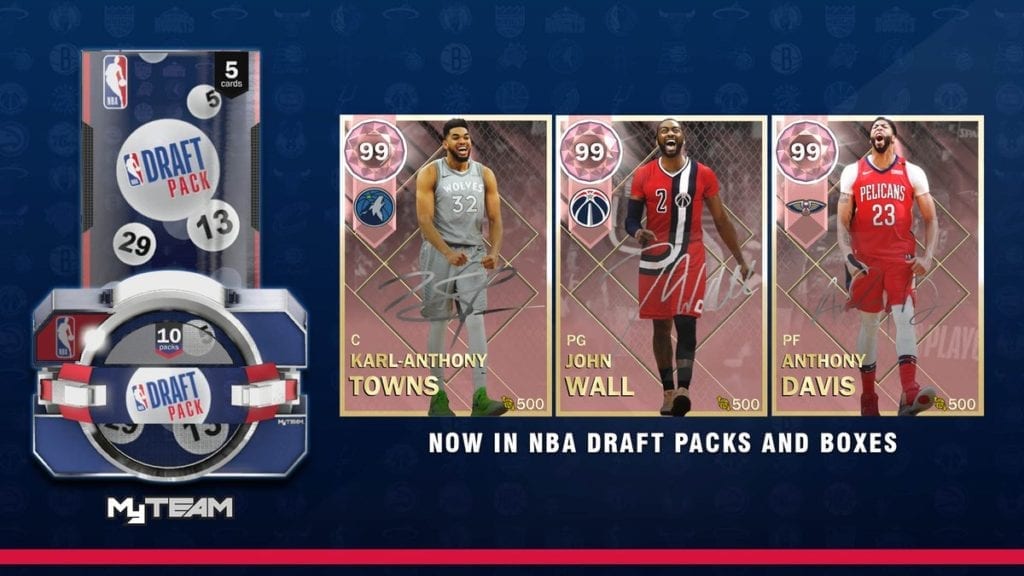 Speaking of market crashes, a couple of weeks ago these new Draft Packs did cause quite the quake — but it wasn’t permanent.

For example, when the packs first dropped, diamond Ben Simmons was BIN at around 80K. Now he’s going for 150K (and sometimes higher). I saw one with a red Kyrie 3-point shoe going for almost 500K the other day. That’s quite a profit margin.

The interesting thing about these packs is that there isn’t an expiration date.

Usually the premium packs have a two-week shelf life, and the Throwback Playoff packs have a countdown that implies they’ll be gone by September 1. So is it safe to think that these Draft Packs are our last premium pack, and will be here just as long? Why wouldn’t they have a similar countdown then? What does it all mean?

Regardless, 2K has been on fire recently and I just hope we keep getting new content. Personally, I’d like a few specific cards:

If you’re listening 2K, hook me up with a solid amethyst Kerry Kittles and Cuttino Mobley (to replace my rubies), a diamond Robert Horry (there are numerous playoff performances to choose from), and a pink diamond Moses Malone — though I’m pretty sure that’s pie in the sky as Moses hasn’t been on the historic teams in the last couple of iterations of 2K. One can hope, though.

What new players are you still hoping to see released?