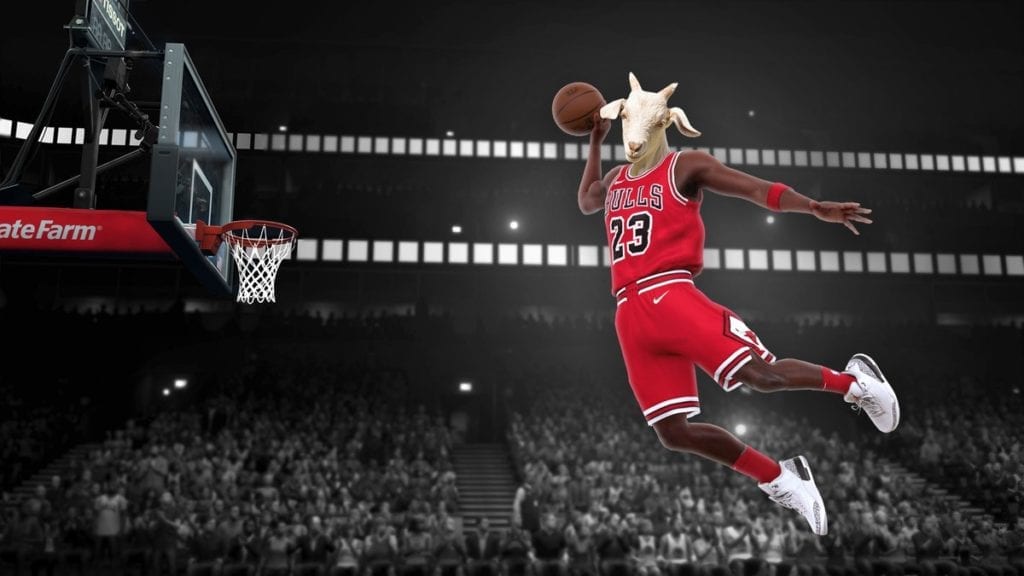 The G.O.A.T. is here! Unfortunately the only way to get him was through overpriced MJ Theme packs. 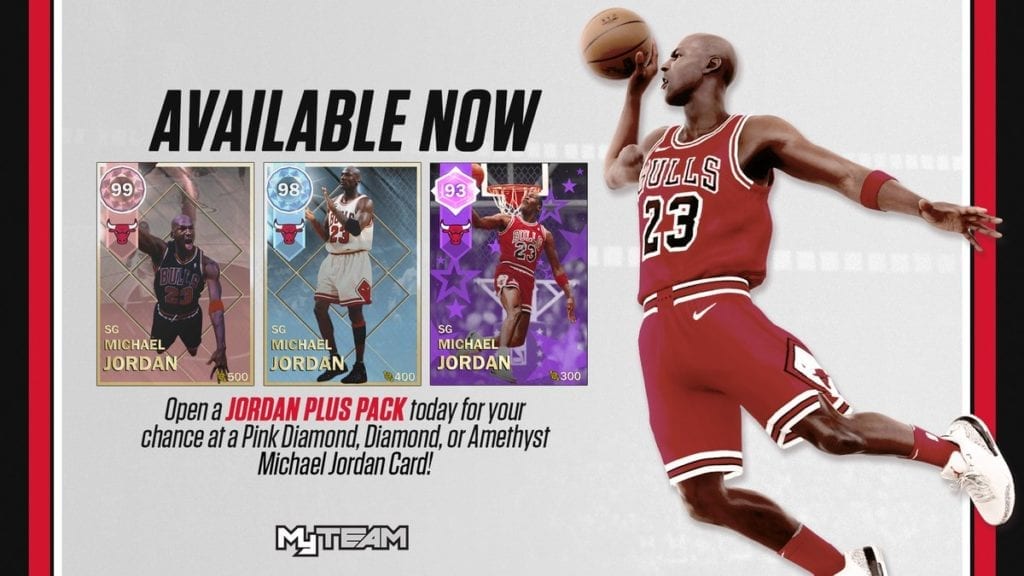 I am currently liquidating some assets to try and afford the diamond, as Mr. Jordan’s price on the auction house isn’t totally insane (250K-ish MT), and I’m crossing my fingers there will be an eventual duo with Pippen from the Ice Cold collection.

The only thing that worries me is that since both cards were from limited-time packs, we won’t get the duo since it wouldn’t provide any sort of financial gain for 2K. For example, if they announced the duo tomorrow, people that had a sudden interest in the cards wouldn’t have any packs to impulse buy. We’ll see, I guess. Or maybe we won’t.

And speaking of premium packs, I guess we’re done? Last Friday should have seen a successor to the Overdrive collection, but instead we just got some new throwback (and regular) playoff moment cards. 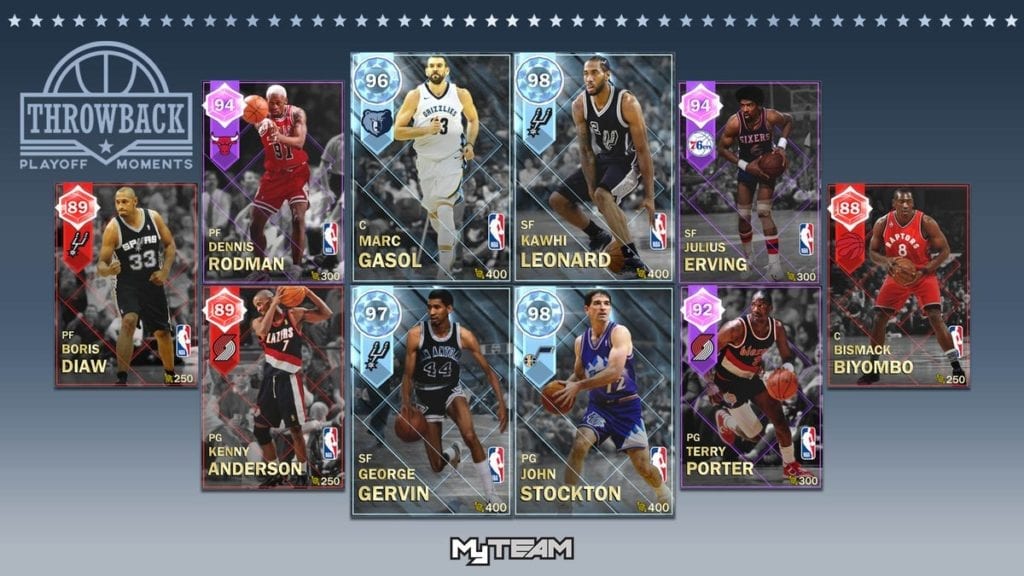 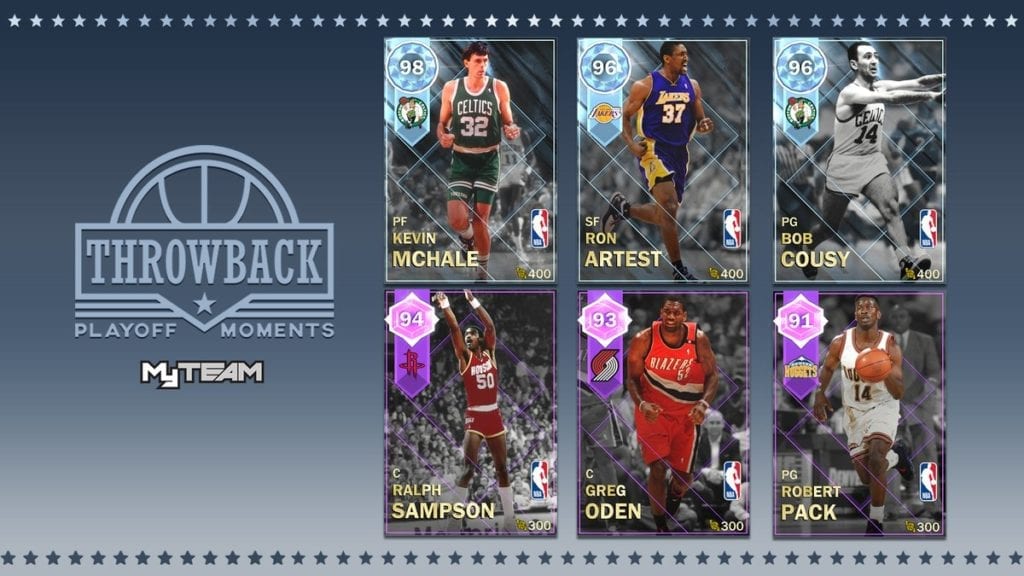 Don’t get me wrong, I’m not complaining about a diamond Kawhi or Kevin McHale (somehow we live in a world where a 98-rated card for a Hall of Famer like McHale is already under 50K in the auction house — and I scooped him up), but it seems odd to stop the premium packs (with their premium prices) so soon.

Hopefully 2K has something up their sleeve that will blow us all away. (I won’t hold my breath.) Oh yeah, there actually were some new dynamic duos announced last week. Finally, right? It’s definitely not the amount I (and I’m sure everyone) was hoping for, but click here to see what’s available now.

Back to the playoff moments for a second. So after game 2 of the Cavs/Celtics series, a bunch of Celtics got diamond moments cards. 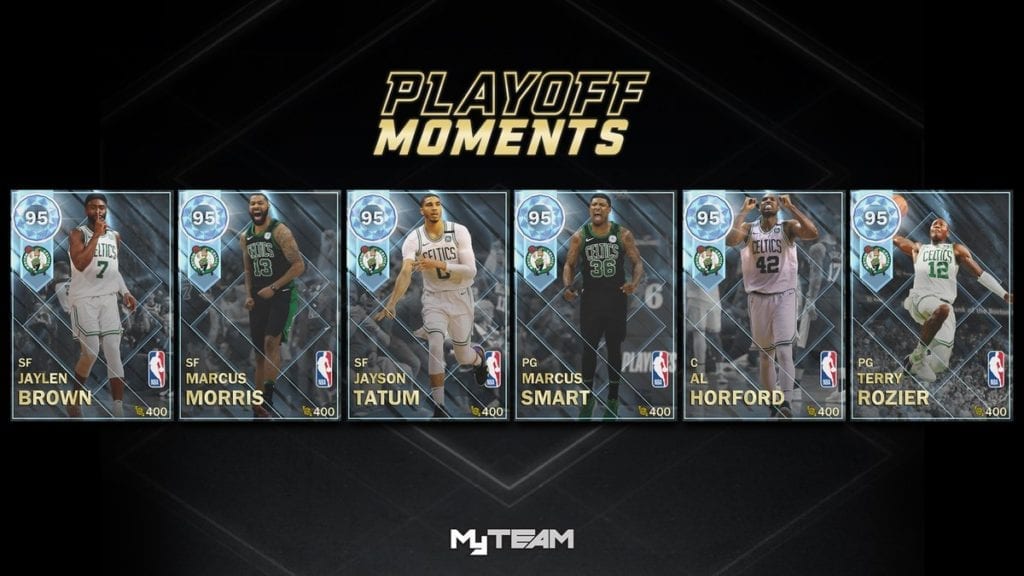 But then after the Rockets dismantle the defending champs in their game 2, we get one amethyst and one ruby. 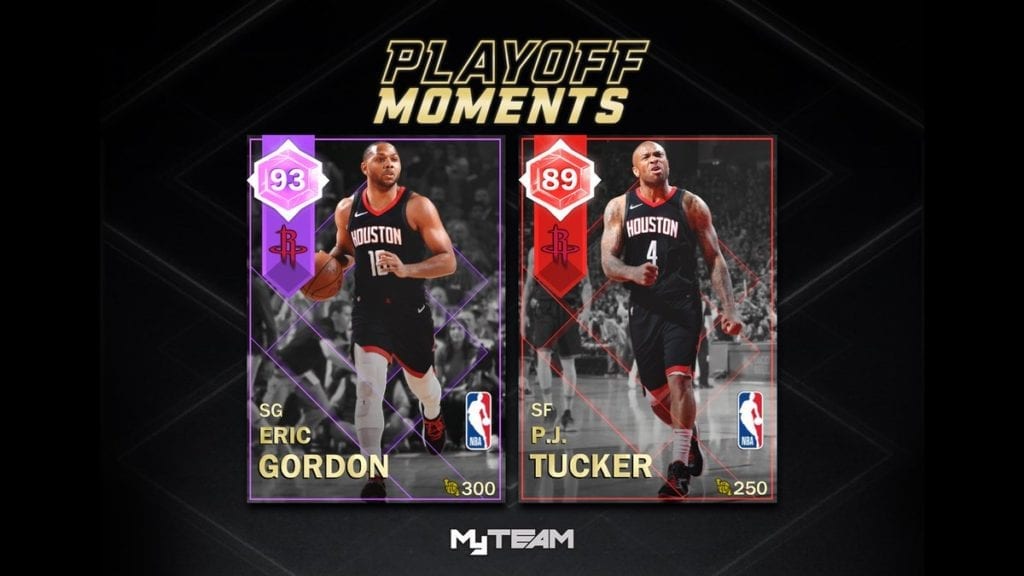 What is this crap? First of all, I’m still waiting for a new diamond of CP3 after his spectacular closeout game against the Jazz, or at least to celebrate the awesomeness he’s bringing against the Warriors.

And second, if freaking Marcus Morris can get a diamond, let’s give Tucker one as well. Obviously it’s all insane and unrealistic, but at least keep things consistent. Once again, I am just going to cross my fingers that 2K has something amazing up their sleeve to satiate Rockets fans (like me). 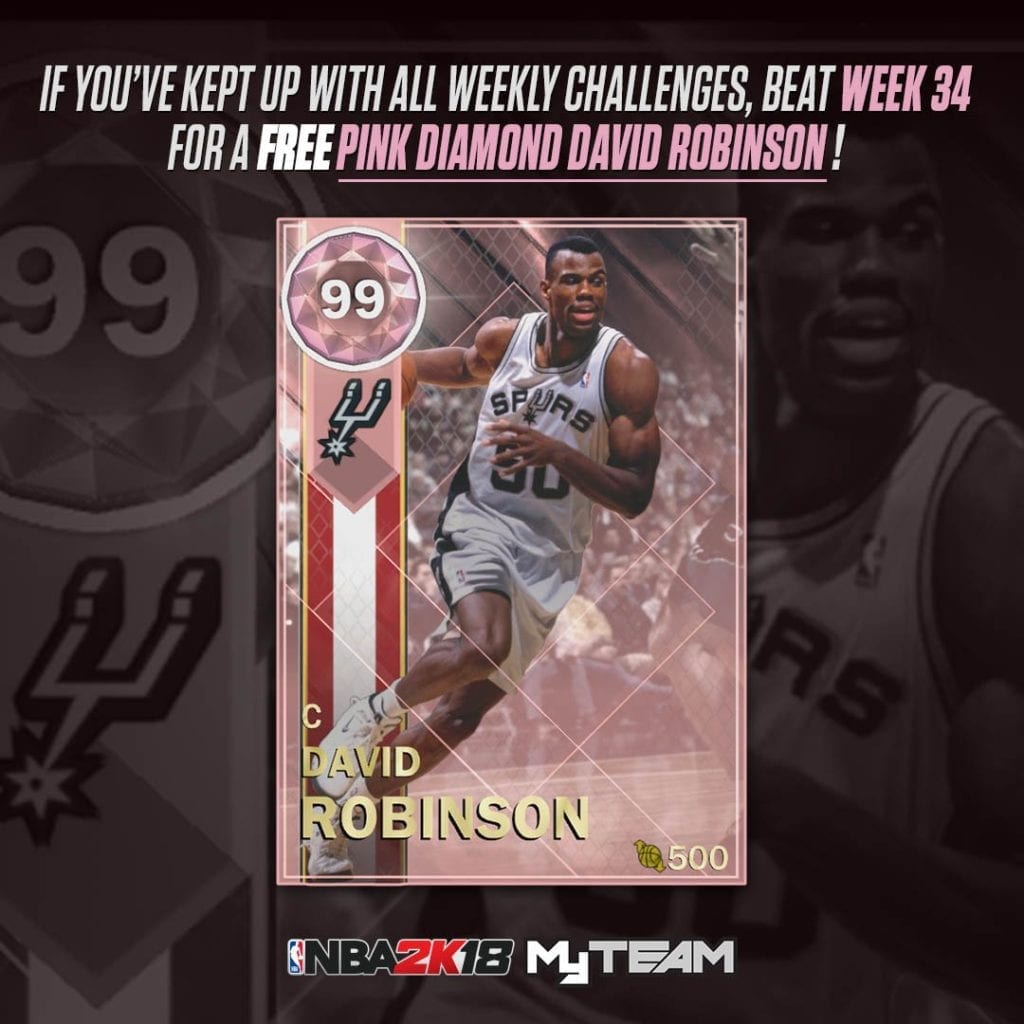 Rockets fans probably think of David Robinson fondly, as (at least for me) he brings back memories of one of Hakeem Olajuwon’s most iconic NBA performances. But I can also appreciate The Admiral’s greatness, and I’m beyond thrilled to add him to my team. Definitely my end-game center.

As it stands right now, my lineup is shaping up like this:

I can’t think of many cards that could potentially supplant any of these guys. And now that we’re getting close to the end of the season, hopefully we’ll get (hint hint 2K!) some new moments challenges (or ANY kind of playable content) to utilize the squads we’ve been working so hard to build.