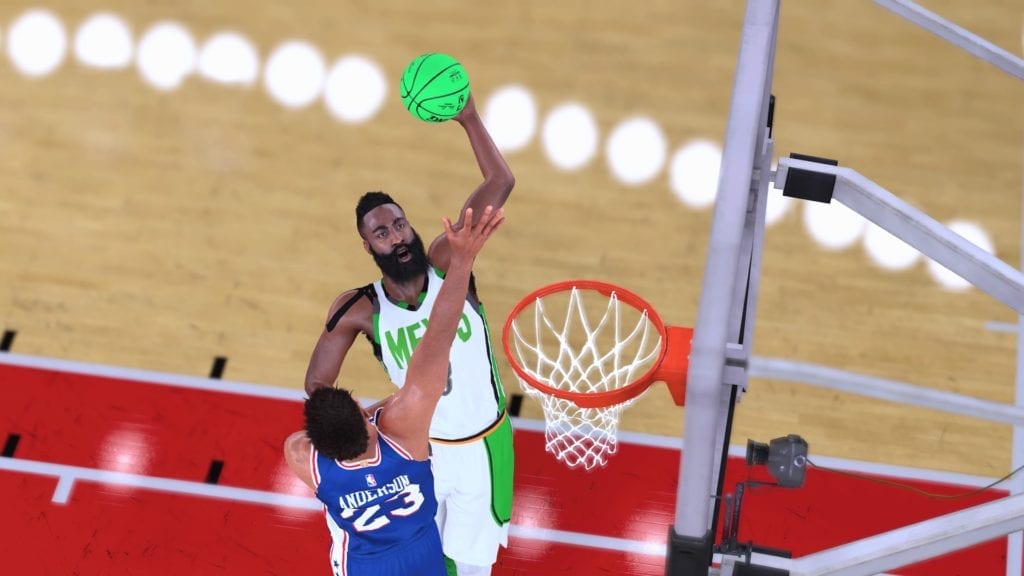 What is the end goal of MyTeam? How do you “win”?  When can you move on (to other modes, or games, or just take back that slice of valuable time again)?

In 2K16 it was all new to me, so I was just happy to figure out the auction house and play some games. Last year, my goal was to beat domination. And when I finally put together a team that did it, I felt extremely satisfied. It was challenging and fun and I couldn’t wait until 2K18 to start over again.

This year? I don’t really know.

When I finally do finish All-Time Domination, I know I’ll be happy, but don’t think I’ll be satisfied. I’ve invested too much time (and money) this year, and feel like there should be more. I’ve spoken already about my displeasure for Supermax and online play in general, so (for me) that’s obviously not the answer. The schedule mode is kind of a joke, unfortunately. And moments challenges pop up less than amethyst Bobby Jones in the auction house.

Well, The great poet Miley Cyrus once said:
Ain’t about how fast I get there.
Ain’t about what’s waiting on the other side.
It’s the climb.

These days I don’t spend a lot of time playing actual games. If I’m being honest, I probably spend the most energy and effort in MyTeam just thinking about my team.

Contemplating auction house moves. Trying out new players (and different combinations of older players) to see if I can maximize my squad’s efficiency. I love cleaning house as a new promo is about to drop to make sure I can afford that new beast with a zillion more HOF badges than anyone who came before — or just trying to turn a profit, which can be satisfying in its own right.

Actually, the “climb” is insanely addictive.

Is PD James Harden my end-game shooting guard? Does he best serve my play style? He’s probably the best card in the game, but I’m playing a defensive-minded strategy this year, so maybe I should sell him and try Elgin Baylor at the two? Would I miss James’ playmaking ability? Is there potentially a shooting guard coming down the pike that has Baylor’s athleticism/defense and Harden’s shooting/playmaking?

Which is still fun, otherwise I wouldn’t be firing the game up every week (or even daily). But for how much longer? I know they’ll release new and improved cards forever, so at what point do I tell myself that this team is the best one I’m going to put together? And that now it’s okay to stop?

How are you measuring your success this year? What keeps you coming back?

While you think about that (and hopefully let us know in the comments), I’ll be working on the weekly challenges to see if Nate Thurmond fits in better with my squad. Or maybe he and Sabonis can play together, with Sabonis at the 4, and then Dirk becomes my sixth man? Or maybe it’s time to go after Anthony Davis and just lean into a beastly defensive team…