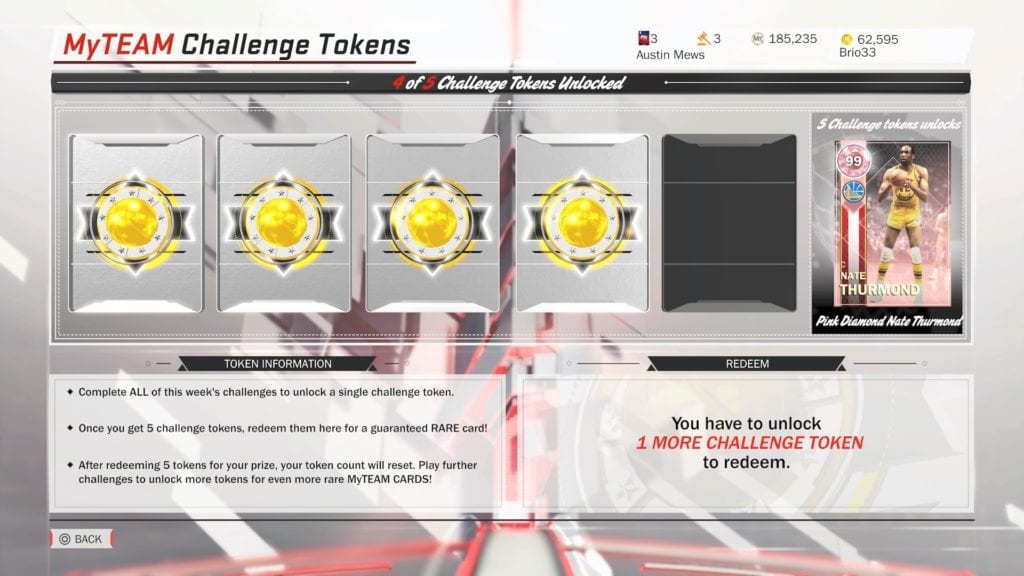 First of all, if you’ve been keeping up with the weekly challenges, we are super close to getting pink diamond Nate Thurmond! I’d have to think a center of his caliber will end up on my end-game squad, but who really knows what the future will bring. Just when you think you have the final piece at a certain position, some shiny new card is released that makes everyone lose their minds.

That’s MyTeam in a nutshell isn’t it?

Speaking of which, I guess premium packs will be coming out on Thursdays now, which means the new Heat Check cards are technically part of week 27. 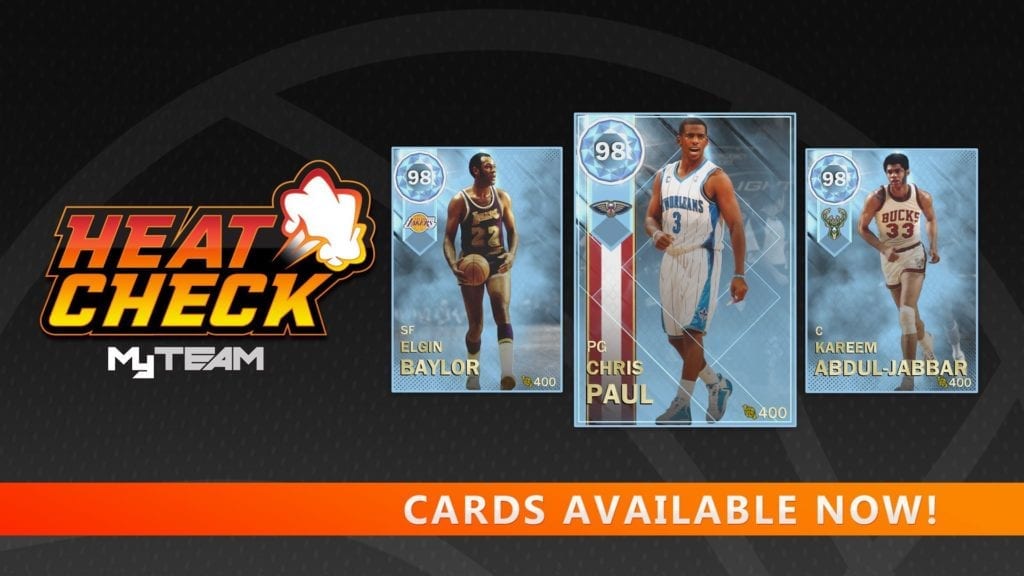 98 rated Elgin Baylor, 98 Kareem Abdul-Jabbar and 97 Chris Mullin are the top cards in the set, with a 98 Chris Paul as the collection reward.

I personally am interested in trying out a couple of the amethysts: Arvydas Sabonis (who has Hall of Fame Dimer and Flashy Passer badges, among others) and the unicorn himself, Kristaps Porzingis (a 7-footer with HOF shooting badges galore). Their prices have already started to drop, so I’ll be picking them up shortly for a test run.

It’s amazing the caliber of players that can be had on the cheap these days. Just to put some of these new cards into perspective, one of the lowest-rated players in the Heat Check set is ruby Eric Gordon, and he has the four best HOF shooting badges in the game. But a ruby shooting guard I got months ago, Kerry Kittles, has zero HOF badges and a limited number of gold badges. I remember when I thought he was loaded. But now, I can barely use him.

2K, can you please upgrade some of these older cards to make them competitive today? Or give us the option to add HOF badges? Or at least hook us up with more dynamic duos?

The new moments Karl Anthony Towns at least has a duo with ruby Ben Simmons. Can’t say I’ll be going out of my way to get either card, but it’s at least something. I guess. I’ll be using my sapphire Towns to try and take on his new (finally!) moments challenge: Score 56 points with any version of KAT. Doing so will net you 5K MT, so that’s not too shabby.

There were also impressive (especially from a badge standpoint) new diamond moments for Kemba Walker and Dwight Howard, which both are down to BIN with the Heat Check market crash going on right now.

I’m tempted — but no. I want to save up for some other cards, like the diamond Anthony Davis, or maybe (yeah, right) a pink diamond Yao or Carmelo. Who knows, maybe their price will drop as the year goes on and more pink diamonds are released. 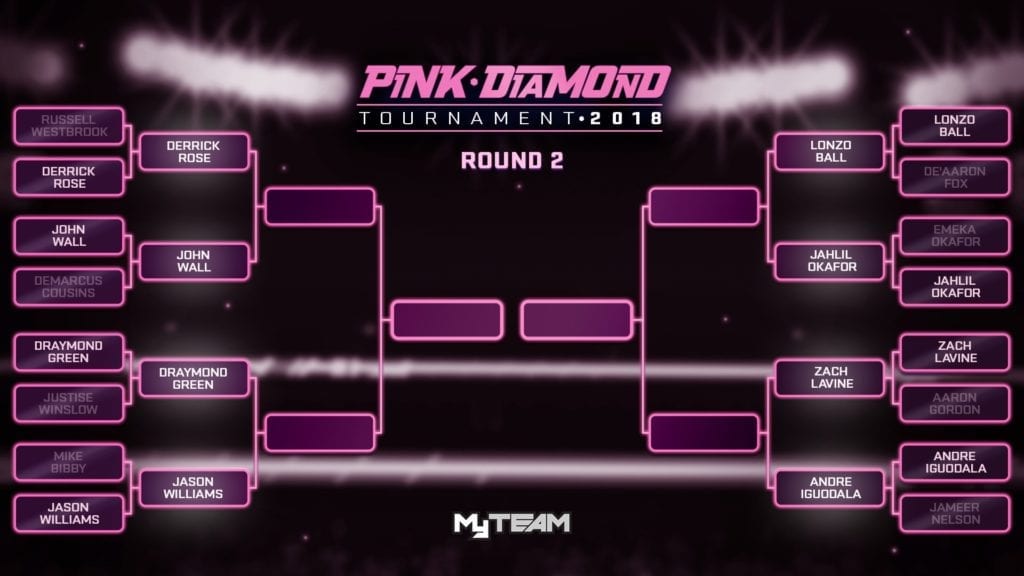 Maybe I’ll try to save up MT for the inevitable PD Lonzo Ball coming down the pike. Because I would’t be surprised if these are part of some new pack promo that will have to purchased with VC, or (because I have terrible pack luck) bought on the auction house.

I’m hoping against hope that whoever wins the PD tournament will be earnable via a moments challenge, or even a locker code, but based on how things have been going recently, I won’t hold my breath.

We Talk to Detoxys Ahead of Being Drafted Today in the NBA 2K League
NBA 2K League Schedule Revealed, Tip-Off Tournament Begins on May 1