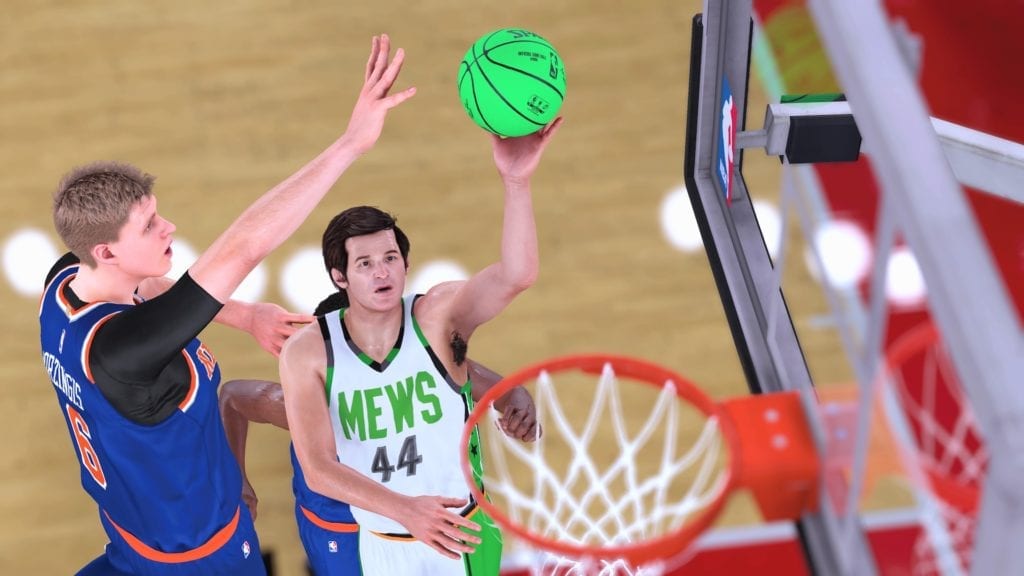 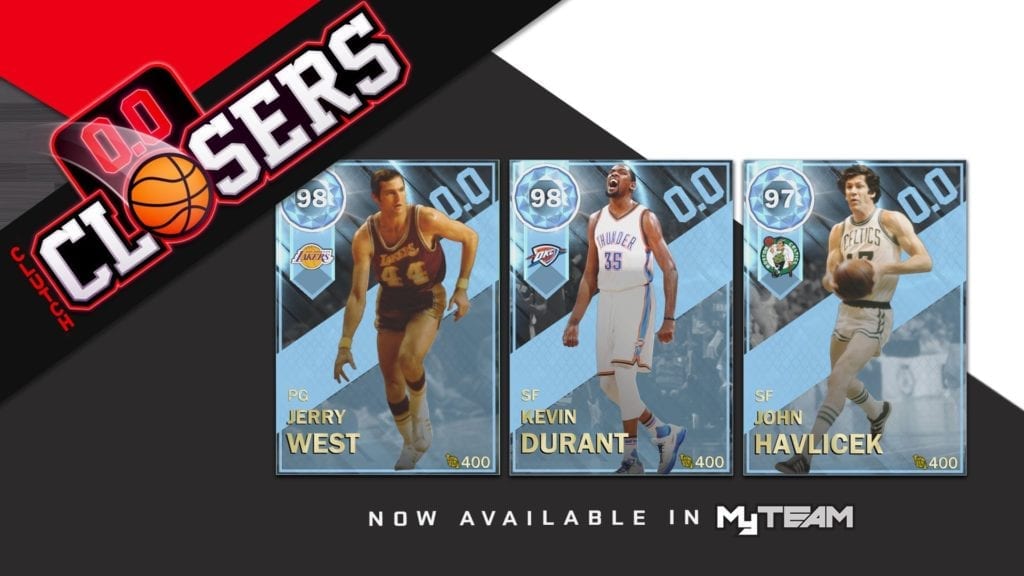 I bought The Logo with the intention of flipping him to make some MT, but am thinking now that he could be my end-game point guard. West and James Harden is a drool-worthy backcourt to be sure. If you’re on the fence about trying him, go for it. You won’t be disappointed.

What’s funny is that he and Kevin Durant are both rated 98, but where Jerry is fluctuating between 100 and 150K on the auction house (I actually got him BIN), Kevin is flirting with 500K. 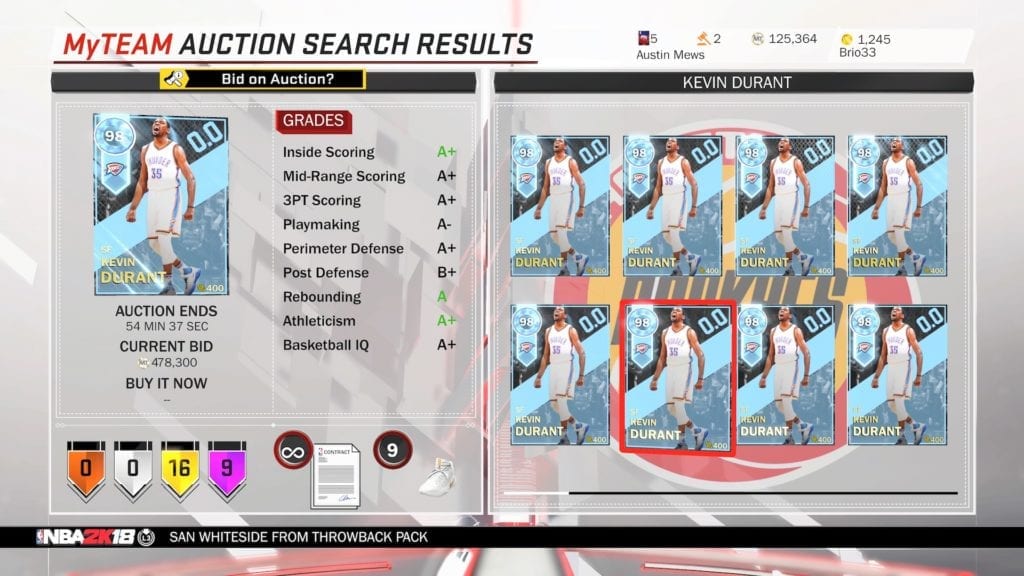 Durantula does look awesome, but that price is kind of insane.

I really wanted the collection reward (Hakeem), so I decided to try a Clutch Closers box (because I certainly can’t afford Durant à la carte). And you would really think I’d have learned my lesson by now when it comes to buying VC, but no. 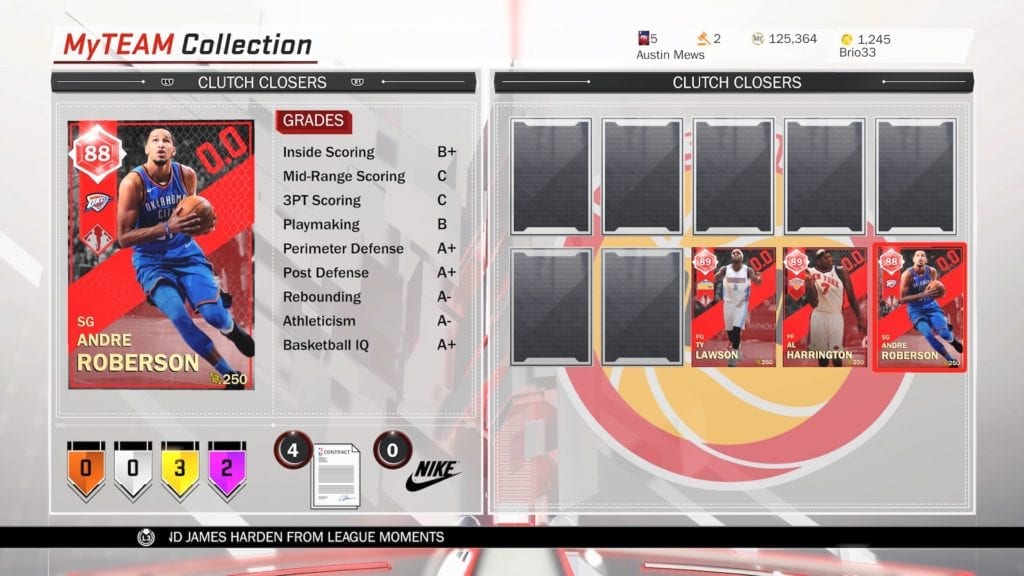 Yup, just the rubies. Literally multiple copies of each, which I could barely sell for 500 MT. What a waste.

So I gave up, and I think I’m just going to buy a couple more players from this collection as they get cheaper because there are quite a few nice-looking cards to choose from — most of which are loaded with Hall of Fame badges. The John Havlicek, for example, has HOF Defensive Stopper, Relentless Finisher, Acrobat, Catch & Shoot, Tireless Scorer, Difficult Shots, Deep Range Deadeye, and Mid-Range Deadeye, and is already down to 60K in the auction house.

This is thanks to the (already gone) St. Patrick’s Day promo. Each special pack had a guaranteed Celtic, flooding the auction house with previously scarce cards. But most importantly, Larry Legend is here! 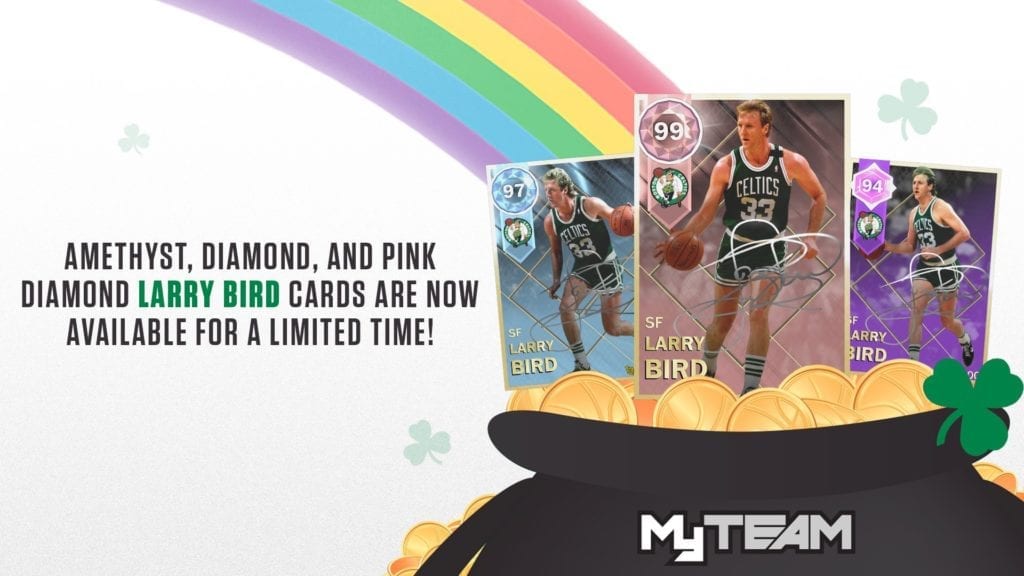 I’ve never been a huge fan of using Larry in NBA 2K, mainly due to his shot release. I’ve heard it is smoother this year, so I might try his amethyst at some point.

Unfortunately there wasn’t a moments challenge (like with Kobe) to earn the card, so I’m keeping a watchful eye on the auction house. That amethyst is going for around 30K right now. The diamond, if you’re bleeding green with Celtic pride and MT, is around 300K. The PD…3 million! 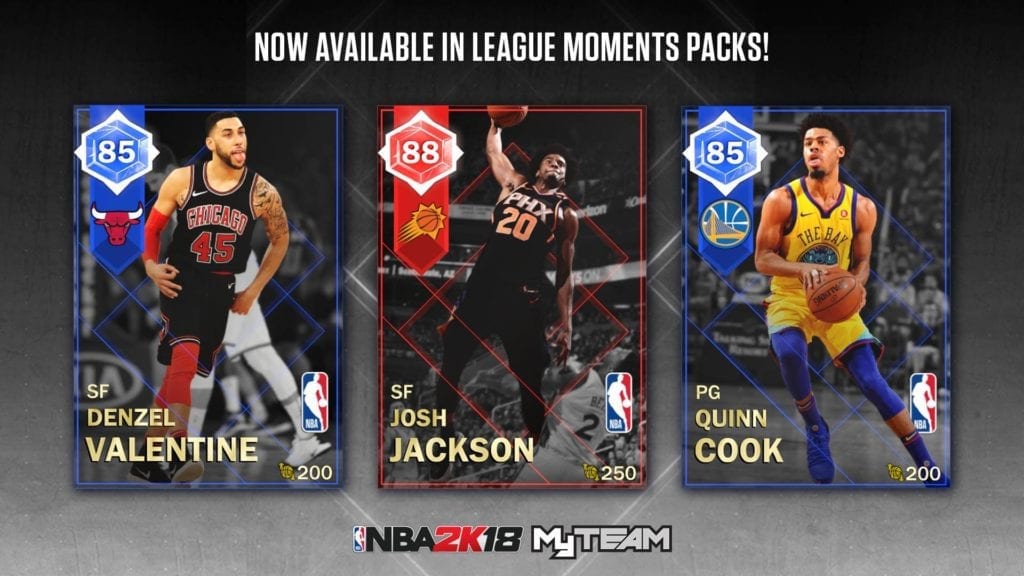 I’m hoping this week we get something big. Carmelo Anthony and Paul George are both due for amethyst upgrades as the Thunder have been on a tear recently. And I personally would love to see an upgraded Chris Paul (as my Rockets are also playing great), because I think he might be the only player to give Jerry West a run for his money as my end-game point guard.

But mainly, 2K powers-that-be, where are the new freaking dynamic duos?!?!?