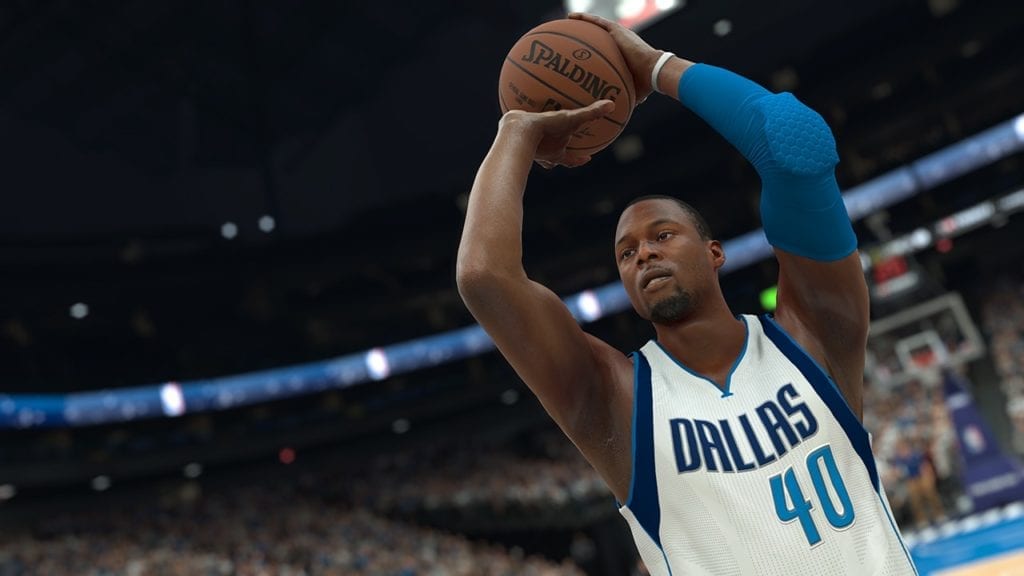 2K announced today NBA 2K17, the latest iteration of the #1 NBA video game series*, and Fitbit have partnered together on an unprecedented connected health initiative, which will reward healthy activity through in-game NBA 2K17 rewards. Starting on November 25, NBA 2K17 will enable players around the world to cross over and connect their Fitbit tracker and will receive in-game boosts when players reach a target of 10,000 steps per day.

Specifically, after users reach the steps milestone, the game will prompt them to apply temporary +5 attribute boosts and success rate to their MyPLAYER in categories like agility, layups and dunks, and more that will significantly improve performance for the next five games played that day.

2K and Fitbit hope to encourage a healthy lifestyle while rewarding the fans of the game in a new unique, innovative way. This partnership breaks down the boundaries between in-game training and real life, players can reap the benefits of their personal training with their MyPLAYER’s performance in the game. It’s an extra incentive for fans to get out and reach their target steps per day as it gives them an edge in NBA 2K17.

The NBA 2K17 fitbit integration makes it easy for players to temporarily boost their career players abilities by simply keeping active in the real world. NBA 2K17’s “MyPLAYER Inventory” feature is where users customize their MyPlayers by equipping new on and off court clothing, new animations, shoes, accessories as well as see their MyPlayers overall attribute progress.

All 2K17 users will see the ‘fitbit’ menu option on the top page of the MyPLAYER inventory. When users select the fitbit option for the first time, a sell sheet will explain where to go to register their fitbit trackers and provide a brief rundown of how the feature works. Players will be instructed to visit the 2K Sports website to register their fitbit’s.

When a player with a registered fit bit tracker selects ‘fitbit’ in the myplayer inventory, they will no longer see a sell sheet and a ‘syncing’ animation will appear as the game attempts to access the most recent data available to us pulled from the fitbit servers.

NBA 2K17 will display and timestamp the most recently available step count data for the current 24 hour (midnight to midnight) window. Based on a predetermined target value (10,00 steps currently) we will either congratulate the user for reaching their goal or tell the user how many steps they have to go to reach their goal.

If there is a desync between fitbit tracker on the users wrist and the game, the menu will tell the user exactly what time current data it is showing was pulled. We will also include a message to “check again shortly” for more recent data.

If the user has reached their step goal for the day, the game will prompt the player to press a button to apply temporary attribute boosts to their MyPlayers. We will be adding +5 to each attribute that affects a career players abilities and success rates, this is a significant increase. The career players boosted attributes will be active until the user has played 5 (tunable) games at the boosted rated – generally about 2 hours play on average, or until midnight when fitbit trackers refresh step counts for the next day. (If a game is started before but ends after midnight, they will stay boosted for the whole game).