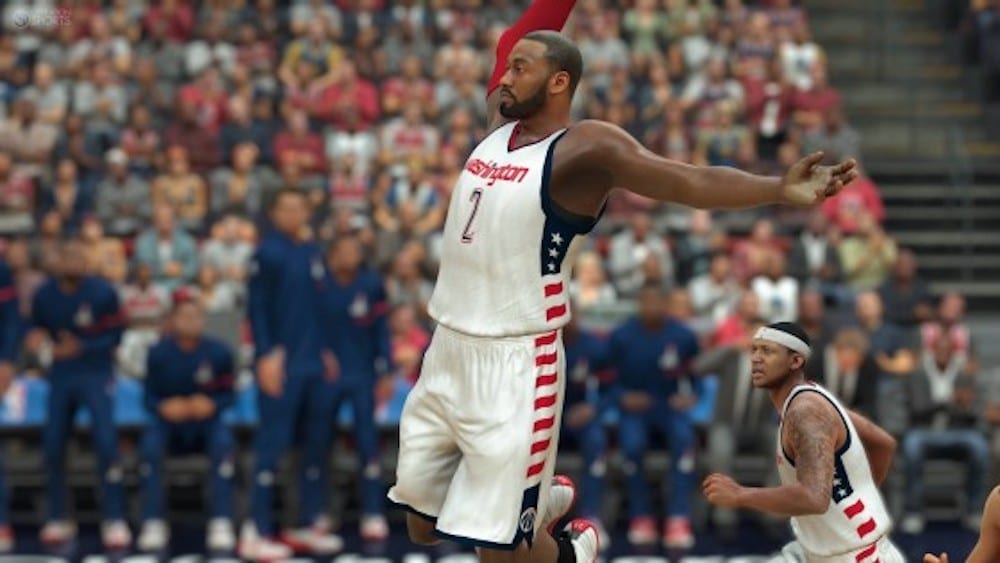 As I spend more and more time with NBA 2K17 and the polish wears off, I settle into a routine with the game — many of you likely do the same. 2K offers so many different modes that it would be impossible to dedicate yourself full-time to each of them. We all have our favorite modes, and we usually have one particular mode where we spend most of our time.

Technically, my most-played mode would be quick game because I spend the most time playing friends in person one-on-one. We play 12-minute quarters to simulate as realistic a basketball game as possible. It’s really competitive and very addictive. But quick game is just that, a game. If I had to single out a specific game mode, I gotta go, once again, with MyLeague.

Omitting MyGM was intentional, as I find that side of the franchise experience a tad unrealistic. If judging it as an RPG take on franchise mode, it’s fine. But this year, MyLeague offers more than ever before, including a much more realistic front office experience. Some frustrations remain, which I will get to in a bit, but overall, MyLeague remains my favorite mode because it has one significant upgrade and several promising tweaks that give me hope for the future of this mode.

The biggest addition to MyLeague (as well as MyGM) is the ability to add up to six expansion teams to your league, choosing from historically great teams, 2K-created teams or community-created teams. This process is easy as can be. I prefer adding one or two teams at a time to gradually build the league. I haven’t yet tried switching control to an expansion team, but that will provide a new unique challenge to this year’s mode.

Even if expansion doesn’t intrigue you, there are several key tweaks that will make fans of the mode happy, and perhaps even give skeptics a reason to try it again. For starters, the mode took a huge leap forward in terms of mimicking how the NBA operates. Gone are the days when you couldn’t make trades in the offseason, which had long been an odd omission. This goes a long way in making the offseason experience a lot more fun. You can now do things like add protections to draft picks you trade, more accurately project your salary-cap situation in future years and much more.

I started a quick run with the Pistons, opting to start the mode at the end of the Cavs’ recent title win, which is another addition. After getting to re-do the draft, I was able to take another crack at free agency. The real Pistons had a solid, if not unspectacular, free agency. They upgraded their bench, but they didn’t make a really big splash. I decided to change direction and shoot for the stars by trying to convince KD to come to the Motor City.

He almost immediately made the decision to return to OKC. I thought about going after Horford, but I didn’t want to commit that much money to someone at the tail end of their prime when my team wasn’t yet ready to contend for the championship. I instead decided to focus on the bench, opting to sign Jeremy Lin as my backup PG and Mirza Teletovic as my backup power forward. I ended up making the playoffs, but got bounced in the first round as the 5-seed by the Raptors. It was then that I regretted not going for Horford.

And that’s the fun of this mode. There are unlimited universes out there where KD could be a Piston. Or Al Horford. Or, y’know, Jeremy Lin. Trying to rebuild the Pistons, or any other team for that matter, is a lot of fun. But for all of the improvements made, some familiar frustrations remain. Perhaps over time it will get better, but as of right now, the trade logic doesn’t seem to be where it needs to be. Offers are more realistic, but I received far too many unrealistic or just plain pointless offers for Reggie Jackson.

The contract system could also use some more refining. The salaries that the top-tier stars seek is in line with what you would expect in the real world, but fringe starters and bench players are far too cheap. I got Lin to sign for less than half the salary he just got from the Nets, and got an even better deal on Teletovic. It’s not terribly easy to build a super team with a Big Three in this mode, but you can stack your roster with a lot of solid players on the cheap. That’s just not how it works in today’s NBA.

But as always seems to be the case with NBA 2K, the positives far outweigh the negatives. I am having more fun with MyLeague this year than I have in any prior year, if for no other reason than it’s much more realistic this year.