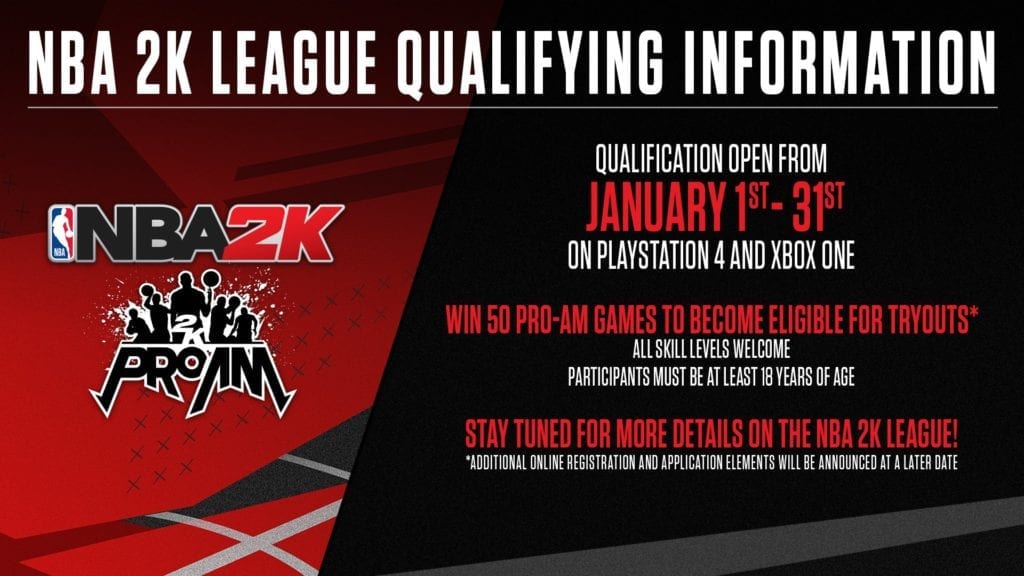 NBA 2K League Managing Director Brendan Donohue has announced the NBA 2K League Qualifier, which is the first step for prospective players to try out for the league.

o   Players can compete as a walk-on, part of a team or a combination

o   There will be no centralized physical tryouts