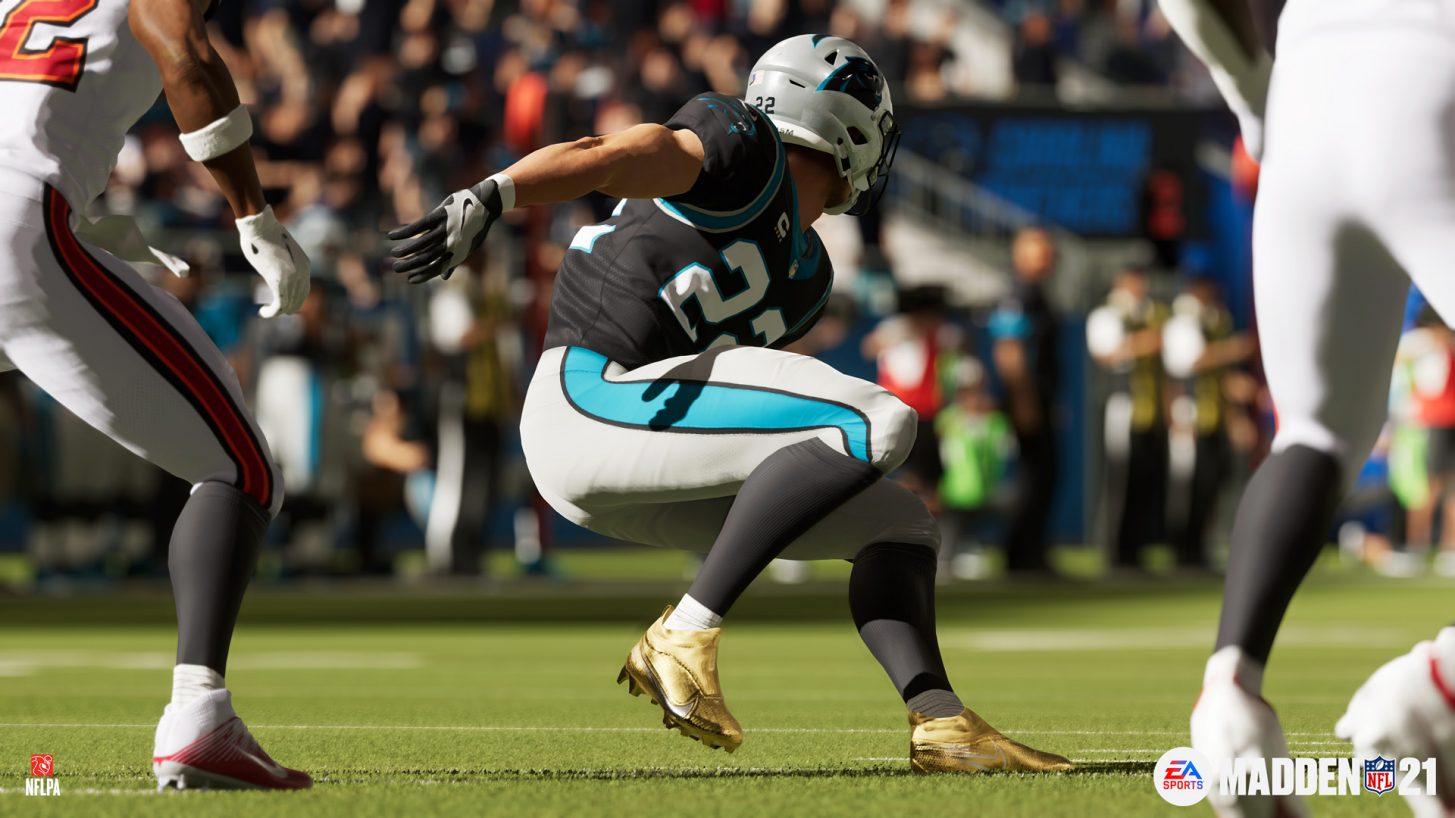 Madden NFL 21 for next-gen consoles is just around the corner and today, EA has posted their latest Gridiron Notes, revealing more details on what you will see on game day. Players will see more details in every part of the stadium, thanks to the new deferred lighting and rendering. Finally, we will see a more interactive sideline, with player likeness, name and body types included. Players on the sideline will get out of the way when players are pushed out of bounds and can also celebrate with the crowd at various stadiums in the league.

New contextual player, bench and fan reactions let you feel the explosive passion of the last-minute winner or a game-clinching touchdown. And pre-game cinematics deliver an unprecedented matchday experience to immerse you in the sights and sounds of the NFL.

In-game experiences deliver authentic, dense sidelines and beautifully rendered crowds that you can interact with alongside post-play player movement and reactions true to the NFL. Your teammates, who once only sat on the sidelines, now have more meaningful interactions during the game.

The improved hardware provided by next generation consoles has allowed us to greatly increase the number of unique sideline entities while simultaneously adding levels of interactivity, authenticity, and reactivity never before showcased in Madden NFL.

Celebrate with the Crowd

The following stadiums give you the ability to celebrate in the crowd:

NFL athletes are built differently depending on the positions they play, and these differences are more distinct thanks to next generation technology that delivers new levels of detail and realism. All player bodies in the next generation of Madden NFL are brand new to accurately represent the various athletic body types across the league. See deeper definition in player physiques while dynamic lighting accentuates details such as faces, hair, and uniforms to take athletes to a whole new level of realism.

With the higher processing power of the next gen hardware, we can visually represent the player bodies to match their real-life counterparts. The number of vertices and texture resolutions have nearly doubled and have been authored to fully utilize the graphics processor of the next gen consoles. Along with the outer appearance of the player bodies, the next gen consoles have also opened up opportunities to upgrade our render skeleton to better demonstrate secondary body motions and real-life muscle deformations.

Players will also look and feel different with improved animations that will be noticeable on their bodies, impacting things like muscle movement and padding.

Whether you’re running out of the tunnel in Atlanta or leaping into the stands in Green Bay, hear the spine-tingling roar of the stadium thanks to spatialized audio technology new to Madden that wraps you around for a completely immersive experience.

Utilizing crowd placement data that provides one-to-one fidelity of crowd members in the stands, we are able to accurately place cone outputs utilizing spatialization effects and precise orientation. This means you will hear the impact of spatialized sound FX, especially in the huddle and when the crowd roars. Audio is an underrated attribute of the total gaming experience, and location-based audio allows you to feel more like a player on the field the audio soundscape wraps around you authentically as it would in a stadium environment.

With the improved graphical power of next generation consoles, we can render 10-times more particles while keeping our game running at 60 FPS. The real-time surface and material shaders have been upgraded to fully utilize the higher processing power of the CPU and GPU to represent surfaces that react to weather. See new rain and snow impacts specifically on helmets and jerseys where it affects the fabrics and sideline floors.

Sense the impact of every catch, tackle, and kick with immersive controller haptics. A new PS5™ DualSense™ controller with rich and responsive haptic feedback deepens the gameplay experience letting you feel the rhythm of the game in your hands.

Players will get audio and haptic feedback that can teach them the game and immerse them in the experience. Imagine feeling a warning for an oncoming blitzing linebacker or feeling the thud of a game-winning catch in your hand. Thanks to new dual-channel vibration tech driven by haptic waves, feedback can be delivered to each hand separately to let you feel what the players feel on the field. With the use of adaptive triggers, users feel resistance on the trigger to give feedback on a player breaking a tackle or running low on stamina.

Players who buy, or who have already bought, Madden NFL 21 for Xbox One and/or PlayStation 4 from now to the launch of Madden NFL 22 get the Xbox Series X|S and/or PlayStation 5 version of the game for free when the new games are released on December 4. Players can carry over their progress and content in Madden Ultimate Team, The Yard and Franchise modes. Players also have the option to buy standalone NXT LVL editions of Madden NFL 21 on the Xbox Series X|S and PlayStation 5 for $69.99, complete with additional high value Madden Ultimate Team content.