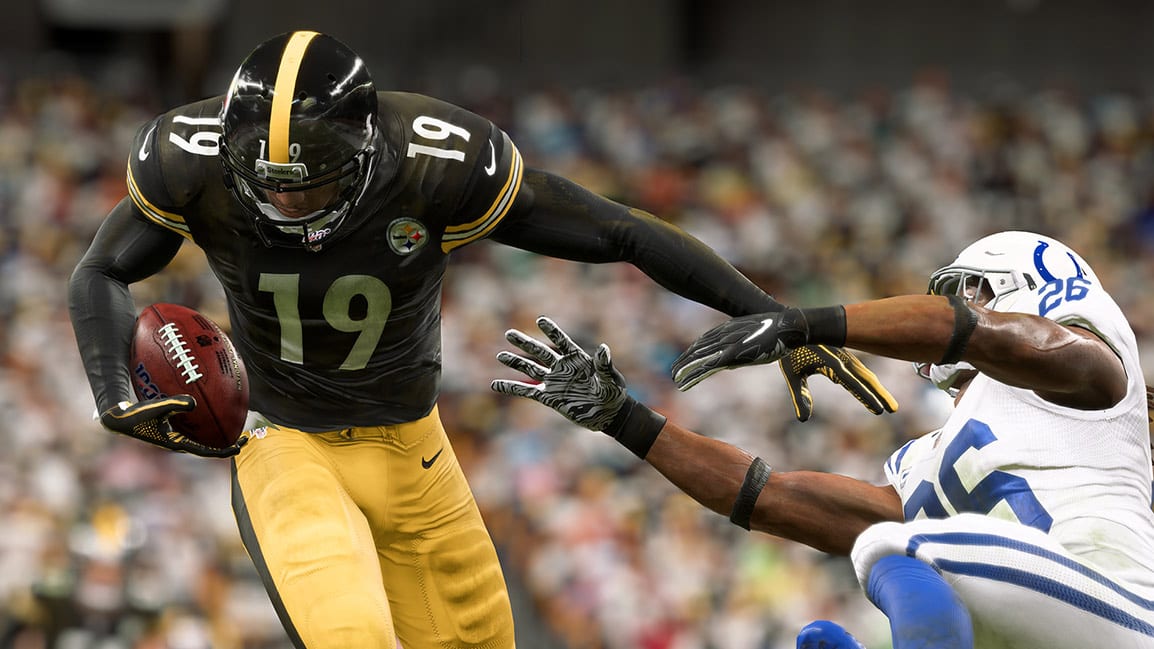 EA has posted another Gridiron Notes, as a follow up to their Madden NFL 20 Twitch stream yesterday, which focused on the new Superstar X-Factor abilities.

The development team also provided some additional Superstar X-Factor details, as they answered some community questions.

1. How are the abilities different than ratings and Madden 08 weapons?

What sets Zone and Superstar abilities apart is that they are NOT ratings mods. They are binary, black-and-white, player skills and behaviors. You’ll know exactly what they’re doing. For example, with Patrick Mahomes Dashing Deadeye you will have perfect passing accuracy when throwing on the run when outside the pocket, excluding high/low throws and cross-body throws. The counter to this ability is to apply pressure to Mahomes, which will also negate his perfect passing accuracy benefit. Being under pressure means that a defender is in close proximity to your quarterback. In-game feedback will let you know when your quarterback is under pressure. As a reminder, all abilities are built with counters in mind whether it be another player’s abilities or user-controlled skill.

2. Will every team have an X-Factor and/or Superstar?

Yes, every team will have at least one X-Factor or Superstar. For example, Xavien Howard is the only Superstar on the Miami Dolphins. He will not have a Zone ability but will have a Superstar ability at launch (he could become an X-Factor)!

3. How will these change post-launch with Roster Updates?

It will be similar to what we do with Ratings, however, it won’t be alongside the same weekly cadence as ratings. As we identify players that are overachieving or underachieving, we will tune abilities accordingly. In addition, new players will join and leave the X-Factor/Superstar list as the season progresses. Since these ability changes will alter the meta more significantly than roster updates, we will do our best to make these changes AFTER larger tournaments have concluded. This will allow the proper amount of time for people to adjust their strategies around these changes while also providing a more predictable time period for changes to occur.

4. Limits on Lurking LBs: How does it work when you sub a DB into a LB position?

Currently, those players will be treated as a DB and have spec catch abilities. However, we have limited the number of formations where you can sub a DB into a LB spot and are actively working towards creating a bigger risk for doing this when trying to defend running plays.

5. How many positions will be supported with Abilities?

In Ultimate Team, all positions will have Superstar abilities. For base rosters and H2H, offensive line, kickers, and punters will be the only positions that DO NOT have any abilities available.

6. How will feedback about the abilities be surfaced during the game? How will we know what abilities are doing what?

There is in-game UI feedback tied to your player indicator. There is an icon underneath each player that is either a X-Factor or Superstar. The icons will have effects based on the activation of abilities.