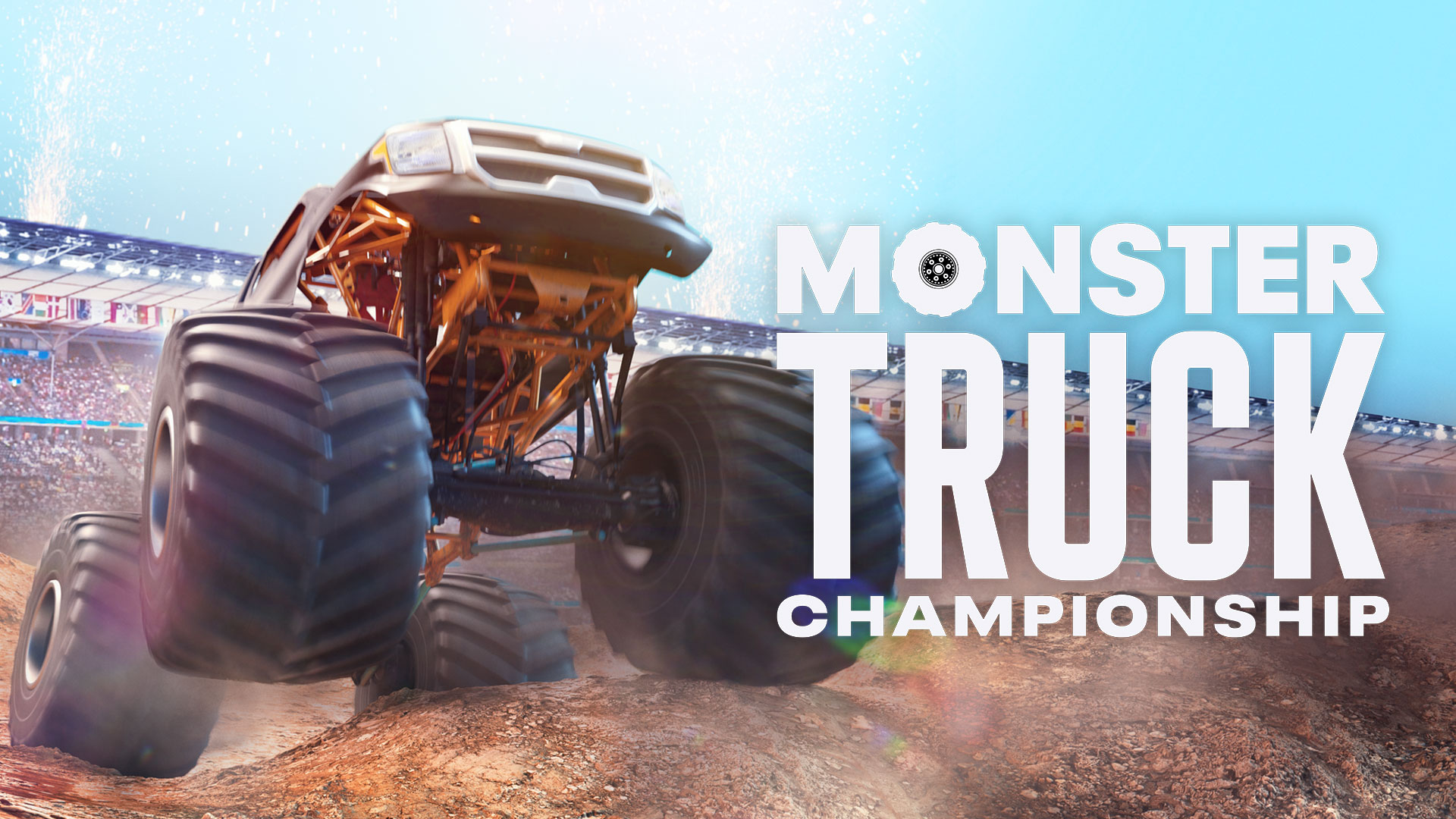 NACON and TEYON are attempting to do something that hasn’t been done in quite some time — maybe not since the days of Monster Truck Madness back in the mid-90s — by creating and delivering a monster truck game that mimics what fans across the country see when they make their way through the turnstiles when they go to an event.

While the market for such a game may be considered smaller and somewhat niche, there is still a lot of fans who have been patiently waiting for a game like this. Let’s chat about whether it was worth the wait in this Monster Truck Championship review. 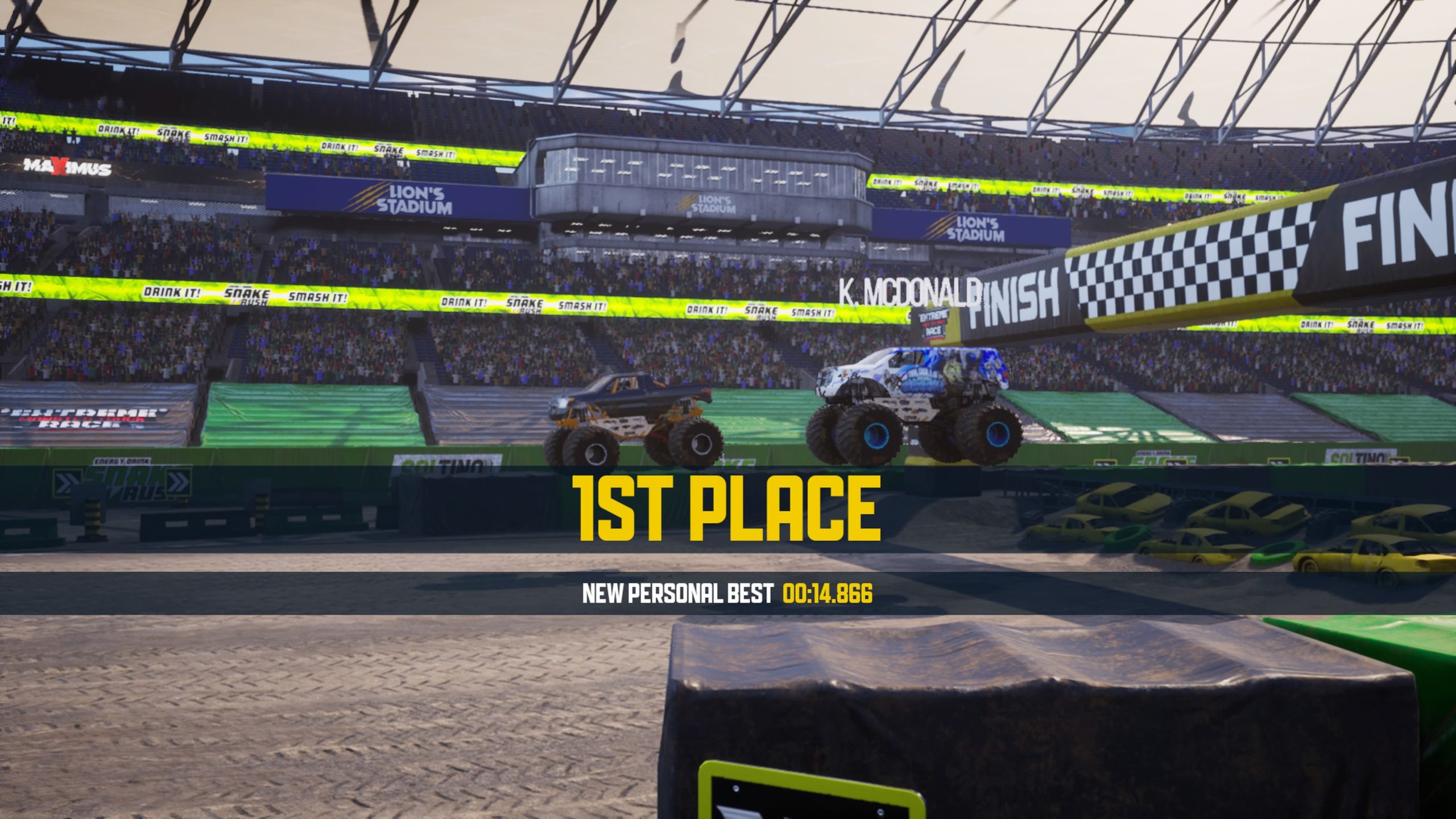 For me, this is where I spent most of my time with MTC, and there is a reason for that. The career mode is easy to enter, easy to get started, and surprisingly offers quite a bit of depth. You start out with an average truck, limited funds, and on a regional scale trying to fight your way to the professional ranks, and finally to top of the top in the Major League division.

What I loved about the whole process is the fact that there is no quick way to become a superstar with a national sponsorship and recognition. MTC forced me to put my time in, prove myself and work my way up.

Each event is set up with a series of races, freestyle, destruction and more. Even if you excel in one aspect, the others are just as important to gain fame, money and experience. The money is the most important part because each event has an entrance fee. Plus, you need to upgrade and improve your vehicle, and that also costs money. 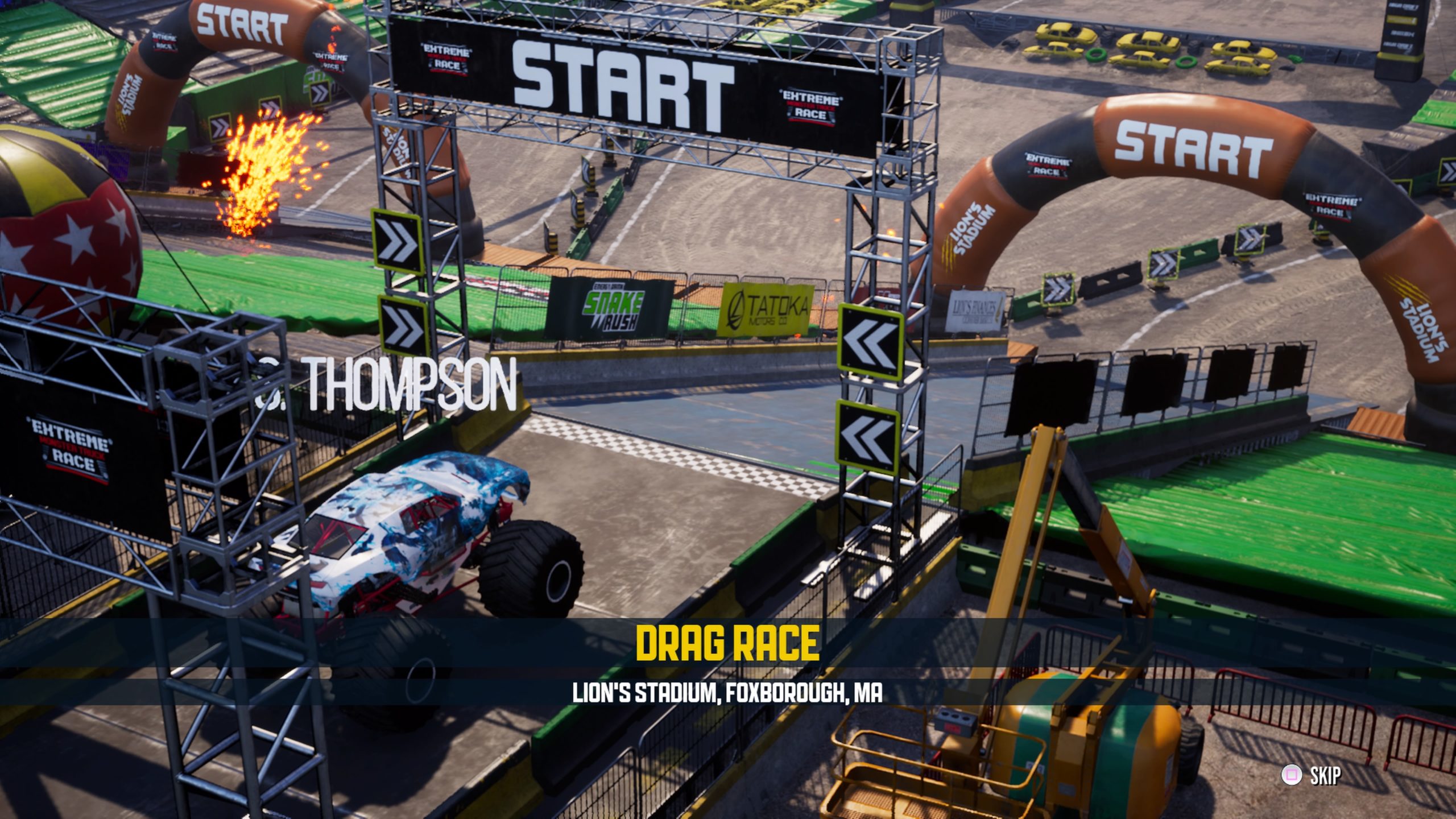 MTC offers up a solid tutorial to help you master the truck, the tricks and how to consistently throw down each weekend. However, that doesn’t mean it’s easy, especially as you progress on the mid-to-higher difficulties.

Some weekends mean more than others, and you would be wise to perform well on these weekends to help you accelerate your path to MC stardom.

The stadiums are fun, and the AI is smart, competitive and fair. With that being said, the trucks are still the real stars of the show just as in real life. In the end, career mode offers a lot of fun, some decent depth and the mode had me wanting to go back to keep playing.

Listen, driving these four-wheeled behemoths isn’t supposed to feel like driving an F1 car or a cup car, and developer TEYON has done an excellent job of nailing the physics and control of what I would assume driving and racing one of these monsters around would feel like. 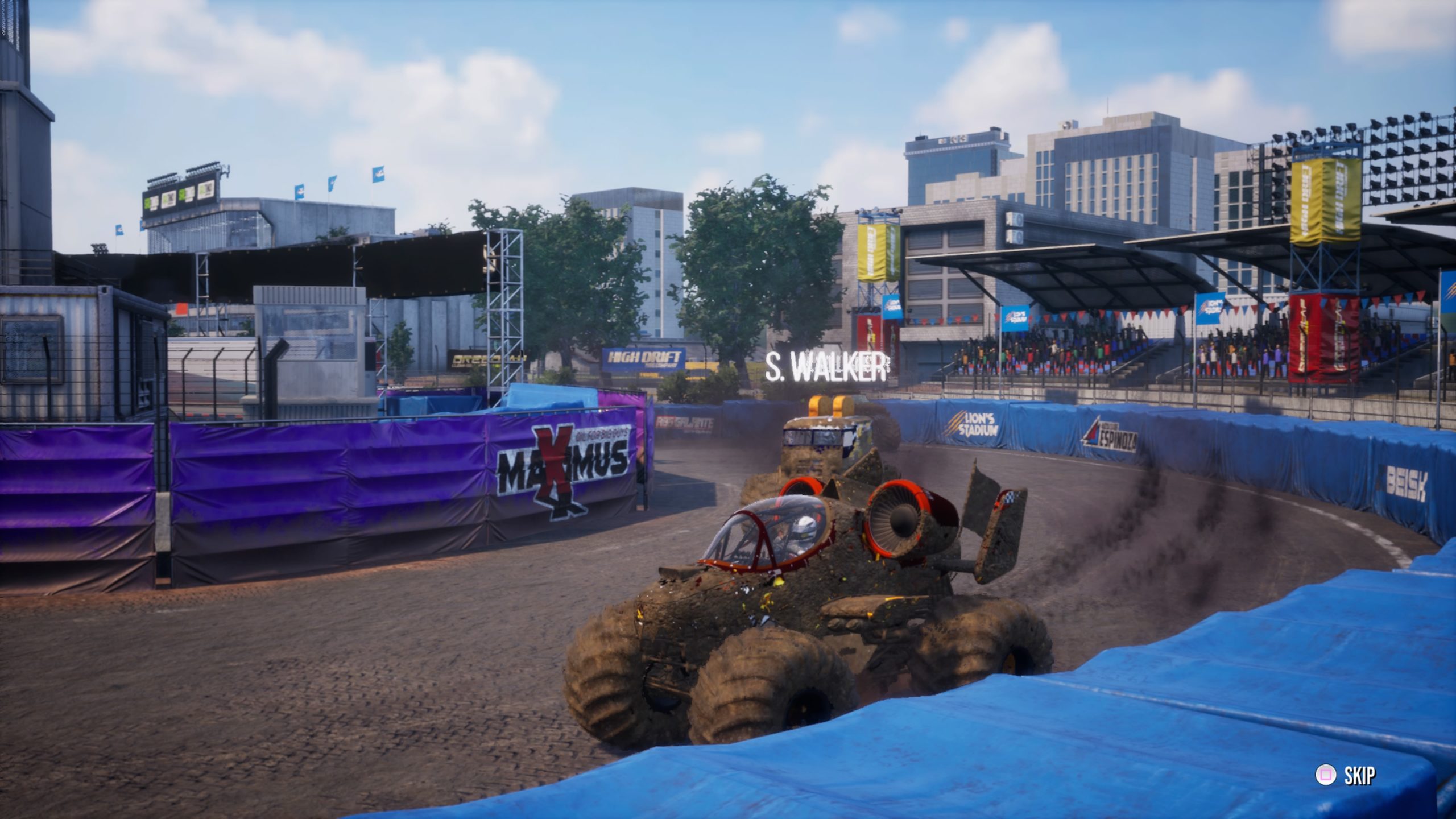 There is a ton of power, and because of that, it requires precise handling. You start moving your truck in a direction you didn’t mean to, too bad, it’s going that way now anyway. The controls forced me to think about not where I was at on the track or in the arena, but rather where I was going, and adjusting my speed and direction well before I attempted each maneuver.

The controls took me some to adjust to, and dare I say, even become good at. But even as I write this review, I still have a ways to go before I can say I mastered them. I say this not to scare off folks from adding the game to their rotation, but to merely describe how solid the control system is, and that it reflects more of a simulation than an arcade racer. 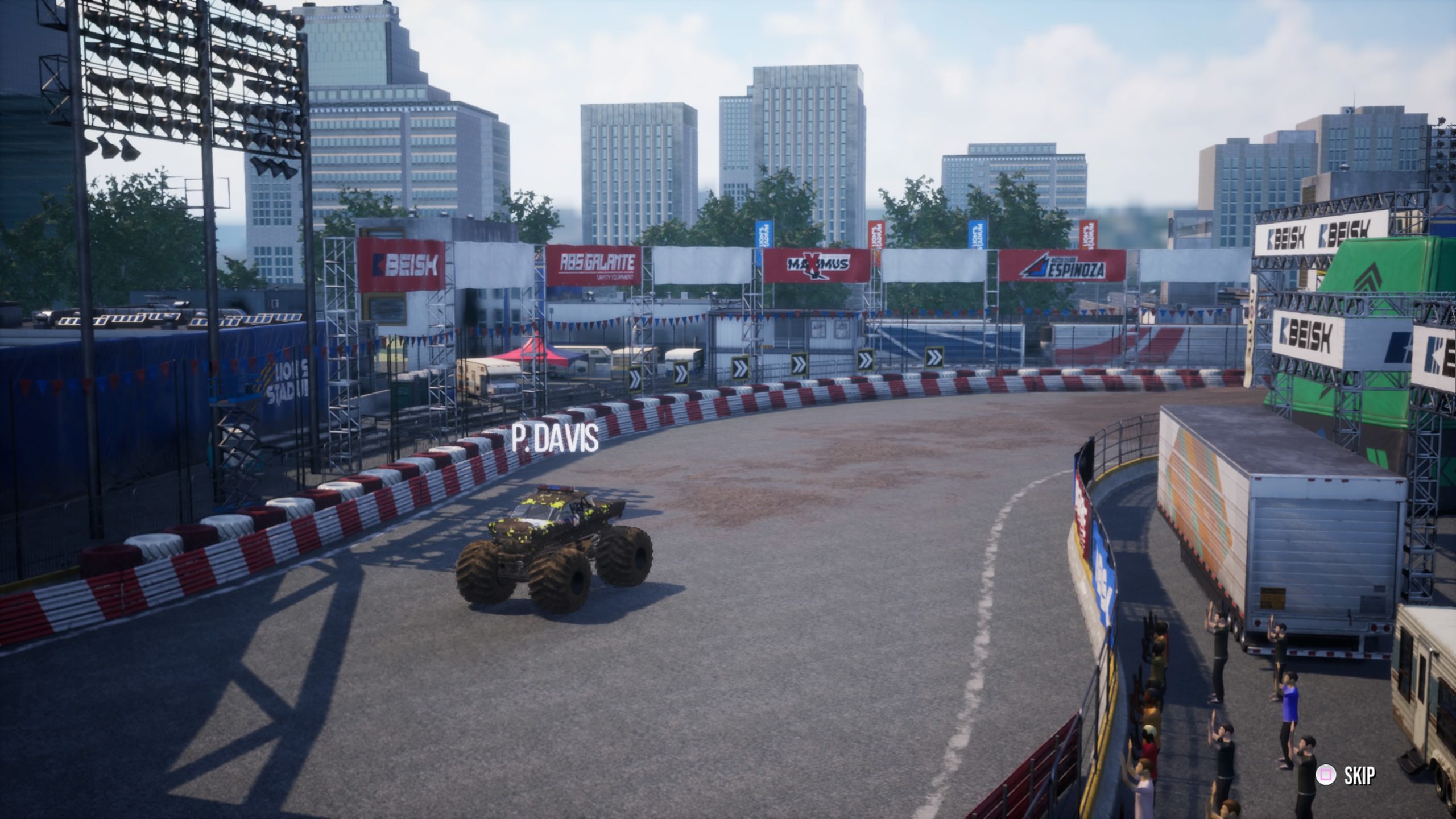 While in-game, I had to adjust often as the AI racers were fighting for position as much as I was, and often that would leave me very little room to navigate the track. This is where possessing a real understanding of how to see the next turn or obstacle ahead of time, and adjusting your speed and wheels early, will show dividends in the long run.

Making up for the lack of officially licensed tracks and sponsors isn’t easy, but TEYON does a solid job of it by offering a pretty hefty suite of customization options in the game. From the body style to the paint jobs to the decals, MTC allowed me to have my truck looking a certain way in an easy to understand setup. 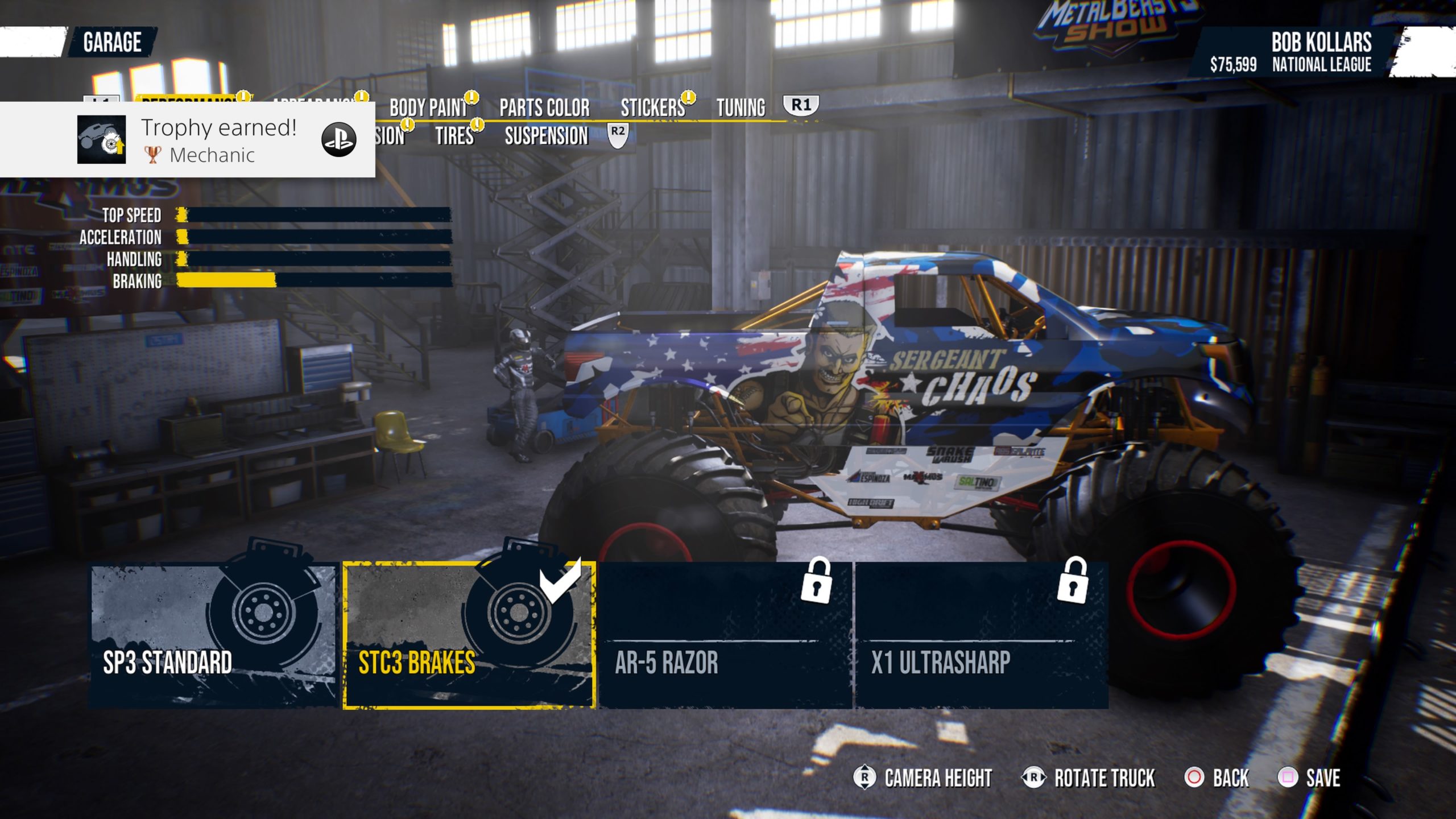 Not only could I change the look and body style of my personalized monster, but Monster Truck Championship also has a performance upgrade system that will boost your power, braking systems and stability.

The customization can be done in-career or out, and it has the same impact and look regardless of what mode you are playing, which is a great move for connectivity within the game itself. I would have liked to have seen a couple more options, as well as a logo creator system, but hopefully that is something that can either be added via patch or in the next iteration of the series. 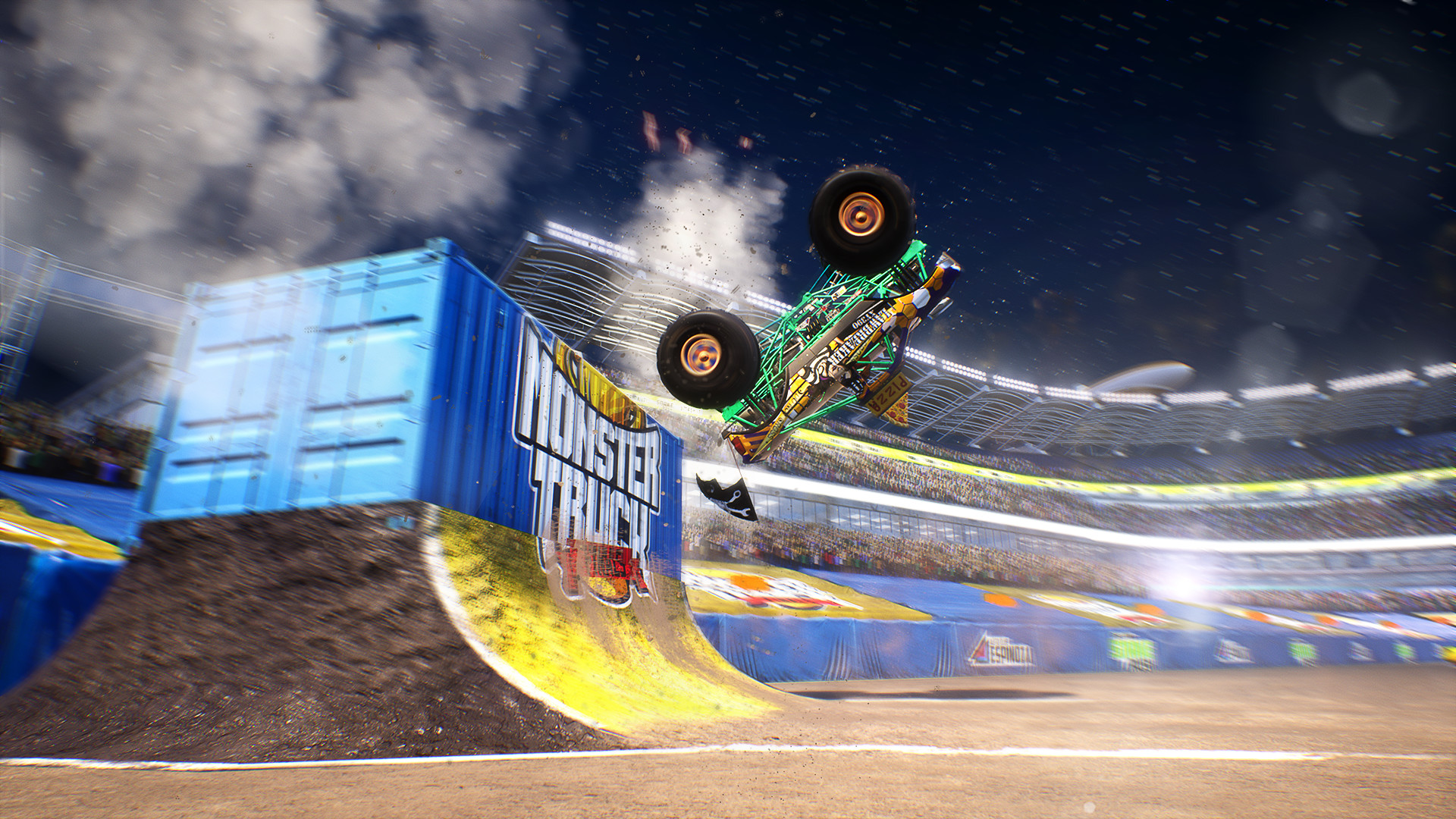 Lack Of Authenticity And Retro Representation

TEYON didn’t set out to re-create Monster Jam officially, and so obviously that will not be held against them. My issue with that is the lack of officially licensed real trucks, and the names and styles that go with them. My kids fell in love with the Grave Digger, El Toro, Zombie and of course Megalodon, and these awesome creations are not in this game. For many, those omissions cut deep.

People associate these trucks with the iconic Grave Digger, Big Foot, Maximum Destruction, and many more from the past and the present, and that is what many fans want and remember. The fact that those are nowhere to be found within Monster Truck Championship may be an issue for some, and they really cannot be re-created within the game’s customization suite.

My hope is the game does well enough that possibly some officially licensed tracks can be added or the ability to create logos that can close the gap between fictional and real-life representations.

If you have ever been to one of these events, as I have many times with my kids, then you have a great understanding of just loud these machines can be, and how ear-blasting the impact is. That said, MTC’s audio does a decent-to-solid job overall showcasing the truck’s interactions with the surroundings, other trucks and the track itself. 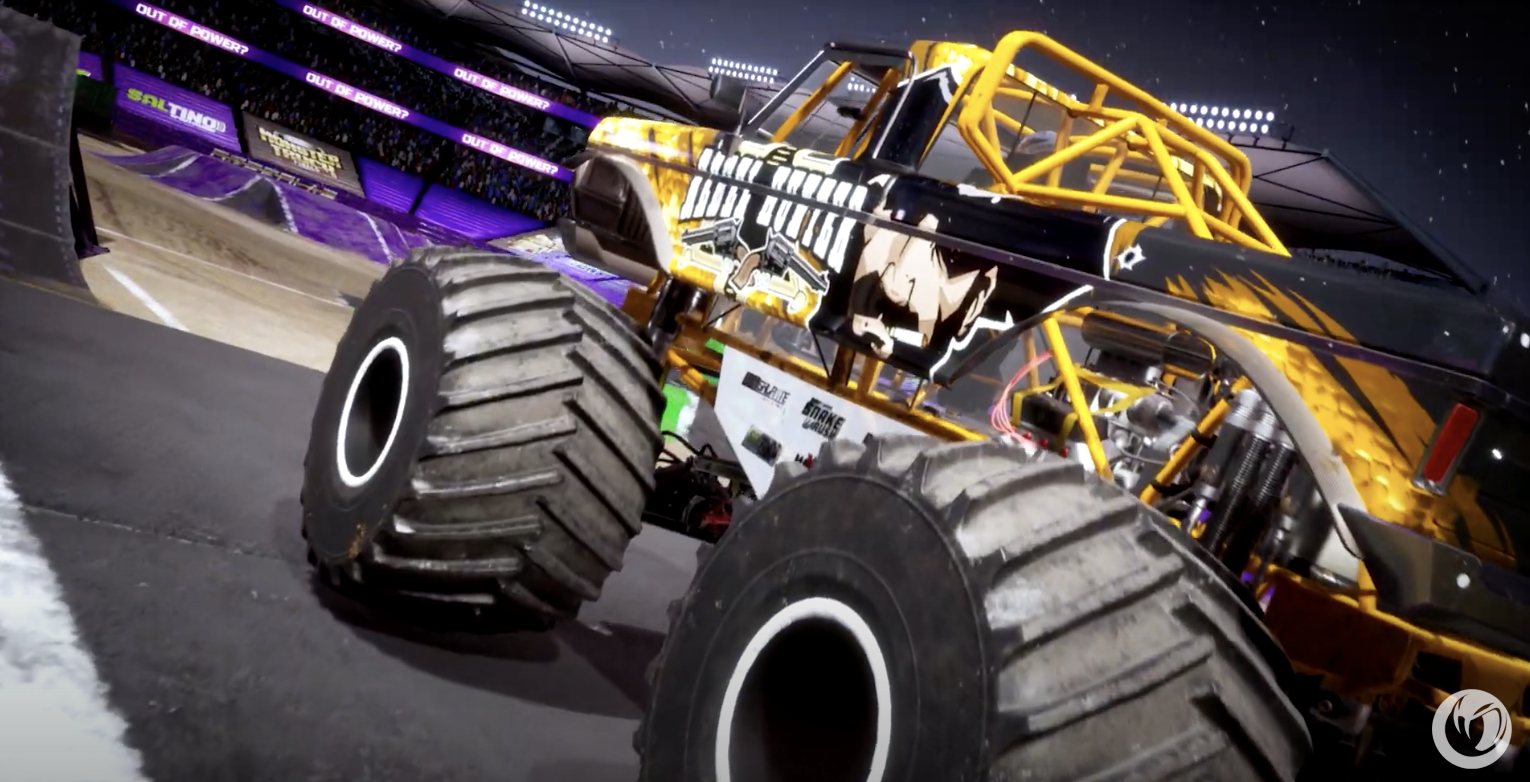 The issues start when trying to re-create an authentic replication of the almost seismic disruption-type sounds that emanate from these machines. The sounds are there, and they sound good, but they just do not do justice to how they sound in real life in terms of the all-consuming nature of them as they saturate the soundscape.

As I mentioned before, it has been some time since the last release of a monster truck game that has done the genre justice, but that time has come to an end. With the release of Monster Truck Championship by TEYON, a game that hits all the right spots in so many ways is here. MTC isn’t perfect, but it offers a lot of depth, a lot of fun, accessibility, and most importantly, a lot of longevity for the whole family. MTC may not be a game that sits in your console or PC at the top of the rotation forever, but for me, it is one that will stay in the rotation and be visited often.

Monster Truck Championship Available Now on Steam, Next Week on Xbox One & PlayStation 4
NHL 21 Review - Off the Crossbar