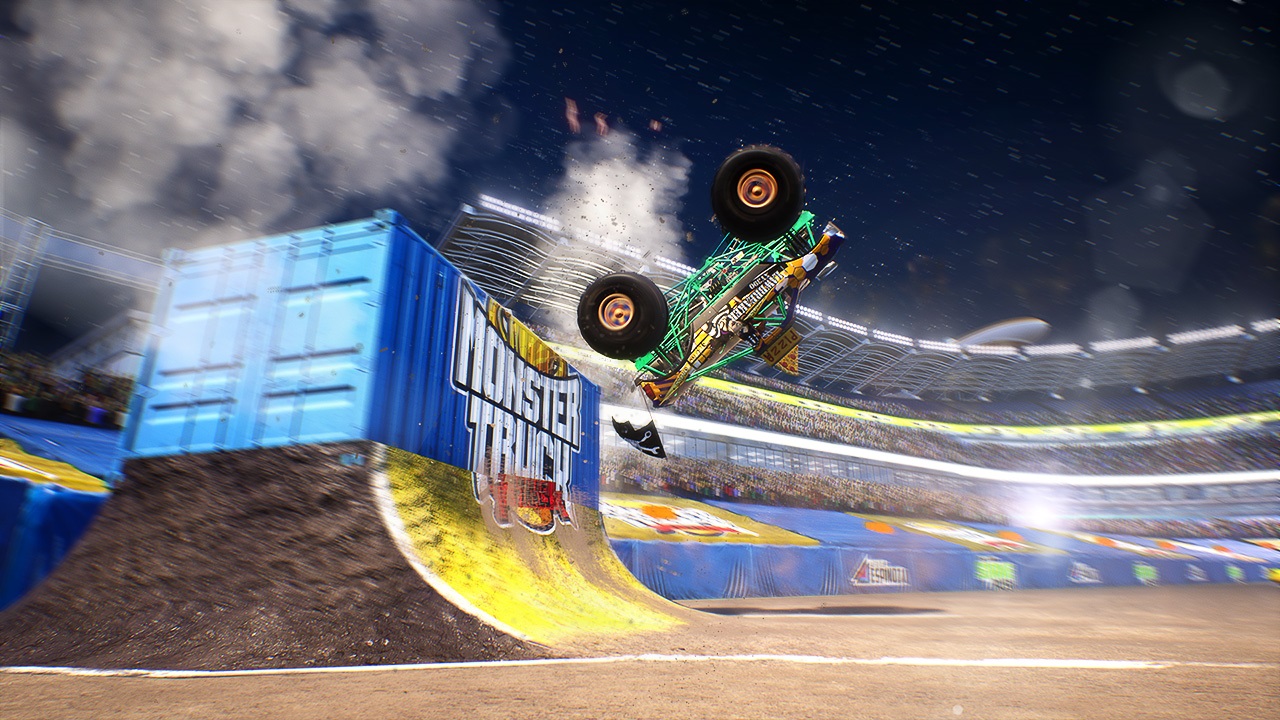 Monster Truck Championship, which was released a few weeks ago for Xbox One, PlayStation 4 and PC, will release for the Nintendo Switch on November 24 for $39.99.

Here are some of the features in the game:

If you missed our Monster Truck Championship review, make sure to read it here.

There is a ton of power, and because of that, it requires precise handling. You start moving your truck in a direction you didn’t mean to, too bad, it’s going that way now anyway. The controls forced me to think about not where I was at on the track or in the arena, but rather where I was going, and adjusting my speed and direction well before I attempted each maneuver. The controls took me some to adjust to, and dare I say, even become good at. But even as I write this review, I still have a ways to go before I can say I mastered them. I say this not to scare off folks from adding the game to their rotation, but to merely describe how solid the control system is, and that it reflects more of a simulation than an arcade racer.