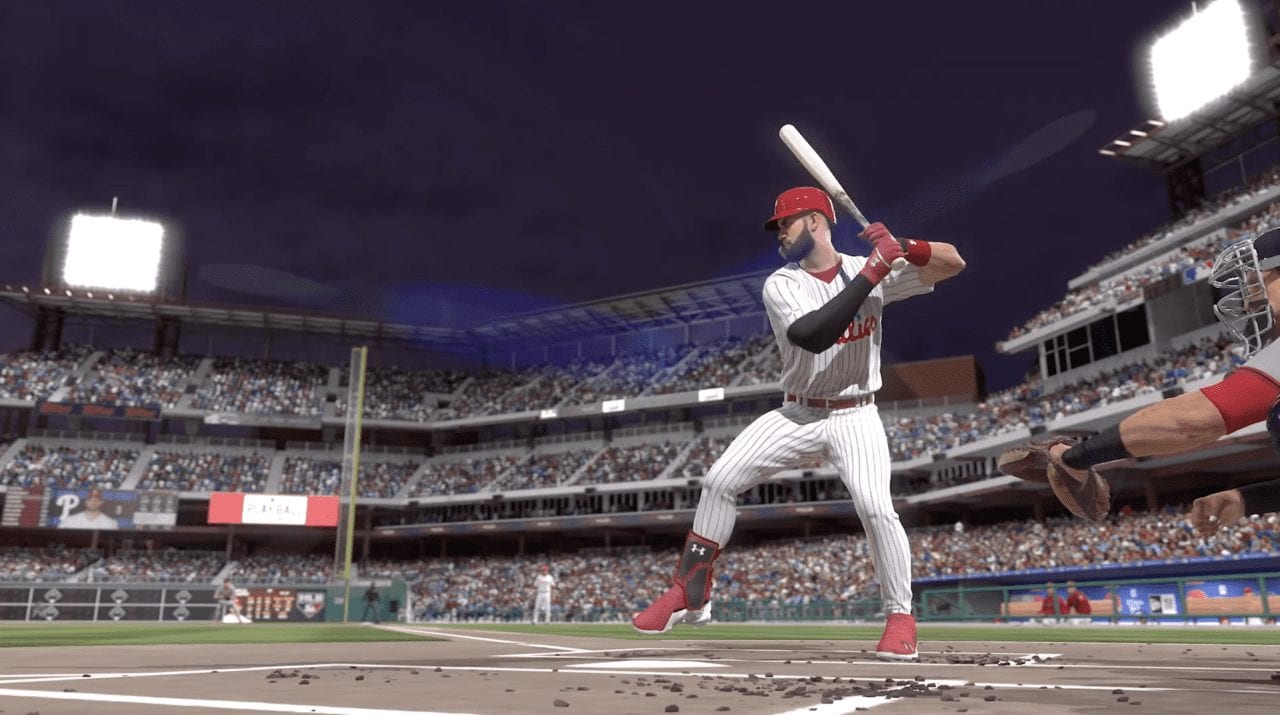 After 48 hours with the game, our staff is starting to get a good handle on MLB The Show 19. Here’s some initial impressions from our staff on what you can expect with this year’s title.

This year’s version of the game has definitely improved in on field game play. There is a noticeable difference in batting. Squared up balls that aren’t on the barrel result in weaker hits but that doesn’t mean they are automatic outs. Many are shallow infield singles. Pitch speeds have noticeably increased which makes for challenging situations against bullpens with power arms. Player models and motions have increased in detail which has been fantastic visually. The new game modes such as Moments and March to October give a fresh feel to the game. I was very impressed with redesign of crown sounds and noises. The crowd reacting to great plays on cue has tied in the game play creating a wonderful baseball experience. This game has me floating in a ballpark of realism and I love it.

I’ll cover this more extensively in my review, but there is a discernible change in the on-field product that is, without hyperbole or exaggeration, the best iteration of actual baseball gameplay in a long time. It feels like sweeping changes were made to hitting, ball physics, fielding, and defender movement as opposed to incremental perennial fixes that we have seen in previous years. I have played a ton so far and have consistently seen bloop hits when I square up pitches outside of the zone, a lack of punishment for swinging at meatballs early in the count, pitchers dive out of the way of hit balls that would have hit them three times a game in last year’s version, and zero lazy fly ball foul-outs. I have been critical of the franchise in the past and truly hope that SDS does not send out a patch that dramatically changes the game’s environment or nerfs hitting because the on-field gameplay is something I could truly sink my teeth into if the aforementioned gripes remain resolved.

Three things pop to me right away. The first is the new default batting stance, strike zone 3. This view fills out the strike box and gives a more dialed in feel to breaking and off-speed balls. Number two, the ‘Moments’. Some easy, some more challenging, all a treat for a nostalgic fan. And lastly, the ability to sell cards directly after drawing them. This small but fantastic feature should significantly reduce the amount of time spent in the collection screens, getting you back to the diamond quicker.

Perhaps it’s an inevitability of the annual sports game release, but I’m always struck more by the similarities between the games from year to year than the differences and The Show 19 initially seemed like no exception. But the more I’ve played, the more the subtle but impactful additions and tweaks have begun to show up. Dynamic presentation flourishes, new fielding animations or even just the way the ball jumps off the bat with a little more unpredictability all build on the trademark immersion we’ve come to expect from the series.

My initial hours with Diamond Dynasty have been just enough to see that things have changed quite a bit within the mode. Of course, it’s all just as overwhelming as usual, with the collections and the programs and the different ways to play both offline and online, but Moments are an interesting addition that could help everything feel like less of an interminable grind.

Annual sports titles always suffer from the measurement of expectations vs. reality. There’s only so much that can happen in a year to year basis with our beloved games that differentiate them from their past. In fact, the best thing about MLB The Show is that it always has been reliable with bridges from the past into the future. This year is no different in that regard. The gameplay has subtle but meaningful changes across the board on the field. Everything seems to have gotten a coat of refinement that add a nice layer of realism on top of the layer that already existed. I’ll echo what Kevin says above as well — the more I play the better these changes keep seeming. So far, so good.

Cancel reply
Comment on this article
Continue Reading
You may also like...
Related Topics:baseball, mlb, mlb the show, mlb the show 19, spotlight

Get 10 Free Standard Packs For MLB The Show 19 - Also Grab the Theme and 1,000 Stubs Free
MLB The Show 19: March To October Impressions