I recently did a deep dive on the stadium creator feature that is in next-gen MLB The Show 21 — with a focus on retro stadiums. Since the release of that article, one of the biggest issues that I had with the stadium creator has now been rectified. A search function within the stadium vault is now available for users to search specifically for a certain stadium or creator’s name. The ability to search has opened the stadium creator tool and vault to the community in a way that wasn’t available previously. With the ability to search for specific stadiums, folks in the community can now focus on searching for the content they are looking for and stop wasting time flipping through pages of useless material.

We’ve also made our general “wishlists” in relation to what we want out of stadium creator moving forward, so now it’s just time to try and use the tool to the best of our abilities and create some dynamite places to play some baseball. 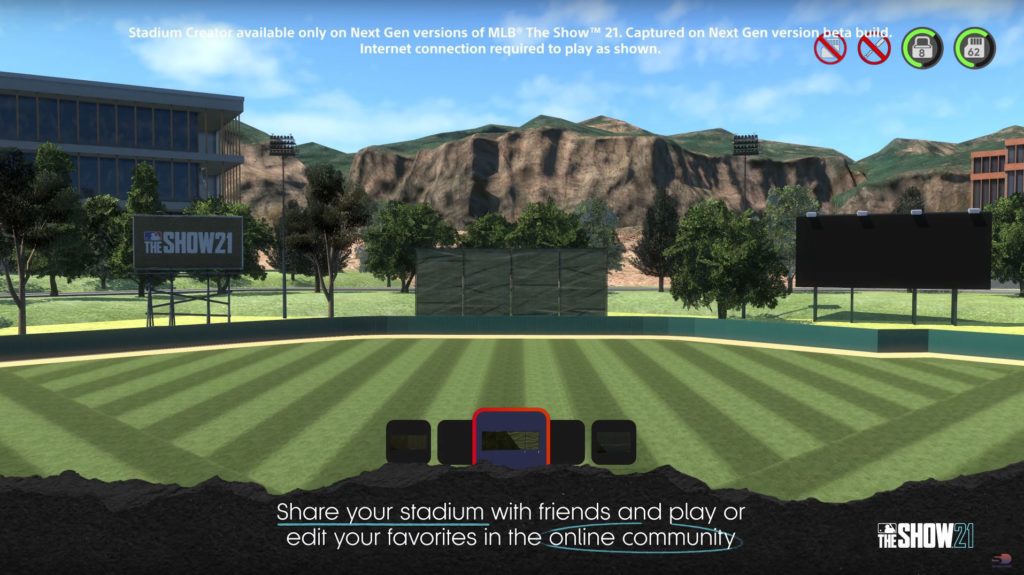 I also discussed in my previous article the approach that many are taking in the creative community regarding creating different types of stadiums. If one chooses to through various forms of social media, you can see the interest in various types of creations. These stadiums include the likes of current minor league stadiums, retro-style stadiums, and extremely creative fictitious stadiums, that many are using to replace some of the current MLB stadiums that are in dire need of replacement.

My Addiction To Retro Stadiums

For those who read my previous article regarding the deep dive of the stadium creation tool, you fully understand my love for the creation of retro stadiums from the ’70s and ’80s. My addiction to creating those stadiums has only increased over the last couple weeks.

With now over 50-plus hours inside the stadium creation tool, I have now moved on from the “learning the tool“ phase to the crafting and honing my skills to create exactly what I want phase.

My retro project will now include 20 different “defunct” stadiums from that era that will all be available to the community inside the vault. Once all 20 are created and “year specific” historical rosters start to find their way into the vault, it will allow the community and individuals to create their own ecosystem of baseball the way they see fit from this era.

How To Find These Stadiums

For those who are familiar with the MLB The Show series, then you know the game already contains a certain number of stadiums built and constructed by the developers themselves. Those stadiums from that era include the likes of old Yankee Stadium, Hubert H. Humphrey Metrodome, and Shea Stadium.

I can honestly say that creating retro stadiums, like the ones I’ve listed above, is time-consuming and stressful, but the appreciation from the community has been gratifying. As I spoke of previously in my deep dive article in regards to the stadium creator, there are still some content-related options that creators still need to add an absolute level of authenticity to these stadiums. Either way, the ability to come very close on most stadiums can be obtained.

For those who are concerned the stadium creation tool is too difficult for you to comprehend, grasp, or learn well enough, I say this to you. Do not concern yourself with the level of creation that you’re starting out at, but just take that first step inside the application and let your creativity come out.

If you’re willing to do that, the ability to create, manipulate, and construct the ballpark of your dreams will come to fruition. The more time you spend inside the stadium creator, the more your vision will find its way on to the screen.