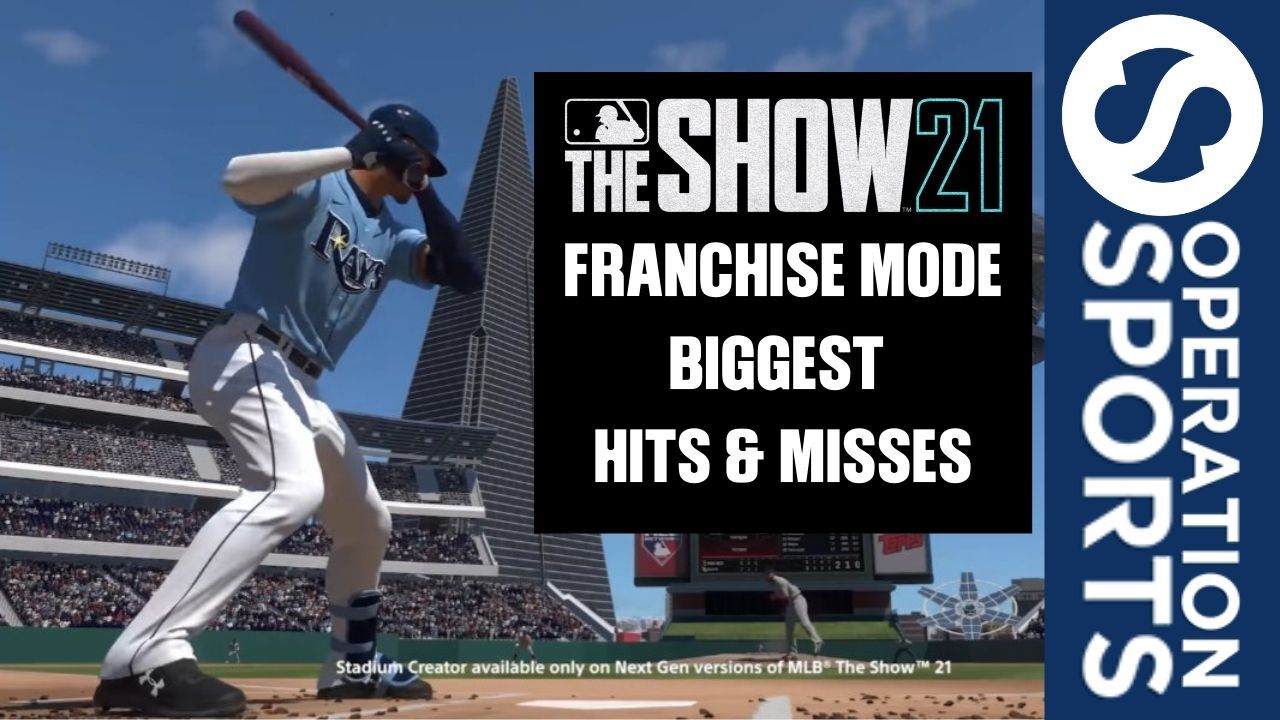 We covered the MLB The Show 21 franchise mode feature premiere, which also covered changes coming to MTO on Thursday. The response has (as expected) been more on the negative side, and we expected as much while writing up the recap. That being said, Brian is here to chat about five important new additions coming to franchise mode, plus he touches on what’s still missing from the mode.

It’s been a roller coaster of a news week for The Show and SDS. Thursday was arguably a low for the studio and MLB The Show 21 franchise mode. But then on Friday the absolutely awesome and stunning news dropped that MLB The Show 21 will be on Xbox Game Pass on April 20 — a first for a major sports game franchise, and ironic that a Sony-aligned studio is the first to do it.

Be sure to watch the video. If you enjoy it, give it a thumbs up and maybe subscribe to us on YouTube as well. If you want to comment either there or on OS, that would also be dope.