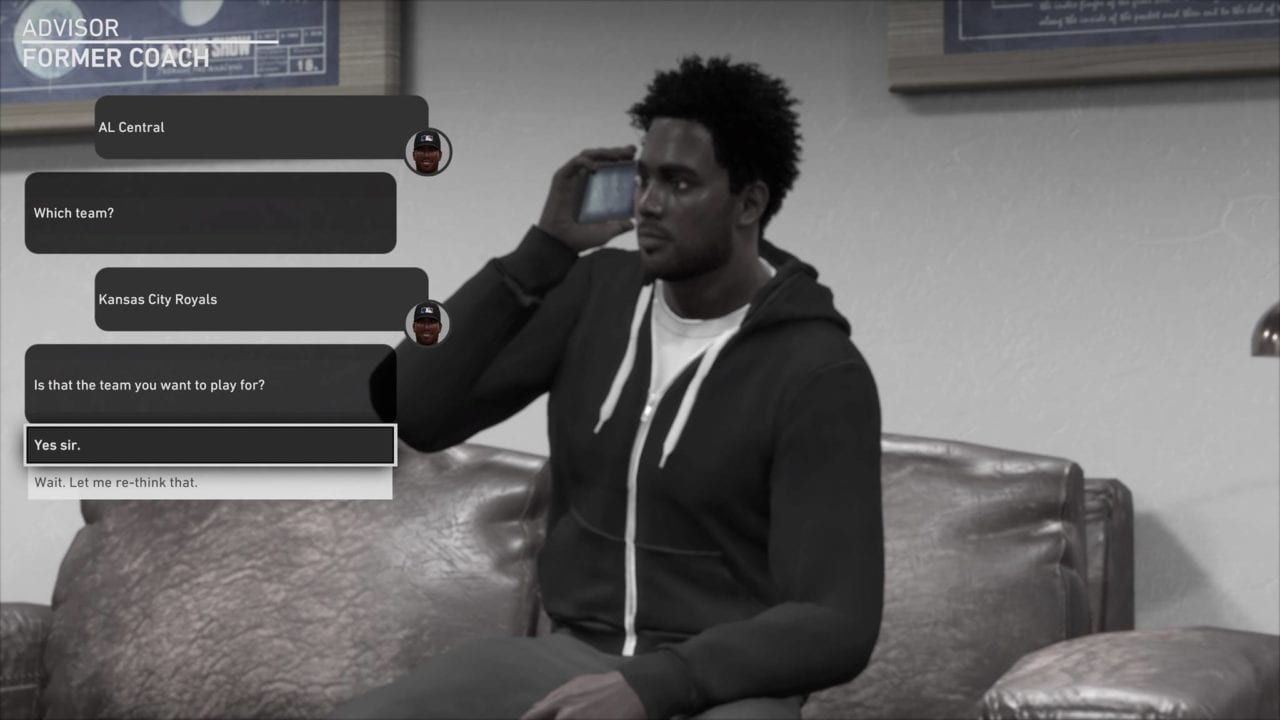 January 6, 2014 is the day 2K Sports announced they would no longer produce their baseball series. With the demise of both 2K and EA in this sport, I decided to return to The Show, a game I had not played since Road to the Show was introduced in MLB 07: The Show. Conventional wisdom in the sports community tells us that when there is no competition, things get stagnant. And yet here I am, in 2019, still impressed with how this studio attempts new elements nearly every time out. 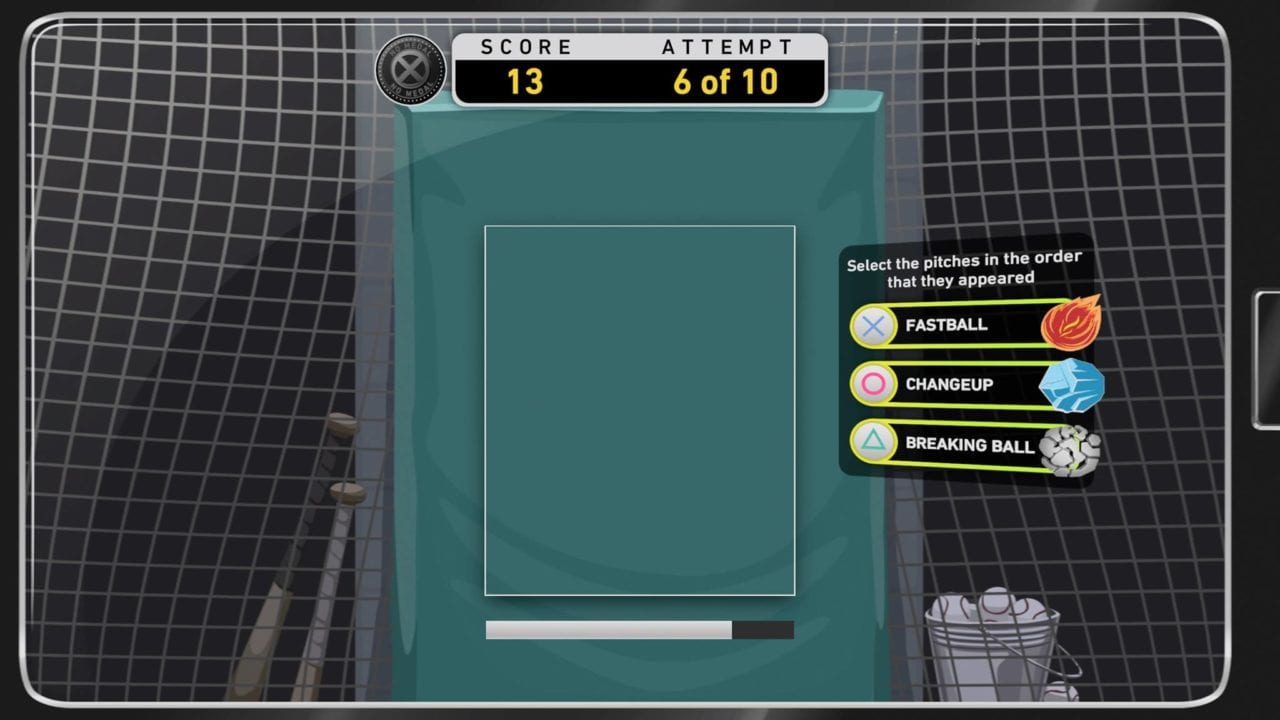 Mini-games provide a boost to training.

Road to the Show is part of a renaissance of sorts in sports titles for player-focused career modes. Baseball perhaps has the most difficult task, turning 162 games into an interesting experience for the player. Previous advances return to aid with the long seasons, such as playing an entire series without returning to the main menu and year-to-year saves. The fight against season fatigue continues this year with the addition of personalities and dynamic challenges.

How an athlete is viewed in the locker room is nearly as important as their skill in-game. Some athletes have flourished in careers long past their prime due to their positive influence. Others have had their time cut short for being a cancer to team chemistry. MLB The Show 19 takes the first step in attempting to bottle this dynamic, inviting the player to build relationships with their teammates, or create some ill will with opposing players. But does this concept work?

After choosing how important the four available personality types are to your character, all with their own skill tree, dialogue matching those personalities will dictate how you unlock in-game boosts. These boosts, replacing the “perks” of the past, do a great job of providing signature abilities without feeling overpowered, as the time-slowing Showtime tended to in the past.

Some players are known for being clutch when there are two outs, while others are at their best when trying to will their team back into a game. These identities and others will be available to help define your player as you make your way through the personality trees. Meanwhile, your relationship improves with the respective teammates during a conversation or training session, gradually moving from an unfamiliar relationship to a bro. 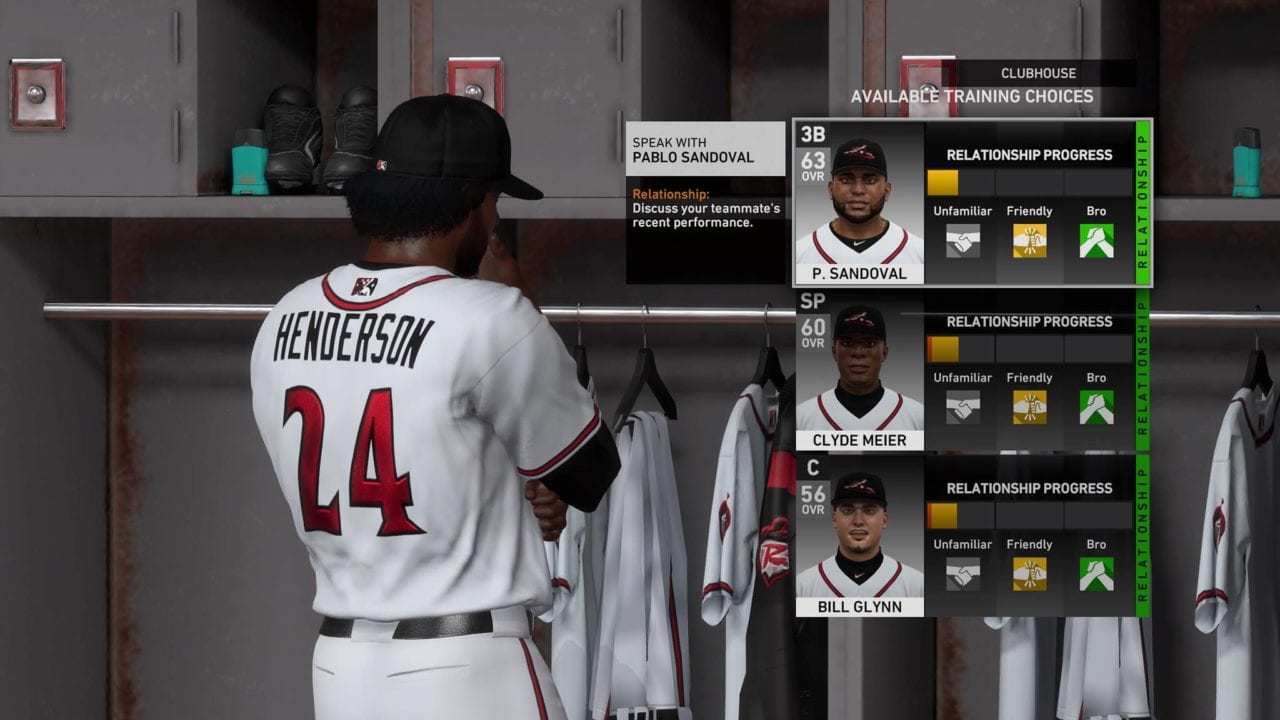 Ultimately, however, the results of these interactions do not change from personality to personality, leaving only the desired skill tree advance as a reason to choose from one response to another. The system is a noticeable first step, but lacks the ability to cut deeper into the potential roller-coaster of clubhouse chemistry.

And as they are, conversations and the challenges/mini-games themselves become a bit too cookie cutter. Soon enough, they are simply a means to an end: more opportunities for experience. Still, it is a promising start that takes a meaningful step towards true immersion into the world of being a digital professional athlete both on and off the field. As I noted before, convention tells us that the unchallenged developer will generally not attempt new and nuanced features.

The Show chose to throw the ball here. It will be interesting to see how they run with it and make earning experience more dynamic through team interactions.

And speaking of experience, there are ways to earn a bit extra. While teammates will occasionally provide a chance for more attributes, more common are in-game dynamic challenges that task the player with performing certain feats. For succeeding, attributes earned on the play are increased significantly, with the more challenging feats offering a larger reward. 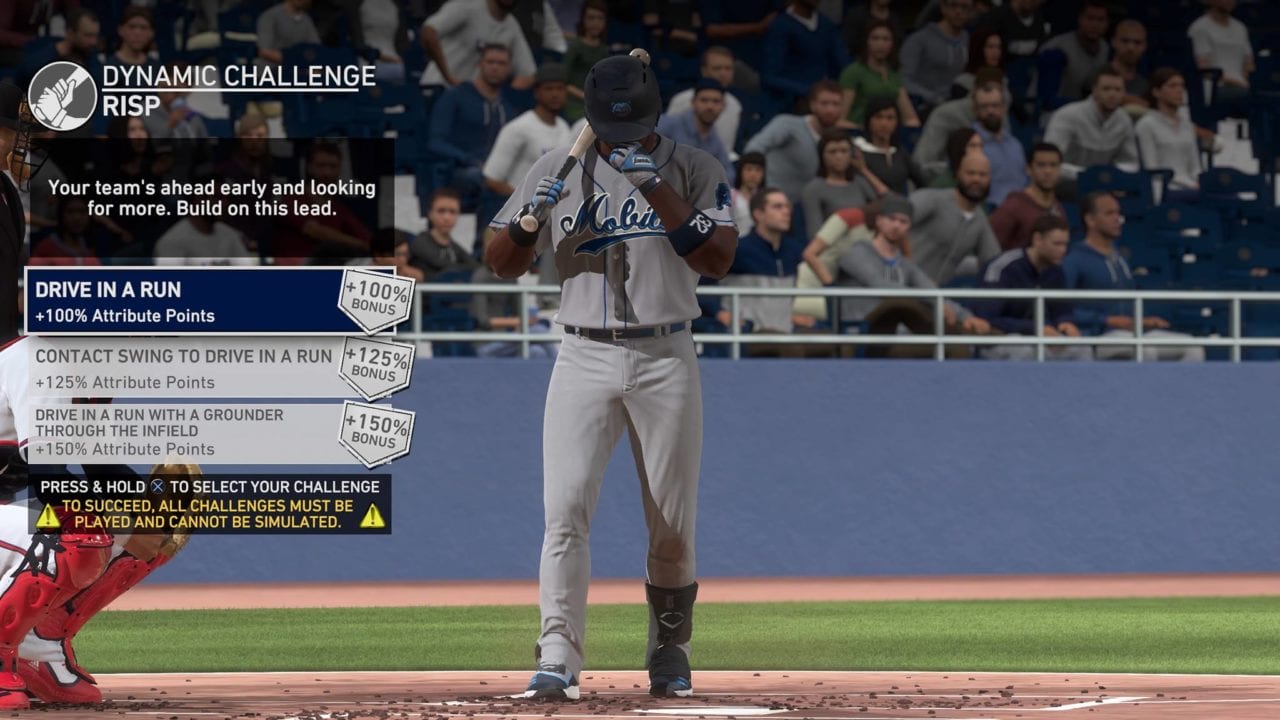 These games within the game are a nice break from the action and do their part to battle the previously mentioned season fatigue, but their frequency may not be universally appreciated. An option to disable them would likely appeal to players who don’t want the flow of the game broken quite so often.

The archetype system introduced in last year’s release has been refined here in a number of positive ways. The choices are streamlined for both position players and pitchers, and they feel more balanced across the board. With both sets, I struggled to make a decision as I considered what each starting point offered, especially with pitching.

Ultimately, that starting point does not have the same long-term repercussions as before. Removed are the level caps for the weaker attributes in an archetype, and players are free to max whatever they choose. The archetypes determine which of the attributes will be a strength — and hence easier to upgrade — and which will be more difficult.

But the flexibility provided helps you create a personal path in a realistic way. The archetype system has found a better footing this year, finding a way to be meaningful without being invasive.

Where all of this comes together is on the field itself, and I continue to find myself blown away with how fantastic this game looks. Little things like fans using cell phones and wearing a large array of team attire create an authentic atmosphere. Uniforms pop against the sunlight, and MLB stadiums faithfully re-create the personality of each stadium.

The crack of the bat, the PA announcer and other sounds assist in blurring the line between real and digital. The Sounds of the Show continue to be a fantastic feature that stands above other sports titles. Uploading and using personally selected music to walk up to, or adding in genuine (or not) crowd chants adds another level to the overall experience.

The addition of new animations for defense is a refreshing beat and makes playing in the field feel less stagnant than it has in some time. In addition, the developers continue to make strides with ball flight off the bat, with the game overall feeling less canned and more dynamic.

The first few days of release saw numerous players noting a significant drop in frames while batting. After diving into several parks for several innings each, I did not personally come across this issue, so cannot speak on its effect.

For all of the improvements, there are some elements that are overdue to be revisited by the developers. The rookie Topps Showcase has seen no meaningful changes once again, and the narrative of becoming a professional athlete immediately suffers for it.

Being drafted is one of the key moments of an athlete’s career, and it feels very lackluster. Without much explanation, we are again locked in the lower rounds. Not expanding or adjusting the rookie process is a missed opportunity, and inherently prevents a true feeling that anything can happen on draft day.

On the subject of draft day, my first two playthroughs I was drafted at least three times in a row — round 15, pick 1 — to the Baltimore Orioles.

It’s hard to tell if this is a bug, or if this is where the cap is, and you cannot be picked above the fifteenth round. At any rate, it’s another takeaway from the draft experience, which should be an exciting blast off leading into your career.

A welcome plus is that you are again able to pick a team to play for directly. The option appears during a conversation with the high-school adviser, but only seems to be available after running the showcase the first time. This conversation does not happen in subsequent draft years, so note that the added bonuses gained from delaying the draft come with the price of being drafted to a random team (Orioles).

With Road to the Show built on the journey through the lower ranks that nearly all future MLB players have traveled, it’s become more and more apparent that the assets for the Minor League teams are in need of attention.

While it’s impossible to expect the same level of detail as the MLB parks, the series has coasted on the same generic parks for some time now. Players choosing to play Road to the Show are investing in the entire journey, not just the bright lights of the American and National League.

While the stadiums and perhaps other elements of the current AA and AAA teams could benefit from a presentation upgrade, introducing the lower ranks would also add more authenticity. As it is, we are told when starting that we spent time in Single A. Actually playing a few games there to start forging who you are as a professional could prove invaluable.

Single A has been done before, as far back as MVP Baseball 05. The team in San Diego has the talent to consider this omission, as well as the overall polish that minor league baseball deserves. 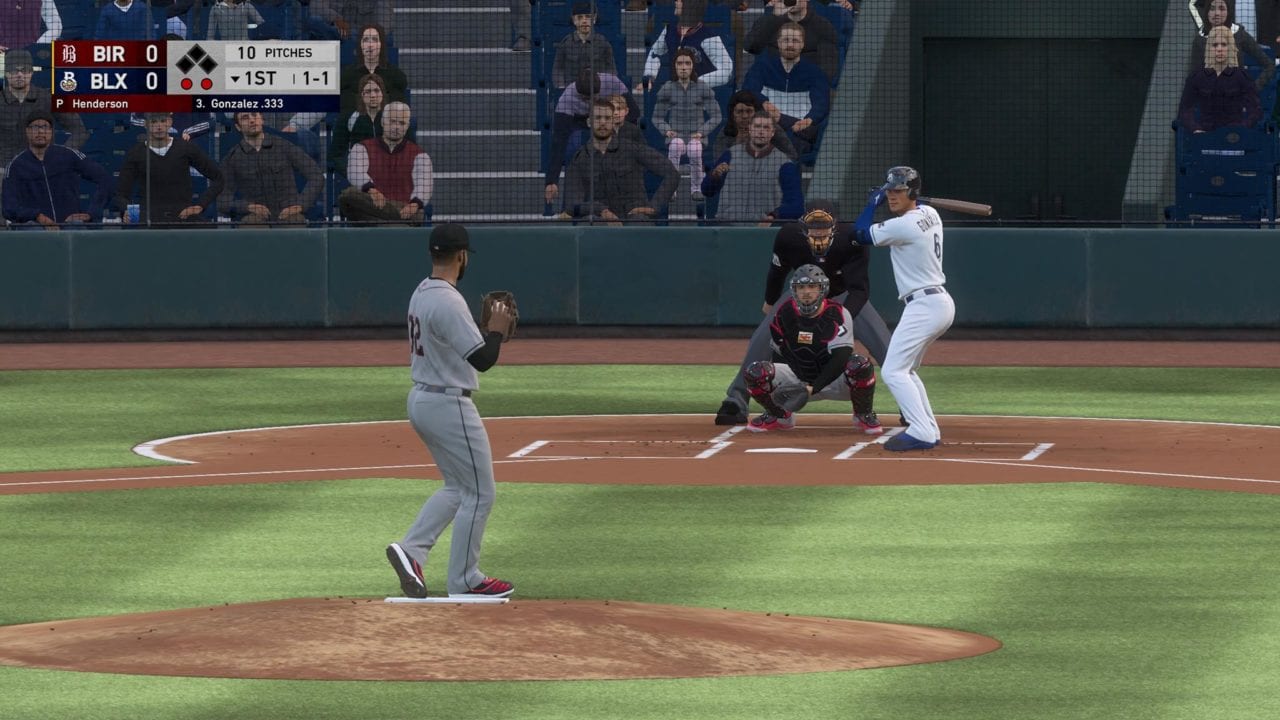 One other piece missing from the immersion puzzle is to make the player’s contract matter. It’s strange that contracts can be negotiated, with the result not really having much of an impact. Attaching it to earning stubs, or some other tangible benefit, would really drive home the difference between the compensation in AAA and MLB. 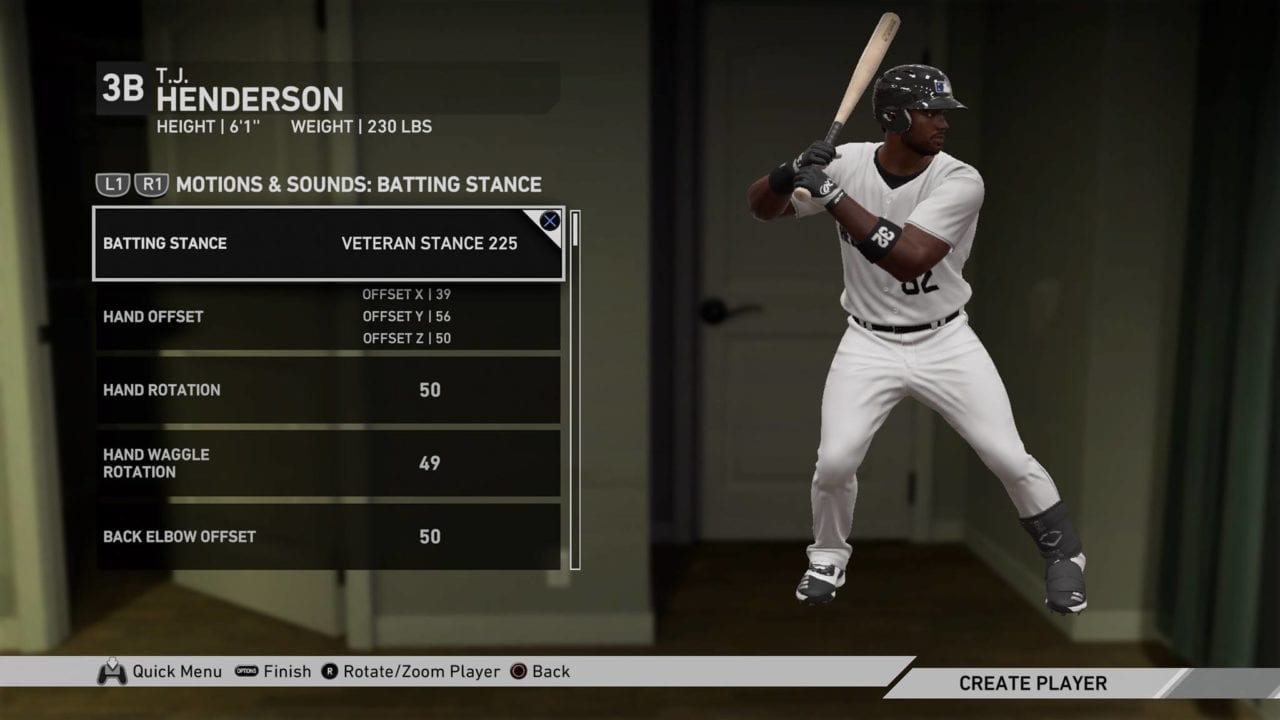 All of that said, this year’s Road to the Show does much more right than not. Many of the grievances are found with a magnifying glass, and the gameplay continues to be consistently engrossing.

We as fans are always looking for the next best thing, playing our role in not letting developers become complacent. MLB The Show 19, if nothing else, cannot be called a complacent release. That truly does mean something in the annual sports game grind. And through all of the praises and the critiques, the true measure of a game mode is whether or not it commands our attention and is a satisfying experience. In this case, does Road to the Show engage your attention enough to lose track of time, hang on every ninth-inning struggle and feel genuine accomplishment when winning an award or pennant?

For me, the answer is in the fact that I’m still here all these years later.