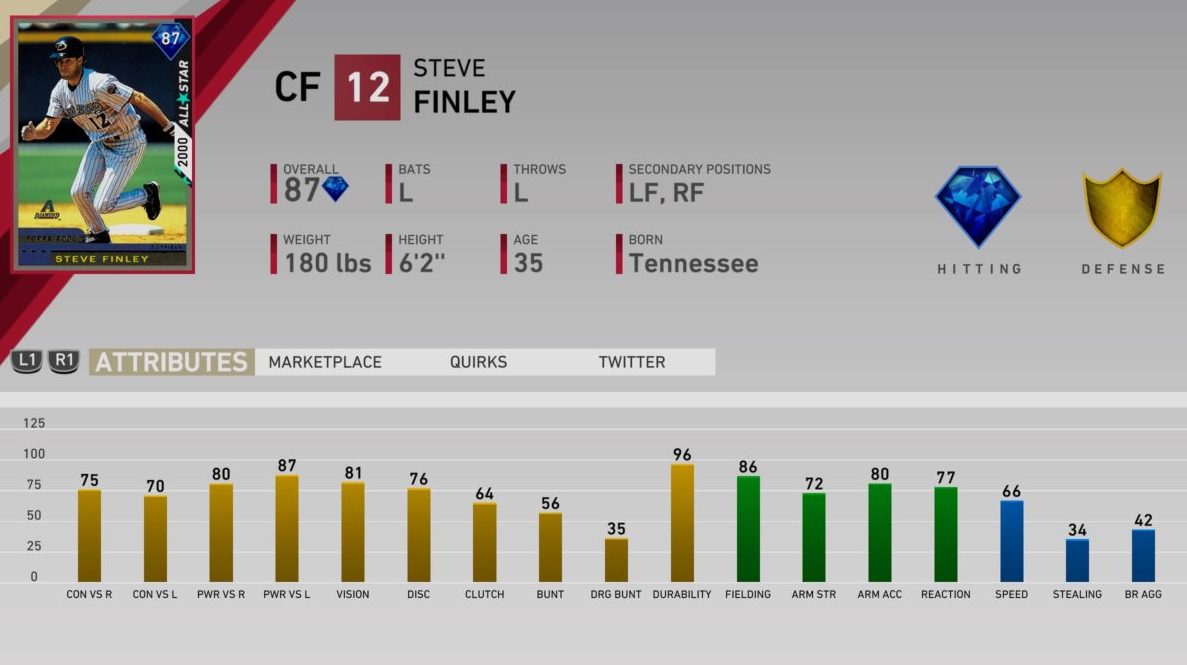 Just a quick update here today as the fan speculation ended up being correct: We now know one of the four new Signature Series players will be Steve Finley.

💎Signature Series Steve Finley
Coming this Friday (11/15)
…and he's not the only one pic.twitter.com/cZGd8d6vq0

I am not alone in saying this is a good first reveal, even if it was somewhat expected. Steve Finley just destroys in The Show. His swing is right up there with Jim Edmonds in terms of dudes you can just go up to the plate with while thinking you’ll get a knock no matter who is on the mound. He generally works as an all-around threat as well so he should be good on the basepaths, in the field and at the plate.

With Finley’s reveal, it opens up more speculation about who the other three players could be. Using Reddit fans as my guide here, I like the theory that we will get Orel Hershiser and Joe Carter since they were a couple of the other players in the pre-release reveals who don’t have Signature Series versions yet. The Hershiser card, if it does happen, would be like Finley in terms of pleasing many fans. His 92-rated card may still be in use on some squads, and the even better control that would probably come with the Signature Series card would only help his stock.