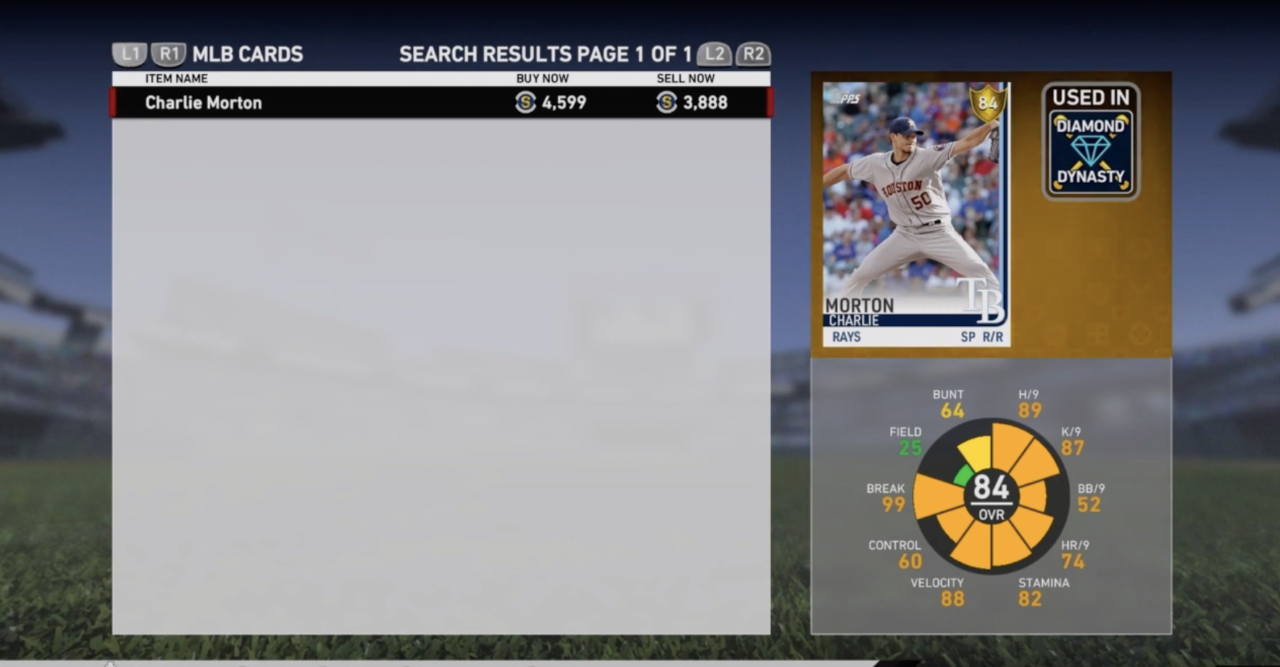 Two weeks ago, I hit 50 percent of my picks (three out of six). Let’s shoot for a better ratio this week.

Since being traded from the Seattle Mariners to the Atlanta Braves, Swarzak has quietly become one of the biggest shutdown relievers in baseball. In 18.1 innings for the Braves, Swarzak has 22 strikeouts, an ERA of 0.49, and a WHIP of 0.818. All three of those marks rank second in baseball for all pitchers who have thrown at least 10 innings.

Swarzak entered the 2019 season as a 76 overall silver and his stats suggest he should probably return to that mark. His 2.53 ERA and 1.156 WHIP after the cataclysmic first two months of the season are nothing short of miraculous. 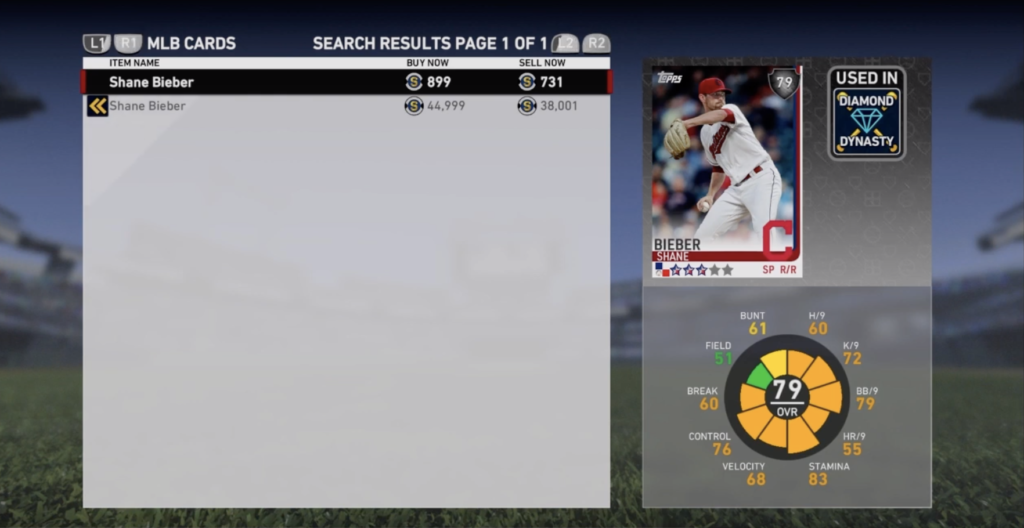 Bieber has proven over the course of the year he’s one of the most underrated pitchers in all of baseball. He may end up being a star.

In 19 starts, Bieber has 3.49 ERA, though his 3.28 FIP shows he’s actually been better than his ERA suggests. His 1.003 WHIP is one of the better marks in baseball. Not publicly considered a strikeout pitcher, Bieber actually ranks seventh in the league and his trajectory is headed north.

Fresh off his All-Star Game MVP, Bieber should see gains in stamina, H/9, and K/9 in this week’s update, pushing him into gold status.

Morton, much like Bieber, is striking out batters at an astounding clip. 148 strikeouts over 118 innings, Morton has proven to be one of the most dominant starting pitchers in baseball.

Morton has now dropped his ERA 88 points this season from 3.13 last season to 2.35 this year. His FIP, a statistic used to measure a pitcher’s ability to single-handedly dictate the outcome of a game, has dropped almost identically from 3.59 to 2.79. Morton leads the league in this category.

Morton has been a key piece to one of the more daunting rotations in baseball and deserves to be showcased as such. A +6 bump to 80 in HR/9, as well as a +6 bump in K/9 and H/9 would reclassify Morton as the gem he truly is.

Okay, so first of all, it would do Gurriel Jr. wonders if San Diego Studio moves his card from shortstop to left field. Having played 42 games in left field this season and a grand total of zero at shortstop, this should be a foregone conclusion.

Gurriel Jr. just wrapped up one hell of a month of June. Having slashed .337/.381/.683 with 10 home runs, he was objectively one of the best players in baseball over that time. He’s got 16 home runs on the season and is batting an impressive .295 for the entire year.

A shift to left field alone would bump Gurriel Jr.’s card to a 74 overall. After that, all he would need is a small bump to his CON versus R and PWR versus R (both well-earned), and he’d be silver as he decidedly deserves. 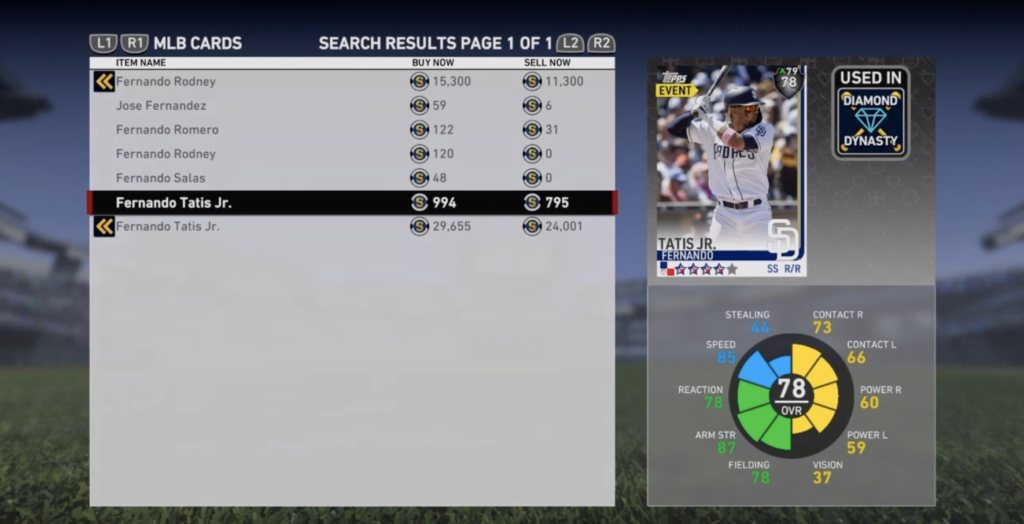 It’s no secret that Tatis Jr. is already a superstar. Injuries have held him out of small portions of the year, but whenever he’s on the field, he’s generally the best player out there. Currently slashing .339/.406/.615, Tatis Jr. already ranks as one of the best shortstops in the league and his card should follow suit.

In fact, his WAR/600 is already 8.0 as a rookie. Once the kid gets the opportunity to put in a full season of work, he’s going to be an MVP candidate in the National League. He’s a superstar.

Significant gains in his CON versus R and CON versus L are surely on the way, but bumps to his plate vision and plate discipline are likely in order as well.

Not only will Tatis Jr. get the bump to gold in this update, he may go diamond before the season ends.

We’ve waited long enough. We’ve waited and waited to see whether or not Bell’s production was going to fall off and it simply has not. Josh Bell is officially a superstar and a candidate for NL MVP.

A .298/.373/.636 slash line to go with 27 home runs make him the gem he was projected to become years ago when the Pirates paid him millions of dollars to skip going to Texas and instead jump right to pro ball. A .338 ISO(!) shows just how potent the bat has become.

Bell’s K% and BB% deserve to be rewarded with noteworthy bumps to plate vision and plate discipline. His impressive display from the left side of the plate should also garner virtual gains, pushing him over the diamond threshold.

Bell remains a pretty solid option in Diamond Dynasty as switch hitters are a huge coup for player who struggle with like-handed matchups. If you have the opportunity, go earn his Player of the Month card for May. It’s been a huge lineup anchor for several highly successful teams.