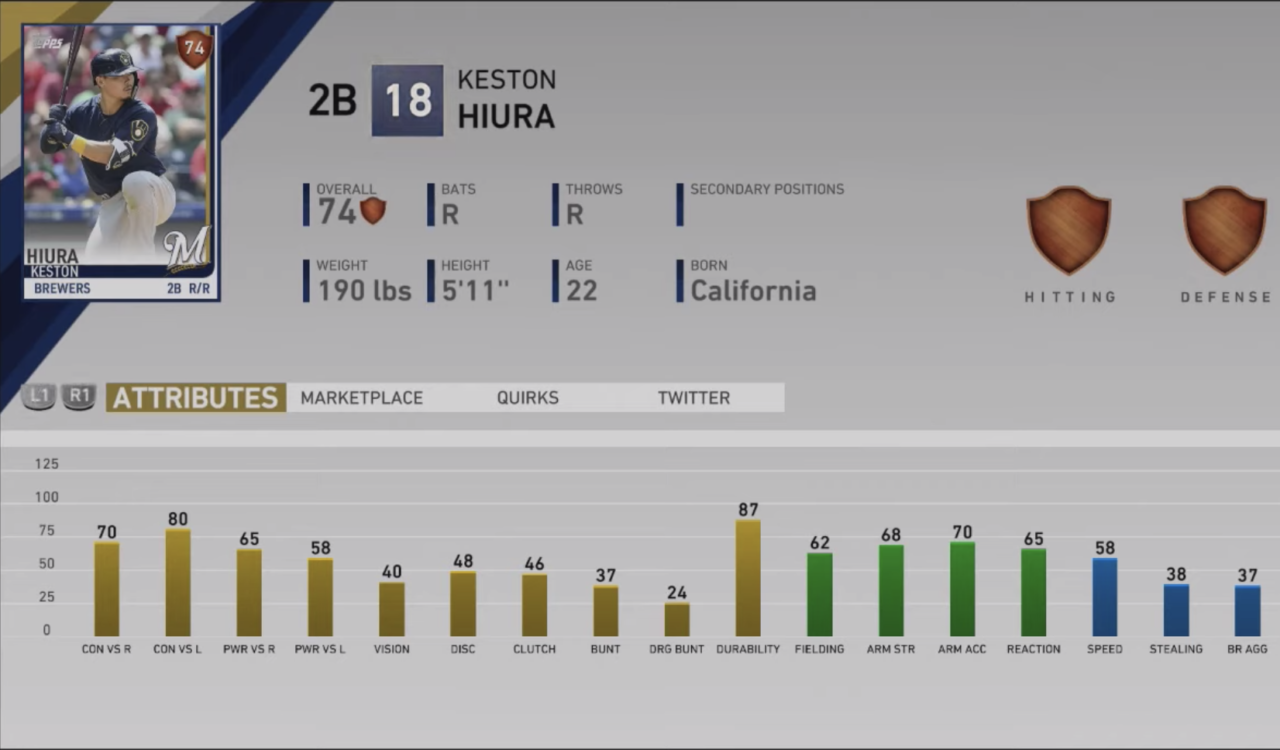 Two weeks ago, I hit 66 percent of my picks (four out of six). Still looking for that perfect week!

Quiety, Gallegos has turned himself into the shutdown arm the St. Louis Cardinals have needed this year. Gallegos has easily been the most reliable reliever the Cards have had this season and is frequently called upon when the team needs a big out.

Sporting a 2.19 ERA and 12.95 K/9, his performance in 2019 is easily the best of his short career. Gallegos is turning himself into one of the better strikeout pitchers in baseball and that should undoubtedly be recognized in MLB The Show. A +6 bump in K/9, as well as a +12 bump in HR/9 should easily get him the silver status he has earned.

This is a bit of a tough one. A +3 bump to 80 overall is a big jump, but Gray has deservedly earned it this season.

A 3.29 ERA with a 1.13 WHIP is certainly worthy of gold stature, but maybe more importantly, his performance over the last month of the season has been pretty noteworthy. A 0.84 WHIP and a 1.89 ERA is strong enough to catch some attention. Gray is turning out to be a fantastic acquisition for Cincinnati this past offseason. 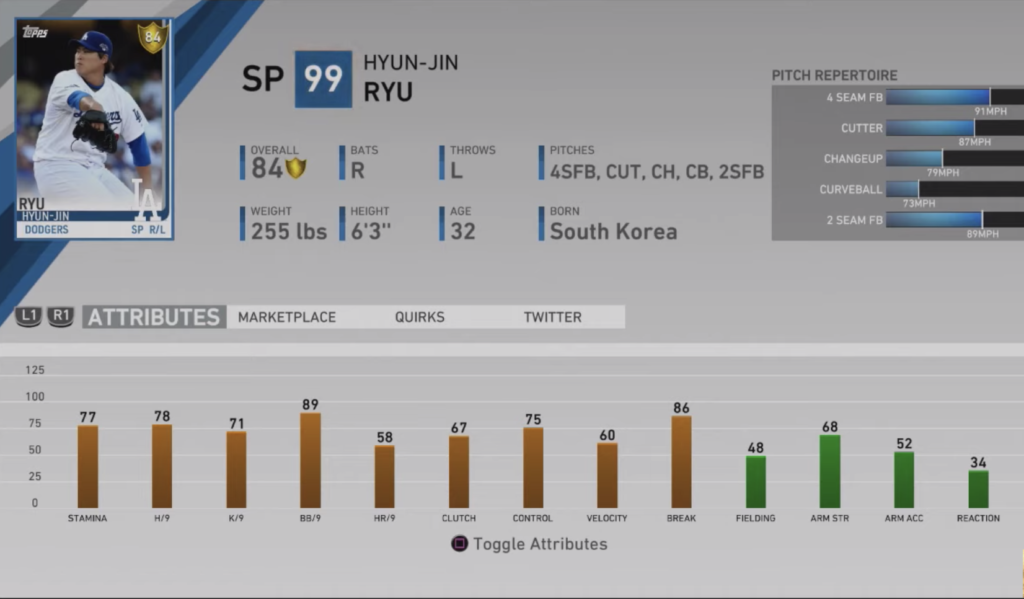 Selfishly, I think Zack Greinke deserves the diamond bump this week, but I’d be remiss if I didn’t think Ryu was more worthy.

Ryu just simply hasn’t slowed down. His 1.74 ERA continues to lead all of baseball and he’s shown absolutely no signs of faltering after his hot start. Ryu has a lot of room for growth on his card and should reach diamond status with relative ease. His 0.69 HR/9 deserves a big bump in MLB The Show, as does his BB/9. Both are currently career bests.

A +10 to HR/9 should be enough on its own to get Ryu over the hump. He should be a given to reach that gem status this week.

Hiura was one of baseball biggest and brightest prospects entering the 2019 season, and he certainly has not disappointed. While he’s been a victim of roster crunching from time to time, every opportunity he’s received when recalled to the big league club has been fruitful.

His .325/.390/.619 slash would rank among the best in the league if he were to have the at-bats to qualify for such a designation. His 11 home runs in 43 games is pretty sensational, especially for a young player like Hiura, not to mention at the second-base position.

I would anticipate some rather noteworthy changes in Hiura’s hitting stats this week. A +12 bump in Vision, as well as a +6 bump to CON vs. R would move the prized Brewers slugger to a 76 overall, but I believe he’ll also get a nice bump in discipline as well as his PWR vs. R. 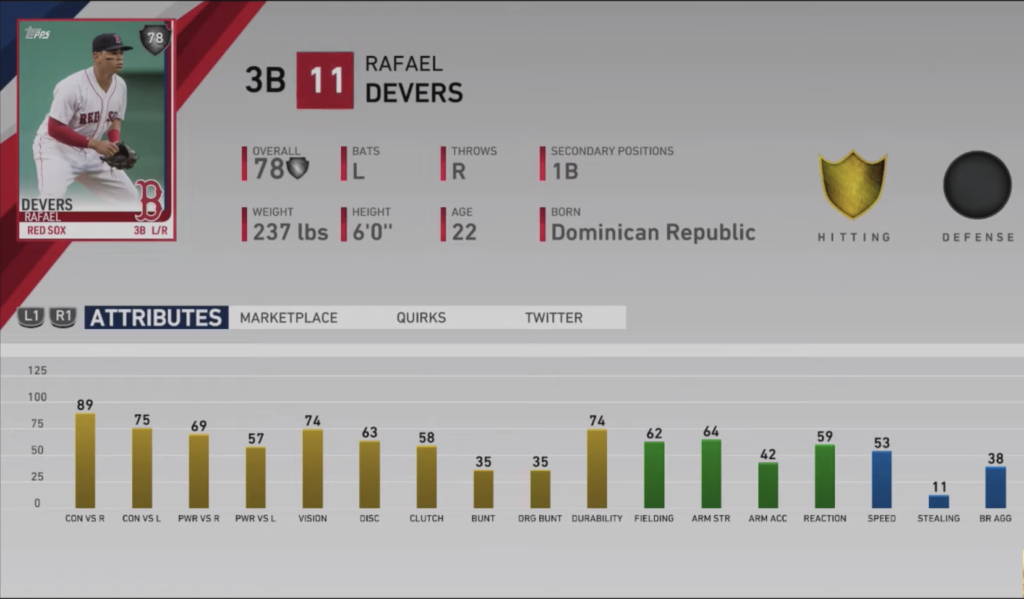 For the love of all that is holy, get this man the gold designation he deserves already. He’s tearing the cover off the ball and has been doing it all year.

A .329/.391/.579 slash line to go with a career high 21 home runs really shows just how good Devers has been in 2019. His 15.7 K% and 7.4 BB% are both outstanding figures. Devers’ defense is the only thing holding back his card right now, but it’s simply at the point where his bat alone should vault him into gold status.

A +6 bump in Vision and a +8 bump in plate discipline would jump Devers to gold status, but it wouldn’t surprise me in the least to see some substantial gains in the CON vs. L and CON vs. R departments as well.

MLB The Show has a bit of an issue right now. The game has zero live series diamond catchers right now, something that can irk players during events and team builds. Contreras has arguably been the best catcher in baseball this year and should probably be recognized as such.

All that being said, I’ll be the first to admit Contreras getting the bump to diamond is probably not going to happen, but he’s the best shot I’ve got this week. Batting .280/.373/.540 this season, Contreras is the gold standard at the catcher position right now, especially with the declines of Buster Posey and the durability issues of Salvador Perez.

Frankly, I’m a little surprised he didn’t get a fielding and arm accuracy bump during the massive defensive ratings adjustments, but maybe it’s not too late. A +7 bump in fielding, as well as a +12 bump to arm accuracy would get Contreras into the diamond category.

Which Players on the Trade Market Are the Biggest Prizes in MLB The Show 19?
MLB The Show 19 Patch 1.16 Available - Patch Notes Here