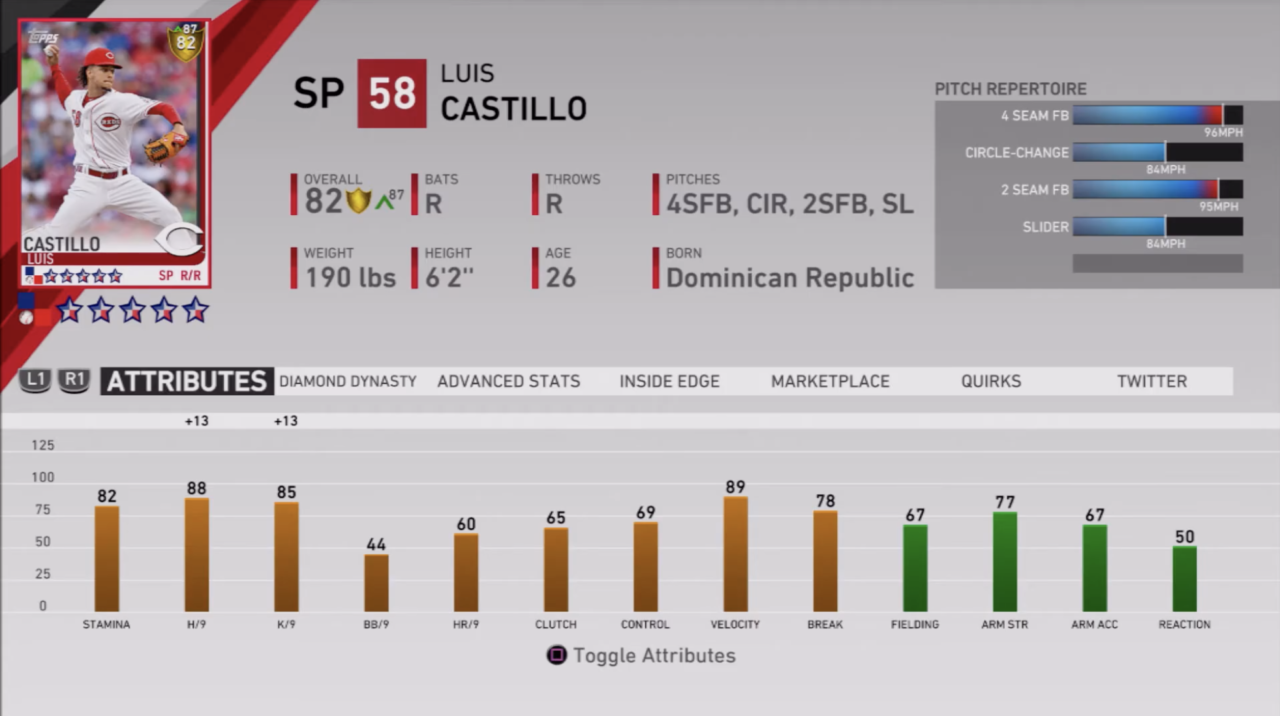 Two weeks ago, I hit 83 percent of my picks (five out of six). Still looking for that immaculate week!

Anderson is one of the more underrated pitchers of the 2019 campaign. The Brewers have had a difficult time pitching this season, but Anderson is not one of the warts.

Anderson doesn’t get a ton of respect from SDS in K/9 or HR/9, though both have been very impressive in 2019. He’s allowed just six home runs over his last 57 innings pitched, and his 8.49 K/9 represent a career high.

Anderson should see noticeable bumps in both areas, and a jump to silver this week. 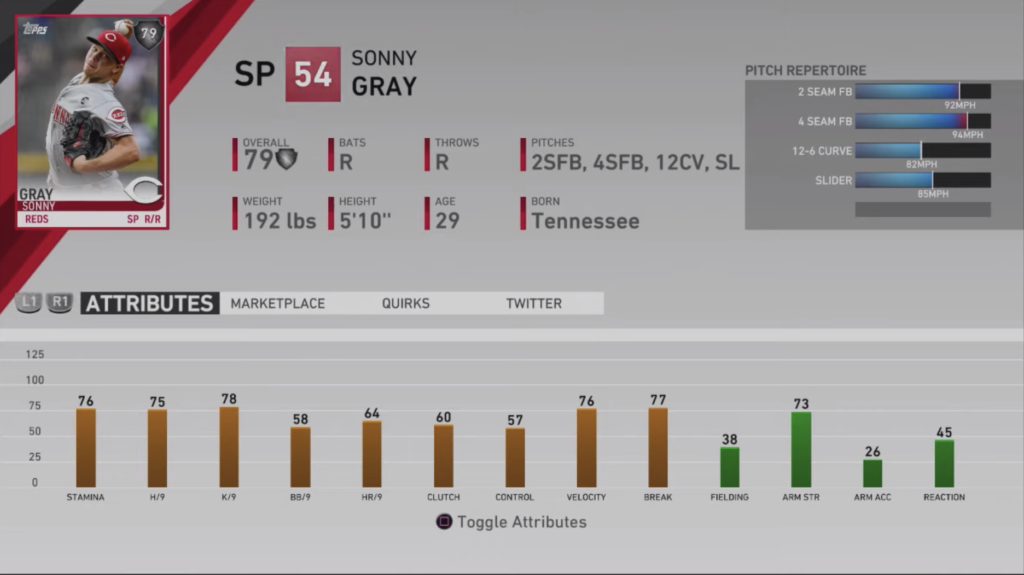 I’m going back to back, here.

Sonny Gray’s numbers continue to plummet, even with the upgrade he received two weeks ago. His ERA is down 0.19 points since the last update. In the 13 innings he’s pitched since August 2, Gray has allowed zero earned runs and struck out 14 batters. He’s given up just six hits and his WHIP during that time is a minuscule 1.00.

Gray has clearly developed back into a gold-tier pitcher and should be rewarded as such. The Cincinnati Reds did a masterful job of acquiring the pitcher after his struggles with New York, though he’s made it clear the time in the Big Apple is not representative of the pitcher he is.

Gray should see another small bump in H/9 and K/9 this week, jumping him up a tier into that gold designation.

This is a pretty brutal week to predict a gold to diamond jump for any given pitcher, but if I were to make a stretch prediction, Castillo would be my guy. If not this week, most certainly by the end of the year.

Castillo has sneakily been one of the best pitchers in the National League this year that nobody is talking about. His 2.69 ERA represents one of the best in all of baseball this year for starting pitchers, and his 172 strikeouts in 143 innings represent the elite of the elite.

Castillo’s stuff is absolutely nasty, but with that comes walks. His 66 walks in 143 innings is not very strong. One could say he’s effectively wild in that sense. For this exercise, given the strength of every other category, we’re going to say he gets the bumps necessary for gem status.

Urshela has undoubtedly been one of the biggest surprises of the 2019 MLB season. Now slashing .328/.373/.587, Urshela has reinvented himself by improving on literally every statistical category of his career averages. In fact, Urshela has been so good some are clamoring for the Yankees to use Miguel Andujar as a trade chip this offseason to acquire pitching.

Regardless of what happens, Urshela has earned himself a big pay day after this season, wherever he ends up playing as he is due to become a free agent.

Urshela will receive a big bump in PWR vs. R on this next update, and should receive a sizable bump in CON vs. L and PWR vs. L as well. He’s a legitimate 3B and will be awarded by SDS as such. 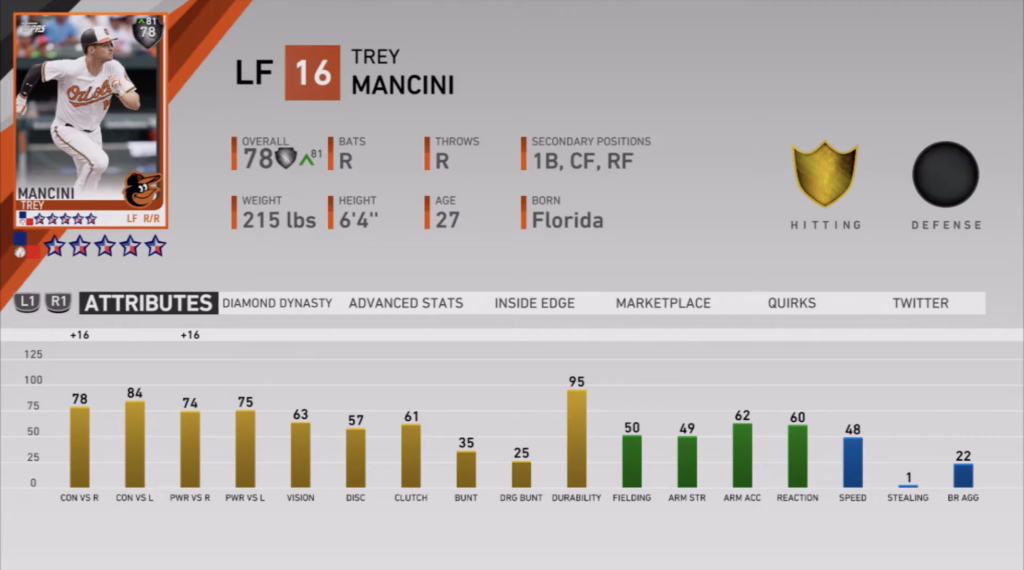 I can easily see Mancini jumping two spots to a gold card this week. This would give Baltimore its first gold card all season, which is, well, something — but not entirely surprising.

Mancini is hitting .289 vs right-handed pitching and is really mashing the ball. It’s not too difficult to imagine Mancini receiving a bump in the VIS category, as well as a well-earned bump in PWR vs. R. His 27 home runs this year are going to lead to a new career high, and his .344 OBP is also a new bar for his career.

Many have been waiting all season for Trevor Story to go diamond, and I believe this is the week we see it happen.

Since the August 2 roster update, Story has been mashing the hell out of the ball. His .325/.386/.775 slash over the last two weeks is gaudy, and his four home runs and nine extra-base hits speak for themselves.

Story didn’t get much love when defensive ratings were adjusted four weeks back, but he could still use a bump considering his massive defensive improvements in 2019. His PWR vs. L is still too low given his performance this season. I would expect a bump to diamond this week, and he should stay there for the foreseeable future.