Starting today, we will be doing a deep dive into the state of Diamond Dynasty each week. We will also be highlighting and interviewing different content creators, allowing them to share their thoughts on where we’re at and where things are going for the game mode.

For week one, we’re starting near the top.

McGunski is one of the most highly regarded Diamond Dynasty players in the world. Having been ranked in the top 5 of Ranked Seasons a number of times and currently sporting a record of 81-16, McGunski represents some of the top talent the community has to offer. 12-0 Battle Royale runs are light work for this guy. 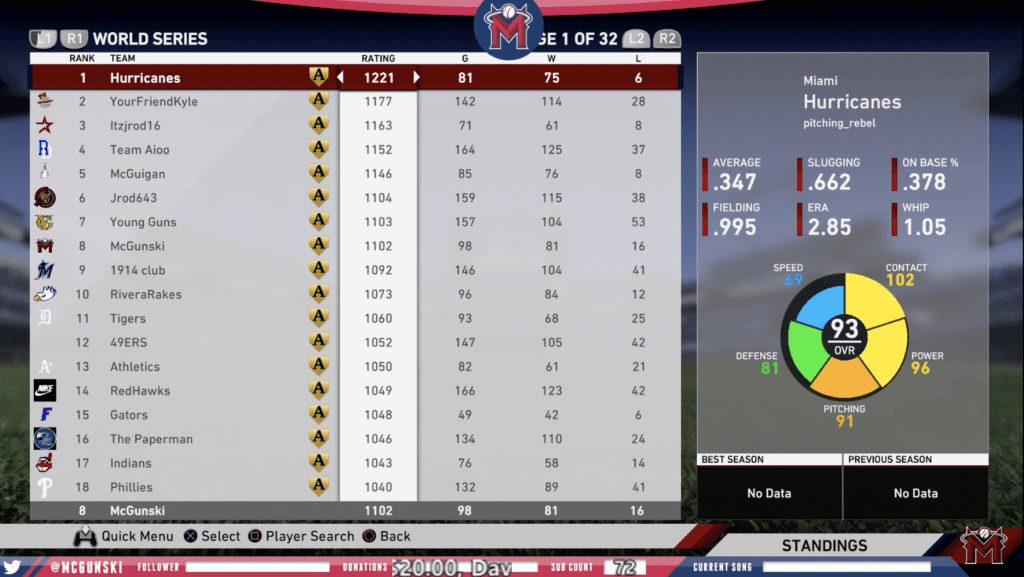 As one of the more successful players, you would suspect he has some opinions on MLB The Show 19, and specifically Diamond Dynasty.

“Honestly, compared to some of the other [MLB The Show versions] and their launches, it’s a much better product,” McGunski said. “This is the best start for an MLB The Show I’ve seen.”

Pointing toward the vast amount of rewards and different ways to earn them, McGunski said this year’s game feels well thought out and methodical. He feels like everything was added or complemented with a purpose, and it’s led to a very enjoyable experience.

“This game plays like real-life baseball,” McGunski said. “Not only that, every reward you’re capable of earning is worth your time.”

Referring to the different paths users can take to earn cards, he added it doesn’t feel like many challenges in the game are “grindy” or time consuming to the point that they’re a deterrent. The XP Path rewards, Team Affinity rewards and the new Inning Bosses rewards add a nice layer to the game and seem to make you feel like you are within striking distance of a new reward at all times.

But how does the game play? How does it feel?

San Diego Studio has recognized the small criticism via social media and Twitch steams, and some tweaks are probably coming in due time. But for McGunski’s money, things feel pretty darn good right out of the box.

“This game is really close to being a fantastic game,” He said. “Pitcher base hits, excessive bloop singles on late swings, some random fielding miscues — these things can presumably be cleaned up pretty easily. When they do, this will be the best MLB The Show ever.”

But as one of the premier talents in the community, you’re probably wanting to know what makes McGunski so successful. There’s a couple things he’ll share that others may be able to take to the diamond.

“First off, fastball is king,” McGunski said. “Much like real-life, well-placed fastballs are the key to high-tier success.”

And how about hitting? There’s a couple things to key on if you’re looking to rake.

The second lesson may take a little more time.

As for those of you looking to build a dominant lineup and keep up with the meta, there’s a few cards you should add to your lineup if you can.

“That Kenny Lofton card, man,” McGunski said. “Everyone in the community is saying that is the card.”

He’s got a few favorites of his own.

“The 87 overall Chipper Jones for sure,” he said. “High contact, high vision, switch hitter. That’s what I look for.” 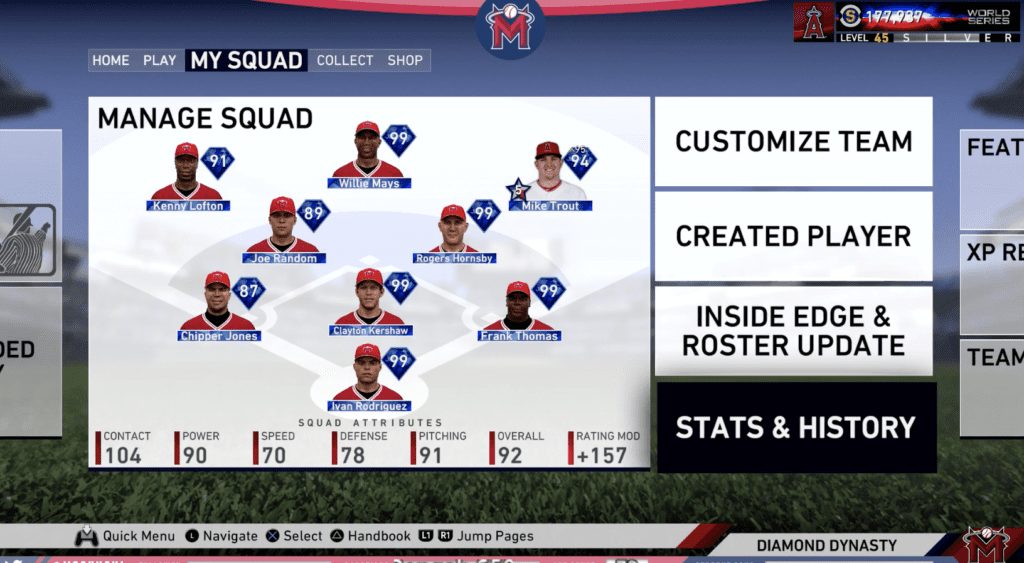 McGunski has a few other pieces of advice for gamers looking to add firepower, and it stays with the theme of his playstyle. Having patience in the Marketplace and flipping cards can be a great way to stack Stubs.

“I know a guy who flipped cards for a week and a half to get Willie Mays and complete every single collection,” McGunski said. “The marketplace is built this year to allow players to go that route. It’s nice.”

MLB The Show 19 looks like a banner year for the Diamond Dynasty community and McGunski believes the content schedule from developers will follow suit. It seems San Diego Studio is releasing at least a new card or two on a weekly basis, and that seems to be the plan moving forward between the bigger content drops that come along with the new programs.

For those of you looking to follow McGunski and get some tips and tricks for success, there’s a numbers of avenues you can go: