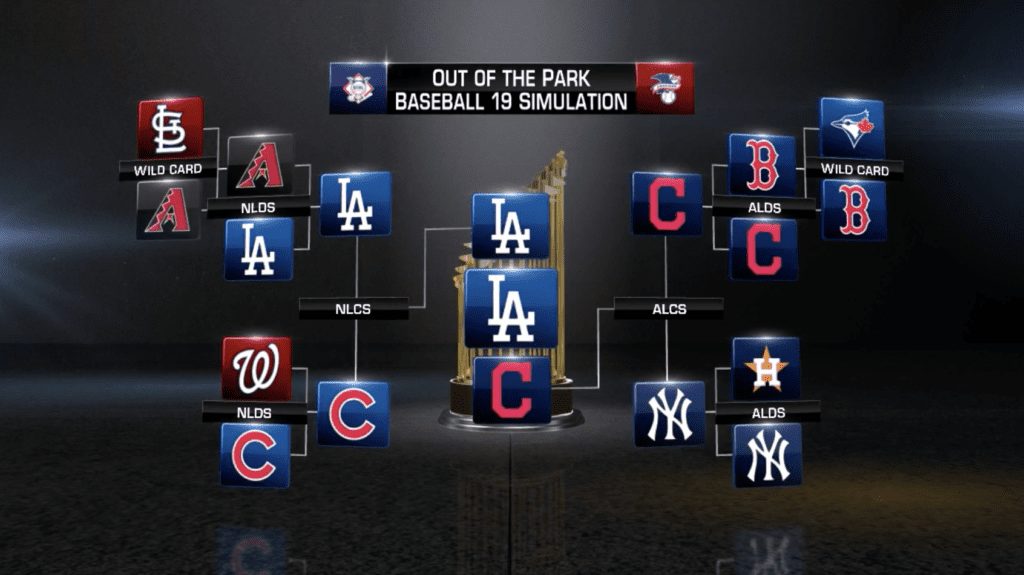 Tonight at 7:00 PM EST, the MLB Network will announce the 2018 season predictions, made by Out of the Park Baseball 19, as part of their Predictions Special.

The Out of the Park Developments team simulated the 2018 Major League Baseball season 1,000 times and put together a forecast that includes expected division winners and how the playoffs will unfold, including the World Series.

Customers can purchase OOTP 19 for $39.99 from OOTP Developments, Steam and Electronic Arts’ Origin. Today is the last day to get the game for 10% off.

Out of the Park Baseball 19 includes:

Many more improvements, including:

This summer, Out of the Park Developments will unveil an exciting new online mode called PERFECT TEAM. An open Beta will happen this spring, and the company will announce more information soon.

OOTP 19 runs on PC/Mac/Linux and like last year it features the American League and National League logos, the World Series trophy, official logos and jerseys for all 30 MLB teams, over 150 Minor League Baseball league and team logos, and historical MLB logos.