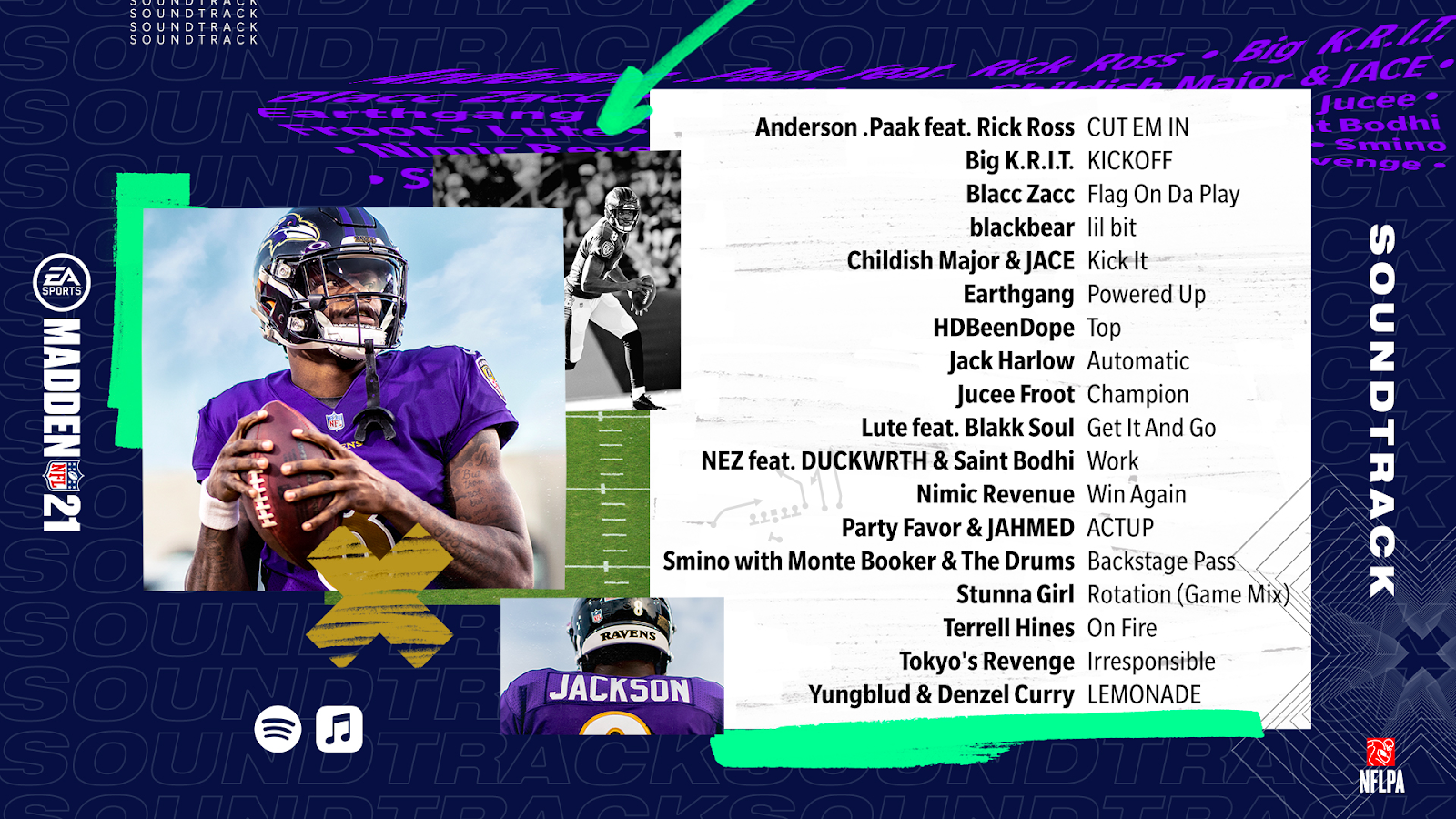 EA has revealed their Madden NFL 21 soundtrack today, featuring 18 tracks exclusively created for Madden NFL 21. Fan can listen to it now on Spotify.