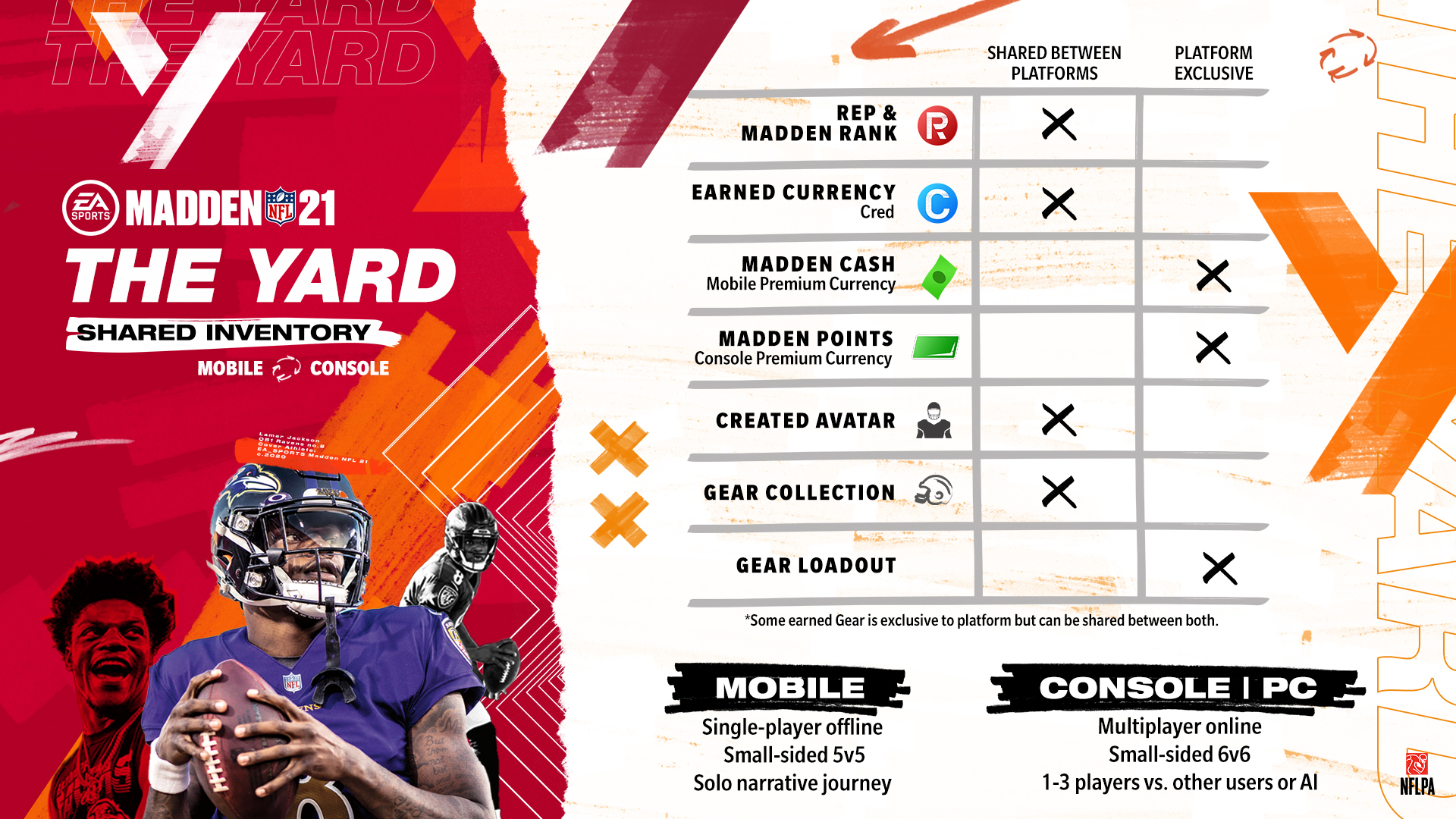 We talked about what The Yard might be for Madden NFL 21 last month, but EA has officially confirmed the new mode today, with some details and a mobile trailer.

The brand new dynamic mode allows players to experience backyard football with fast-paced, small-sided gameplay. In this new feature, players will be able to create a custom, one-of-a-kind avatar to outfit in gear, unlike any seen in Madden NFL before. Pull off game changing trick plays, such as behind the back throws and double passes; and execute wild gameplay moments to win in new field locations around the globe.

While the trailer that released today is for the mobile version of Madden NFL 21, it is also set to arrive on Xbox One, PlayStation 4 and PC at launch.

Starting today in the all-new Madden NFL 21 Mobile app, players can kick off their experience and create their avatar in The Yard: Underground to begin earning rewards by playing a single-player, narrative journey with 5-on-5 football gameplay.

When Madden NFL 21 launches on August 28 for Xbox One, PlayStation 4 and PC, gameplay in The Yard will center on 6-on-6 backyard-inspired football with the option for players to play solo, online co-op vs. the CPU or online head-to-head multiplayer in teams of one, two, or three players.

House rules are the name of the game and creativity after the snap is where The Yard’s all-new gameplay takes full effect. New animations lead to momentum-shifting moments, where players can run up the score with extended play combinations. In the Gillette Style Zone, players will be able to customize their avatar, including facial hair, hairstyle and more, to express their individuality. Visiting the Gear Store allows players to outfit their avatar in fresh looks, with exclusive new gear drops planned all season long. Players will also develop their own playstyle as they rack up wins in The Yard, all while earning experience points, rewards and competing in new field locations with unique vibes and varied rule sets.

Download the Madden NFL 21 Mobile today in the App Store or via Google Play to jump into The Yard: Underground to get started and take on solo challenges. For players eager to see more of The Yard on Xbox One, PlayStation 4 and PC, tune in August 13 to the Madden NFL 21 social channels for a deeper look.