With the assistance from Hall of Famer, Steve Young, here are some player reactions to some of those ratings.

"Dang! This is the guy you guys got!?" – @Tua@SteveYoungQB reveals #Madden21 Ratings to Rookie QBs pic.twitter.com/PLLH1Fh8XK

You can view all of the Madden NFL 21 rookie quarterback ratings at the official Madden ratings website. 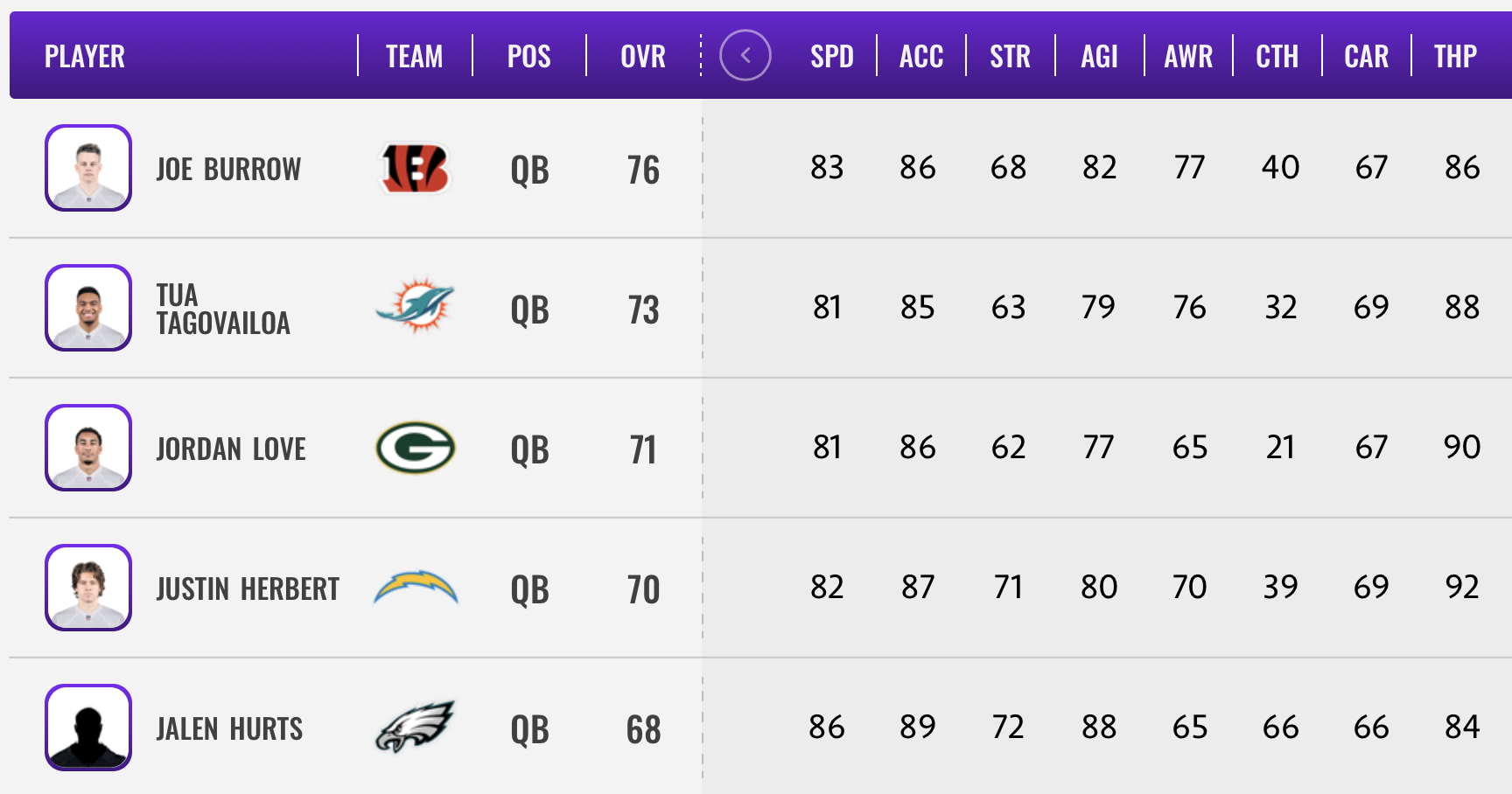 The Madden NFL 21 ratings will continue on ESPN, with Madden’s 99 Club and additional player/team ratings throughout ESPN broadcasts next week, including Get Up!, SportsCenter, First Take, and NFL Live. From June 13 to June 17, each day will reveal more than the next, ending the week with a Madden Ratings Primetime Special and the Madden NFL Ratings Hub flipping live.