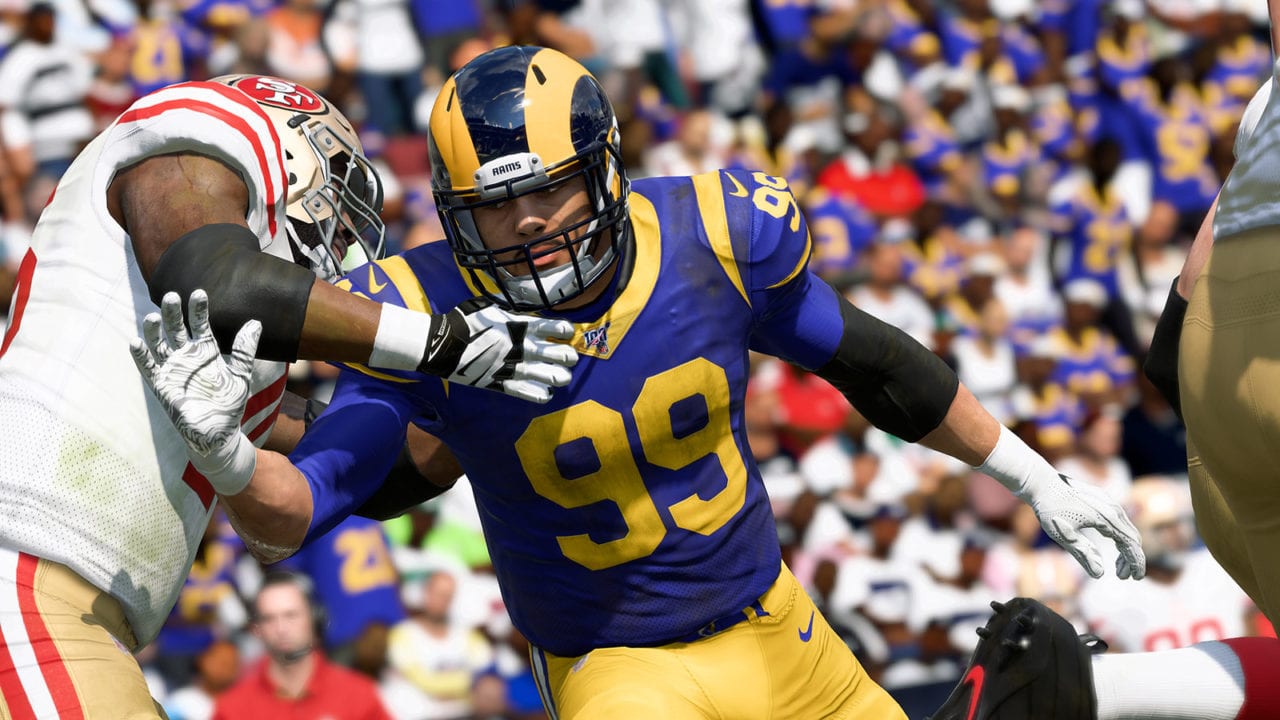 Game Informer recently had a chance to chat with Madden NFL 20 creative director Mike Young, to dig a little deeper into the improvements coming to Franchise Mode this year.

The team obviously cares about the mode and want to provide fans a way to make important decisions on personnel, morale, teammates, and employees. Franchise mode community members have been brought on board to improve trade logic, free agency, and scouting.

Not only that, they are introducing their new Scenario Engine, to recreate dramatic storylines, with the help of a new personality system, to help develop headlines throughout the NFL season.

“The Scenario Engine is intended to create dynamic storylines week to week based on how you’re playing, who you are, your record, your stats, and the personalities around you. It fires off stories that could be one-week stories, but there are also several storylines that are branching.”

Imagine placing a star player on the trading block and seeing how he would react, what it could do to the locker room. A diva receiver isn’t getting the ball enough, he might demand a trade.

Things like that are just a small example of what they are implementing and the team plans on adding content throughout the year, for franchises throughout the season.

Some tweaks in the scheme fit system have made, along with adding the run-pass-option (RPO), West Coast Spread, Pistol and Air Raid. 4 new schemes have been added on the defensive side of the ball with the 4-3 Cover 3, 3-4 Storm, 4-3 Quarters and 3-4 Disguise.

This is a great read, so make sure to head over to Game Informer to get more juicy Madden NFL 20 Franchise Mode details.