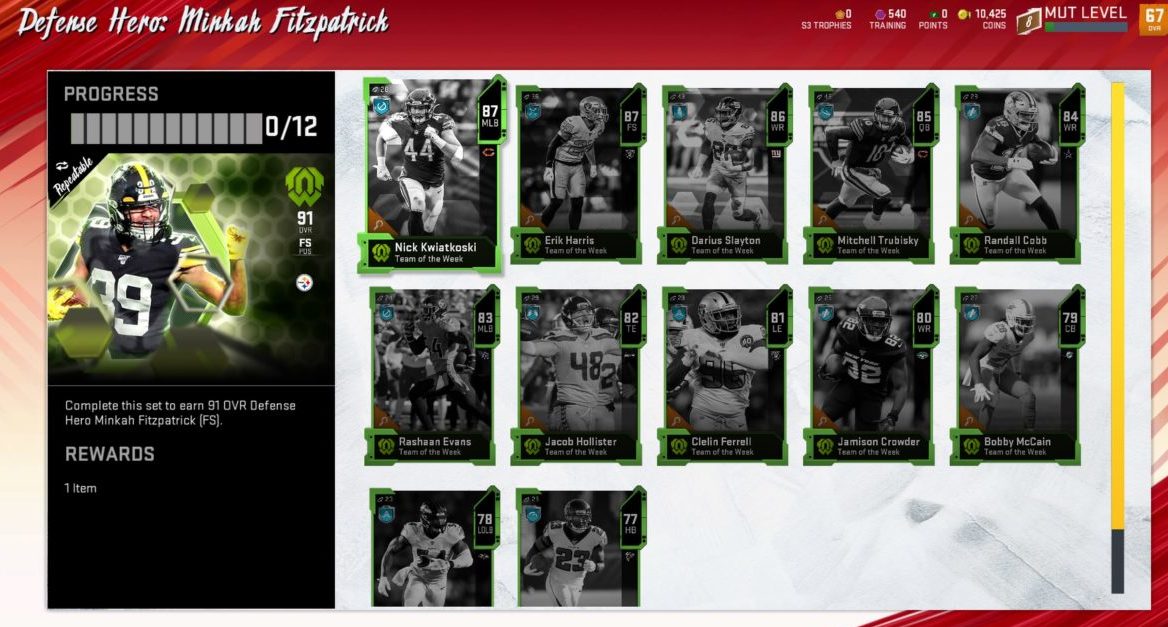 The newest Team of the Week in Madden NFL 20 MUT is probably more helpful for team chemistry styles than those just looking for the next great player at a specific position. At the top of the list in terms of ratings is the Fantasy Player of the Week Limited, Christian Kirk.

His price was wildly inflated earlier today at about 900K, but it’s quickly falling into a more reasonable range of 500K or so, and I suspect it will continue to drop. He has 91 speed, good route running, but his release is only 78. So as I said at the top, I think this card will be awesome in a Cardinals theme, but maybe doesn’t quite reach into the upper echelon for the basic god squads out there. 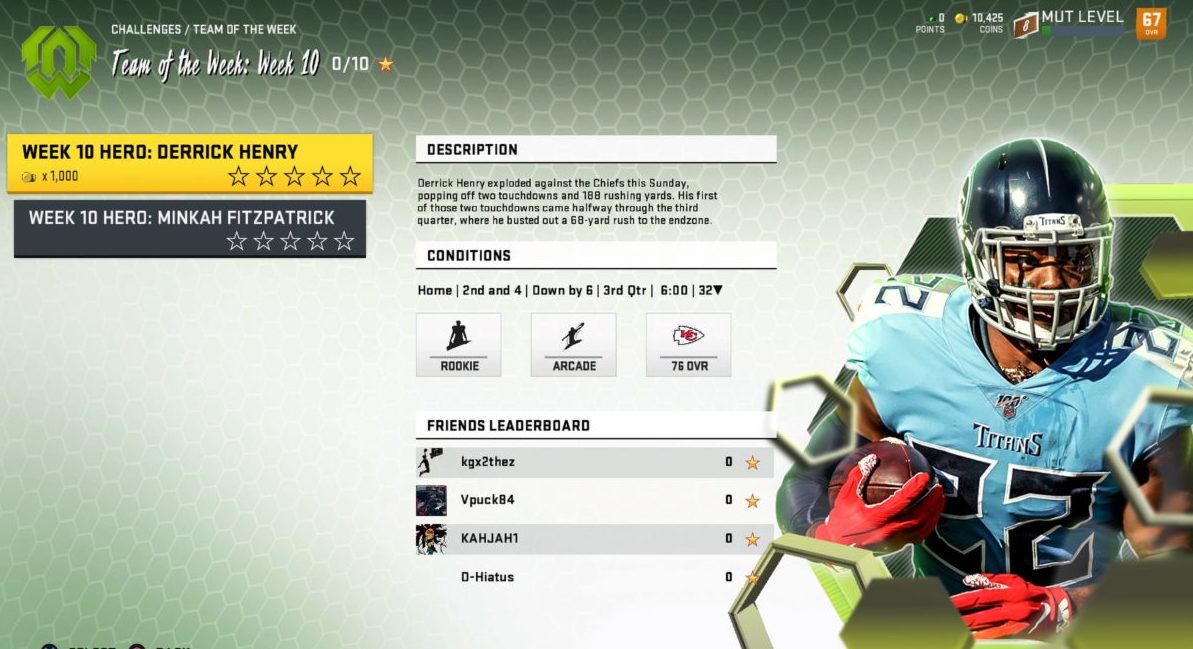 In terms of Solos, for Hero Derrick Henry you need two touchdowns on All-Pro. You get bonus coins for scoring a touchdown on the first play and for rushing for more than 188 yards. For Minkah Fitzpatrick, on All-Pro difficulty you will need need an interception. The bonuses there will be to recover one or more fumbles and getting four user tackles.

As for the Hero cards themselves, again, they’re more for team themes. Fitzpatrick has great speed and solid coverage ratings, but his tackling is pretty soft. If he’s powered up, this will be mitigated a bit but it’s a concern.

Derrick Henry does a little worse than the Fitzpatrick as he truly is just for a Titans theme. His power ratings aren’t good enough to be top tier, and he doesn’t offer enough elsewhere to be your lead back. 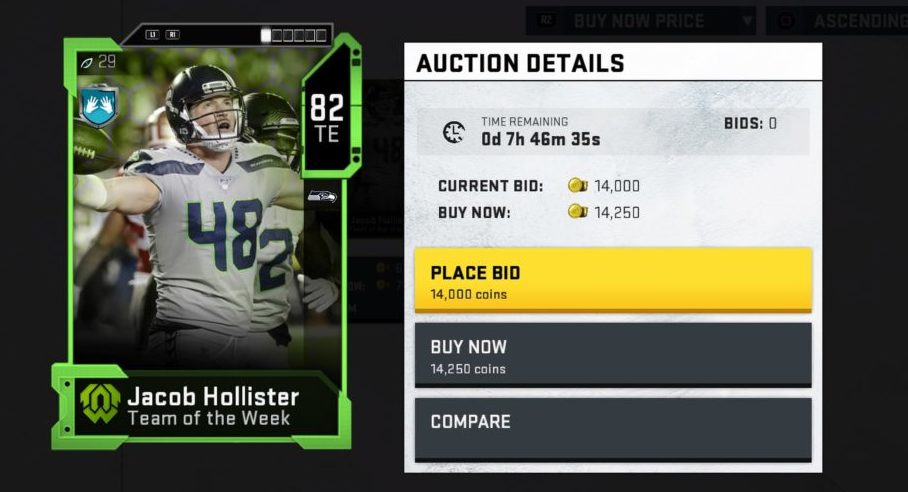 Looking beyond the top-tier cards from this week’s team, Jacob Hollister looks like a good budget tight end. He’s okay enough as a blocker, has 81 speed, and basically gives you just enough around the edges to be usable if you want to go cheap with your tight end. 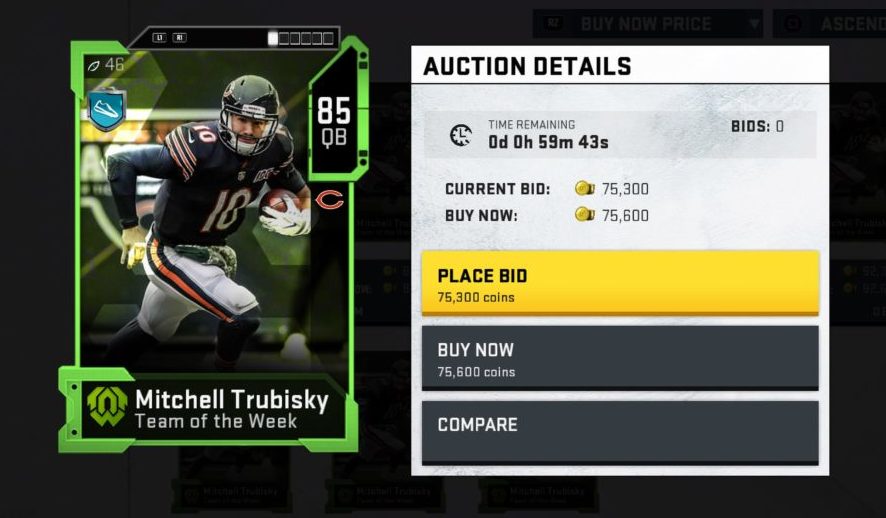 Mitchell Trubisky is another one to call out because he fits into the Bears theme. Kurt Warner is the great out-clause for team themes this year if you don’t have a good QB, but if you don’t want to use Warner for your Bears team theme, this Trubisky card seems like an option. Now, that being said, this card is still in rough shape and you need to massage it to make it work. However, there is a world where he could get powered up at some point and gets to have a high tier Escape Artist.

…Look, I’m trying to make Bears fans feel better here about their haunting QB history, and that’s about as good as I can do.

Anyway, new Heavyweights tomorrow. We’ll be back to highlight them.