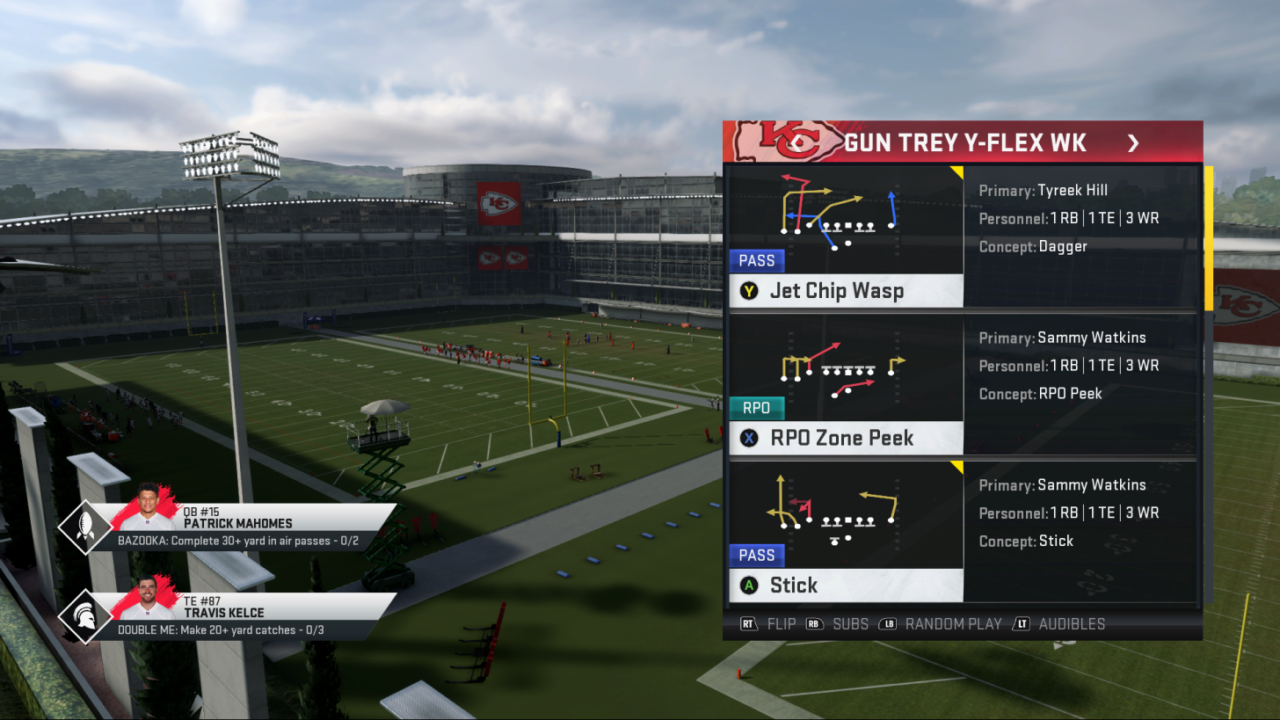 Madden NFL 20 game update 1.25 is available now, for both the Xbox One and PlayStation 4, fixing an issue with the ‘Route Runner’ Wide Receiver Archetype data, that prevented those players from reaching a high OVR, via progression.

The patch also updates some NFL Live Playbooks for quite a few teams, including the addition of Gun Trey Y-Flex Weak/Jet Chip Wasp to the Kansas City Chiefs NFL Live Playbook, thanks to a request from Tyreek Hill himself.

The Madden team also updated offensive play-call AI in the NFL Live Playbooks, to reflect the run/pass ratios for all teams based on the 2019 NFL Season data.

There were no gameplay updates in the new patch, but the team did mention they fixed an issue allowing the QB to abort the hand-off animation, when flipping a specific reverse play.

Check out the patch notes below and as always, let us know what you are seeing.

Fly like a butterfly, sting like a Wasp. @PatrickMahomes believed in himself, this play call, and the @Cheetah on the #SBLIV's Turning Point. @Chiefs pic.twitter.com/xTTU7AL6OQ