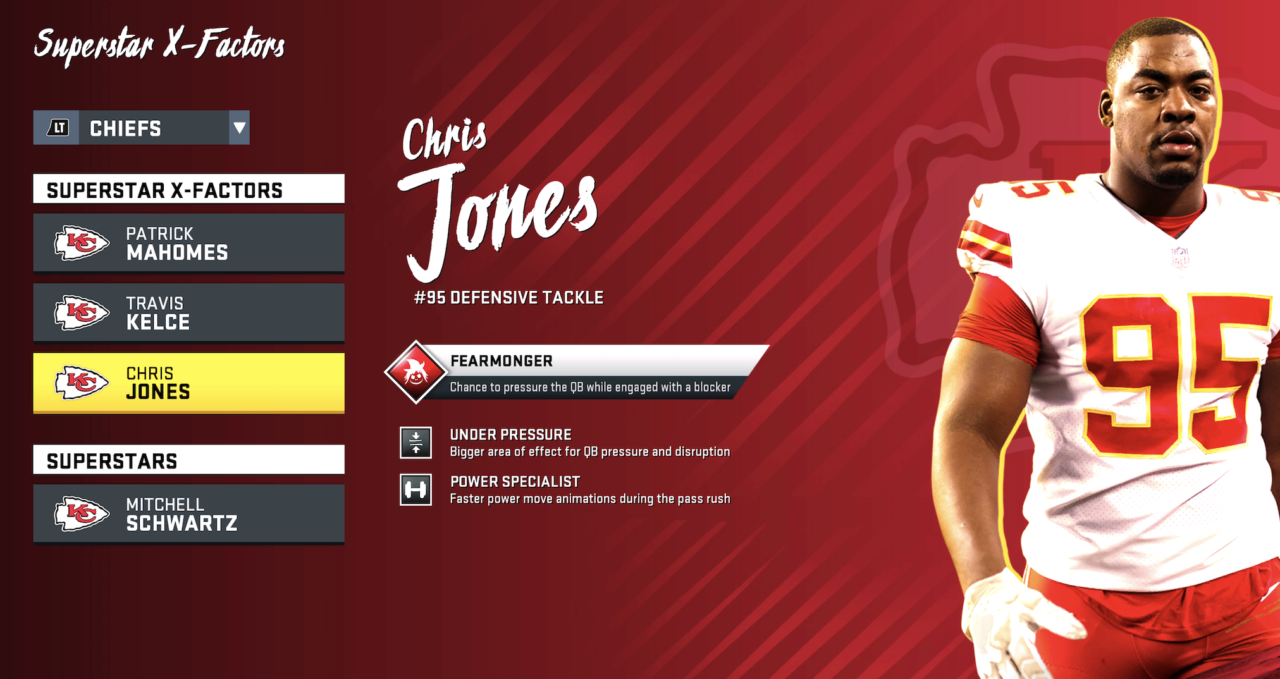 Madden NFL 20 game update 1.17 is available, check out the patch notes below and let us know what you’re seeing.

Downgraded Superstar & X-Factor players, no longer equipped with any abilities:

DEV NOTE: Superstar X-Factor reshuffling is part of our ongoing continuous development plan to keep the rosters and players as up-to-date as possible with the events of the NFL season. These updates will apply to Front End rosters for Online head-to-head games. The re-shuffles will NOT impact existing Franchise leagues, as those leagues are already in progress with their own performance progression/regression and will not apply to new Franchise leagues created with the ‘Pre-Season Roster’ option.

Protective Custody – Ball carriers with this ability are immune to fumbling when in the zone.

Mossed – Inspired by Ultimate Team Legend WR Randy Moss, when players with this ability enter the zone, they will win contested catches regardless of coverage on passes of 50 yards or more (but does fall back to ratings formula when countered bypass coverage abilities).

DEV NOTE: All new abilities will be available in Ultimate Team and Superstar KO.

For new and existing Franchise leagues, the abilities will be added in a future Title Update.