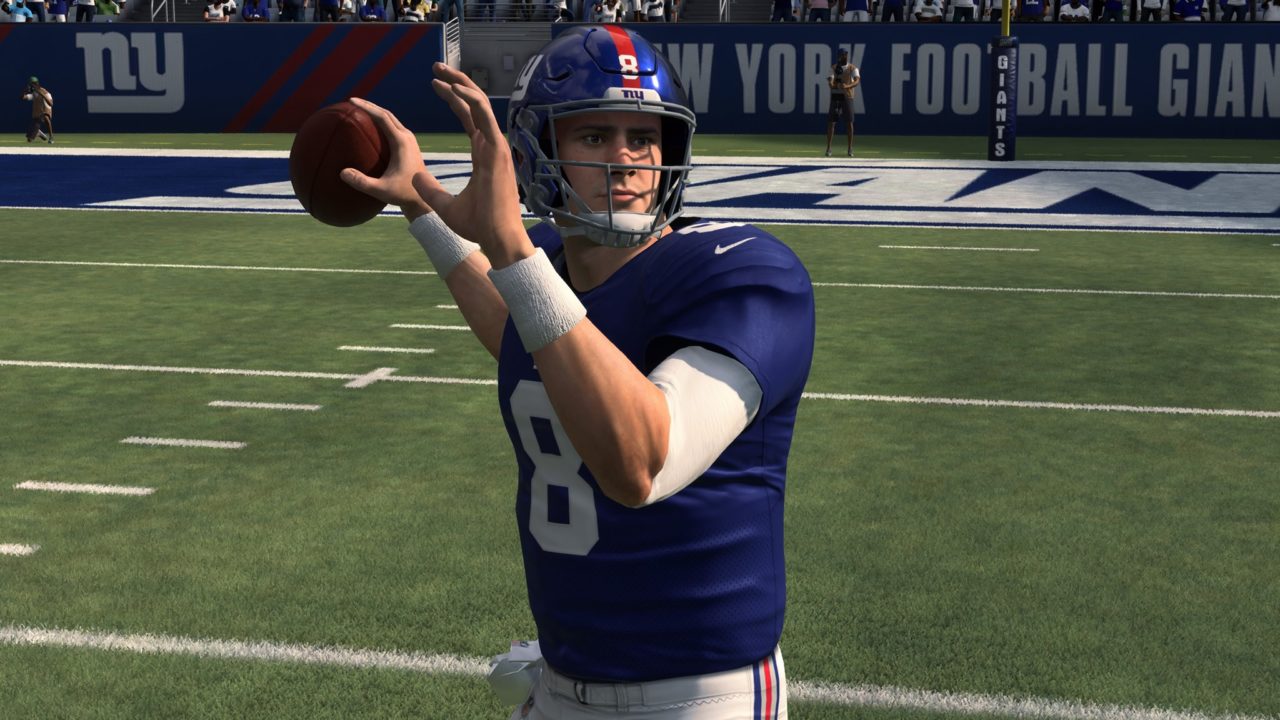 Madden NFL 20 game update 1.16 is available, check out the patch notes below and let us know what you’re seeing.

Lead by Coach Jon Gruden, team Rhythm is giving Emmitt Smith’s GNP some well-deserved R&R after taking a beating trying to make it through those lines. With Gruden’s history in the NFL, he knows how to utilize different playbooks to his advantage, with no playbook being outside of his grasp of knowledge, as well as a base team full of players used to playing West Coast.

While you won’t have the full depth of a defensive playbook, players will have an entire West Coast Offensive playbook, full of plays designed to get a team out of any tight spaces based around Singleback, Gun, and I-Form plays. You’ll see short, powerful bursts from your HB with HB Wham and HB Dive, stellar opportunities for your wideouts with WR Post and Corner Strike, and some trick plays with PA Flood and PA Poco. Get into the swing of things, let the Rhythm flow through you, and watch as your team grooves down the field for that sweet TD.