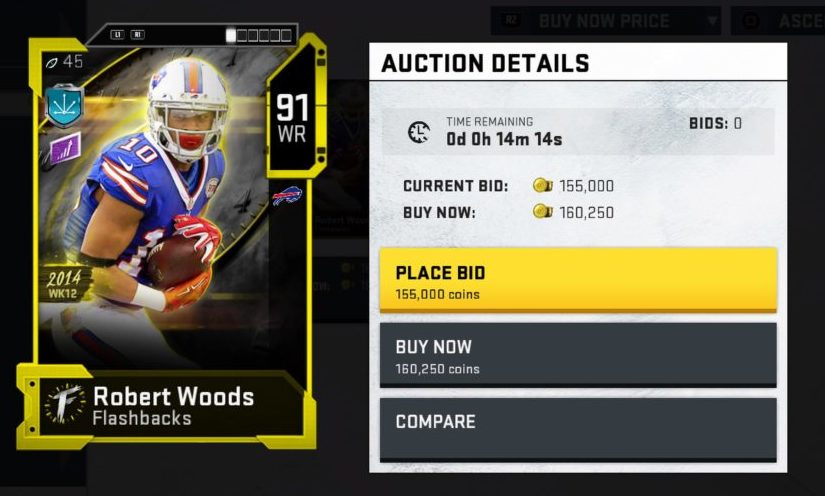 Our Monday dose of Flashbacks is here in the form of WR Robert Woods and CB Trumaine Johnson.

Both these cards fit into the “just for the theme teams” category. Starting with Robert Woods, he works on the Bills and Rams theme teams. It’s by no means a bad little card with 87 jumping, 92 catching, 87 catch in traffic, 86 spectacular catch, 87 short route running, 89 medium route running and 86 deep route running. But it has 82 release, 89 speed, 86 acceleration and 86 agility, which are just slowly not becoming viable anymore. He’s an interesting potential slot receiver, but the Bills have a rather stacked WR core already, and with the Rams it’s somewhat hard to see him squeezing in here either. 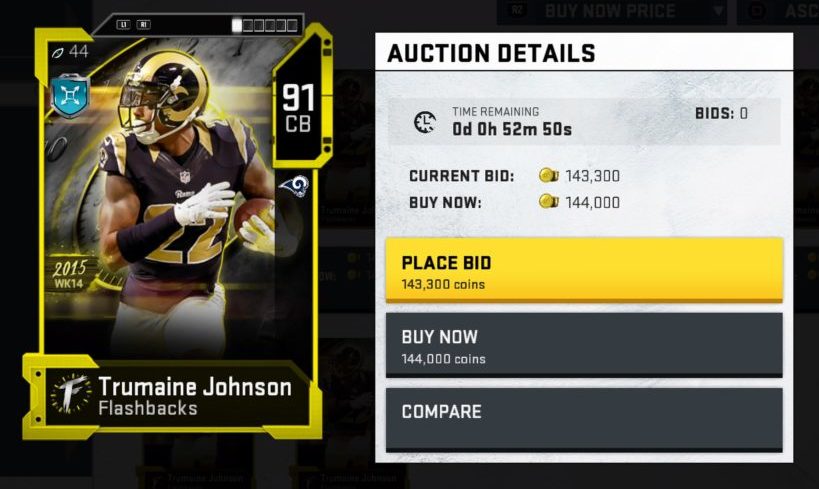 With Trumaine Johnson, you get Jets and Rams links. He has 87 speed, 87 acceleration, 88 agility, which by default means he’s not going to be one of your top CBs. Sorry, that’s Madden 20 not me saying that. He does get 86 man coverage, 91 zone coverage, 89 press, 91 awareness, 91 play recognition and 87 jumping. Those are good stats on that front, but again, I think it means he’s more theme team fodder than viable top corner.

Speaking of theme teams though, man, the Rams are getting quite the haul lately. You got Eric Dickerson, Night Train Lane, Trumaine Johnson and Robert Woods in the span of four days. That theme team should be moving up the power rankings now and has become even scarier with Warner, Donald, Holt and Kupp already in the fold.