Team of the Week is 100 percent defined by the collection reward of Tyreek Hill, but there are some other interesting tidbits to mention.

For anyone curious, here is the full list of 92+ OVR LOLBs currently available in Madden Ultimate Team: 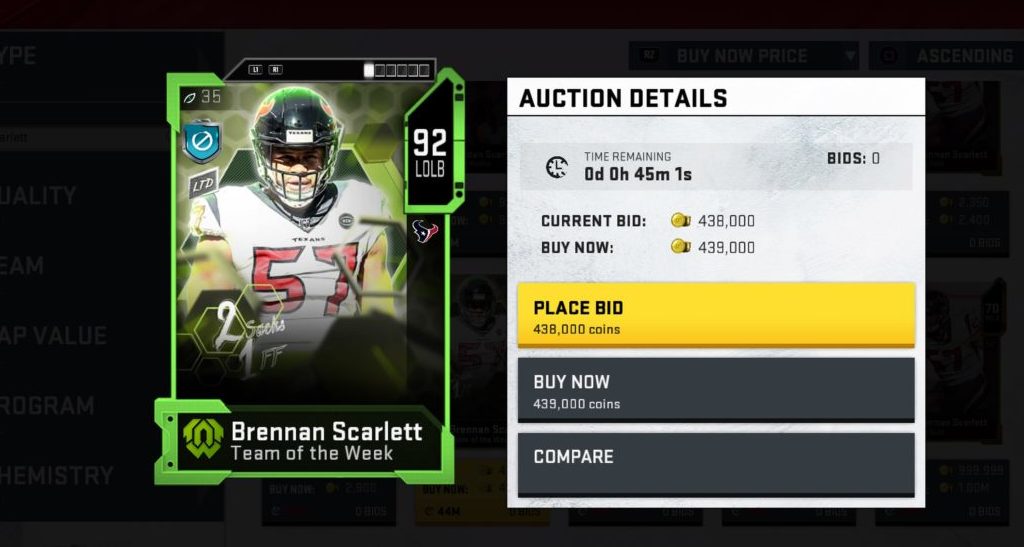 I’ll get to the Tyreek Hill in a moment, but it comes as a bit of a surprise that Brennan Scarlett is now the top-rated LOLB in MUT. He had a great week, and overall ratings are not everything, but this is an outlier right now. Regardless, I’m not sure this card is the “best” LOLB in MUT, but he should be good either as an edge rusher or dropping back into pass coverage.

Tyreek Hill is the Offensive Hero this week and, yep, this card is a monster. Hill is one of the most popular players to use in Madden so it should not be surprising to see him get a juiced card like this. Regardless, this card has incredible speed upside and is a scary deep threat. He’s currently auctioning for about 550-600K (again, no surprise) and he’s just going to be a most-wanted card when you tie in his video game reputation with his name recognition. 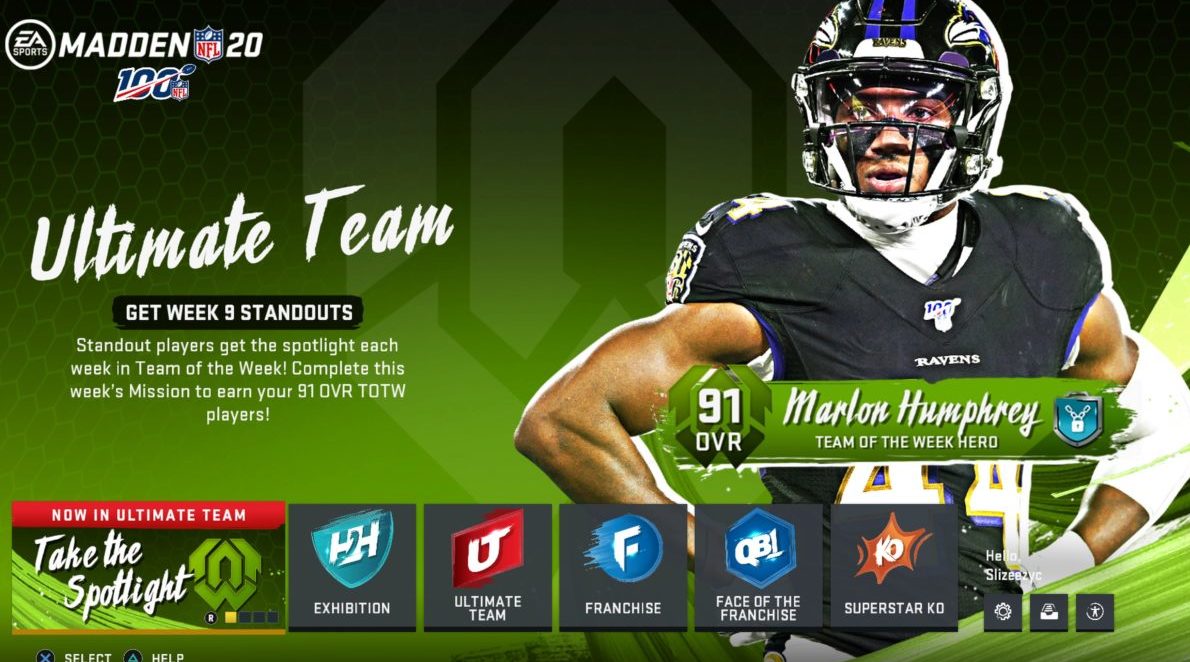 The Defensive Hero this week is Marlon Humphrey of the Ravens. It’s a 91 overall but is a little deceiving in some respects. His zone coverage is just 82, and his man coverage is 87. Those stats are solid, but you probably want more out of a 91. That being said, he’s got great press and strength ratings, so depending on the style of defense you run, he might be a cornerback who really fits into your scheme.

You can see above some of the other names in the Team of the Week. In addition, Jimmy Garoppolo also got a TOTW card.

Tomorrow, we get the latest batch of Heavyweights.